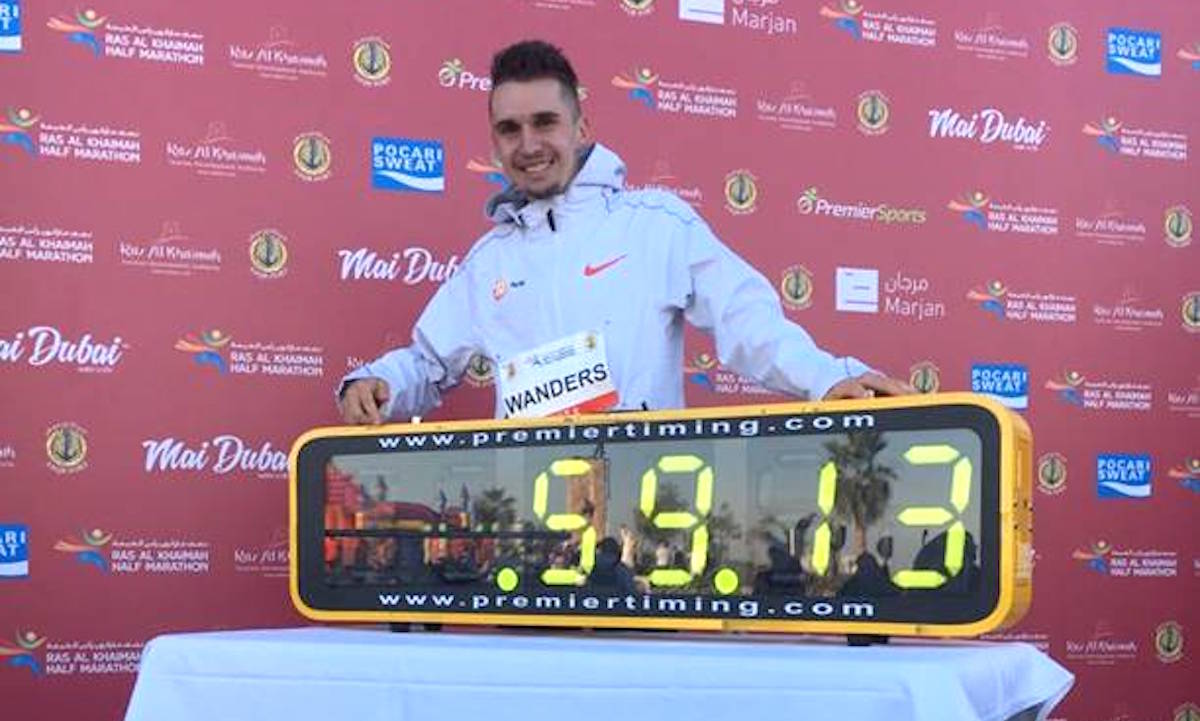 Another record breaking morning at the Ras Al Khaimah half marathon with 11 under 60 minutes and five women under 66:30.

Earlier this morning Julien Wanders (SUI) shattered the European Record previously held by Mo Farah in a time of 59:13. The young Swiss athlete has had his eye on this record for a while and has been preparing for the past months at altitude in Kenya. The record stood at 59:32 before the start of the race.

The fast conditions and competition levels of the RAK Half was always going to be a good place for the ever improving Swiss to try and break 60 minutes for the first time and he did in emphatic fashion.

“We don’t set any limits,” said Wanders when asked about his training set-up in Kenya. “I have a great group around me, they push me further. The mentality of the team is very nice.”

Julien’s hard work is starting to pay off. Having also ran a European Record on the 10km in 2018 and improving drastically from his previous half marathon personal best 60:09 ran in Barcelona last year.

The victory went to Stephen Kiprop who crossed the finish line on the fast course in the United Arabian Emirates in 58:42. Sender Teferi’s 65:45 was the fastest female debut in history according to online stats whizz Jon Mulkeen (@Statman_jon for those who wish to increase their daily athletics stats joy).

Julien Wanders his next race will be the Herculis 5km road race in Monaco on February 17.