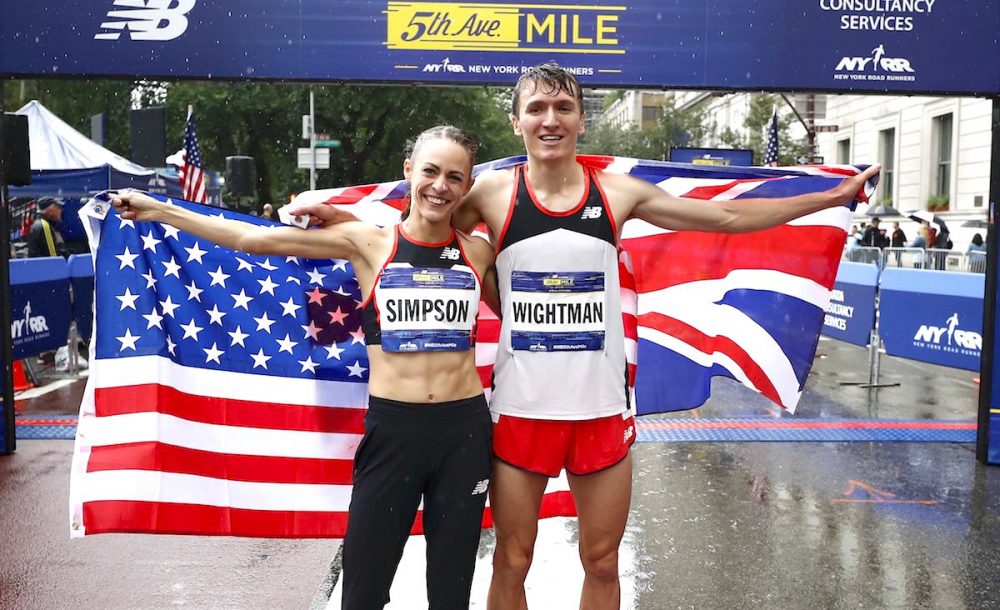 Wightman, won the men’s race in 3:53.5, well exceeding his seventh and 16th-place finishes at the event in the last two years.

The 24 year-old’s win in New York brings the curtain down on a fantastic season that included bronze in the 1500m at the Commonwealth Games representing Scotland, followed by another bronze in the same event in a British vest at the European Championships. New Zealand’s Nick Willis, 35, who was aiming for his record-breaking fifth event title, was the runner-up in 3:54.2, while Great Britain’s Neil Gourley was third in 3:55.3 in his road mile debut.

Chris O’Hare, who was second in 2017, crossed the line in sixth and Charlie Da’Vall Grice finished seventh, with both runners posting an official time of 3:57.

In the world’s oldest road mile race, 32-year-old Simpson won for the sixth time consecutively – and seventh in total – holding off her competition in the final steps by four tenths of a second to clock in at 4:18.8. It was the 10th fastest women’s time in the event’s 38-year history.

“I love that this race is American-made right down 5th Avenue, and I love that where I’m best known is here at home,” Simpson said. “Being a seven-time winner is very special to me.”

The USA’s Colleen Quigley, 25, finished second in a personal-best time of 4:19.2, recording her second podium appearance in the 2018 NYRR Pro Racing Series after winning the NYRR Wanamaker Mile in February. Great Britain’s

Great Britain’s Melissa Courtney was third in a personal-best time of 4:20.2. Laura Weightman, who set the British record of 4:17.6 in last year’s race, crossed the line in seventh in a time of 4:22. Sarah McDonald secured a top 10 place in 4:25, followed by Adelle Tracey in 12th and Steph Twell completed the British athletes in action in 14th.