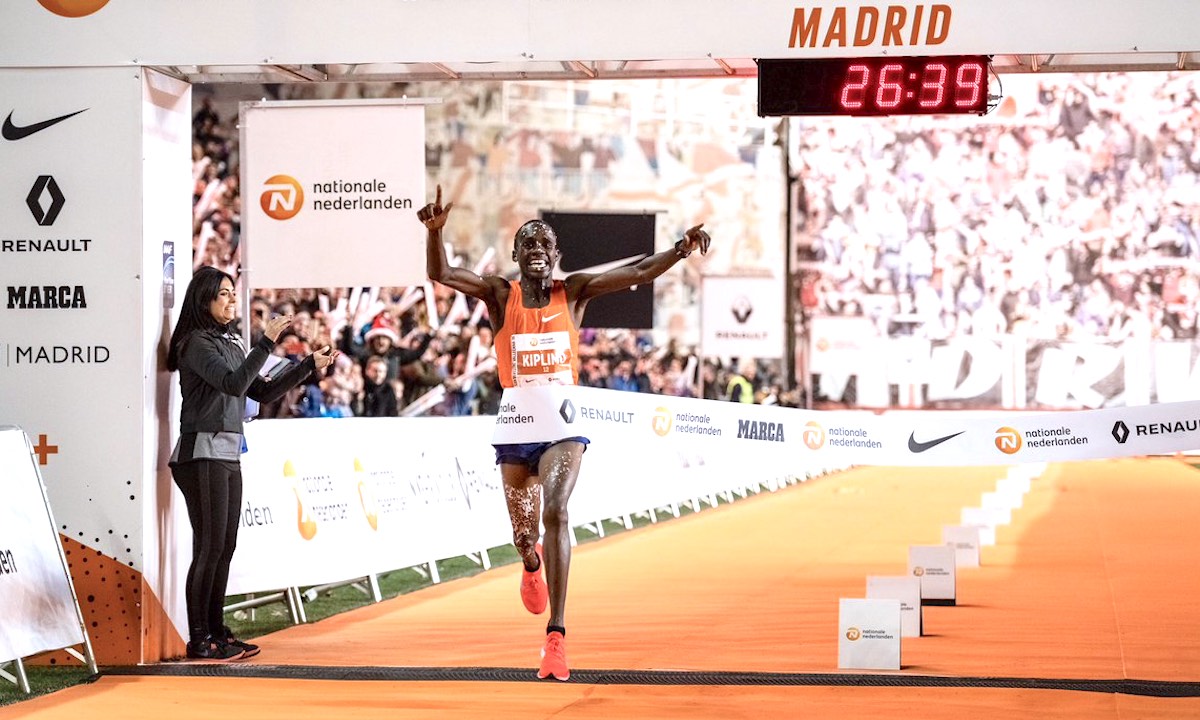 Teenager Jacob Kiplimo brought in the New Year by running the fastest ever 10k at the 54th San Silvestre Vallecana in Madrid on Monday (December 31).

However, Kiplimo’s performance is not eligible as a world record due to the downhill nature of the point to point course, leaving Leonard Patrick Komon’s 10k world record of 26:44 intact for now.

Kiplimo, whose previous 10k best was 28:17, was among the eight athletes who covered the first two kilometres in a blistering 5:24.

Kiplimo averaged 2:35 over the next three kilometres to clock 13:12 at halfway. The record breaking pace continued with Kiplimo storming to the win ahead of Ethiopia’s Abadi Hadis, who finished second in 26:54, while Uganda’s Mande Bushendich completed the podium in 27:24.