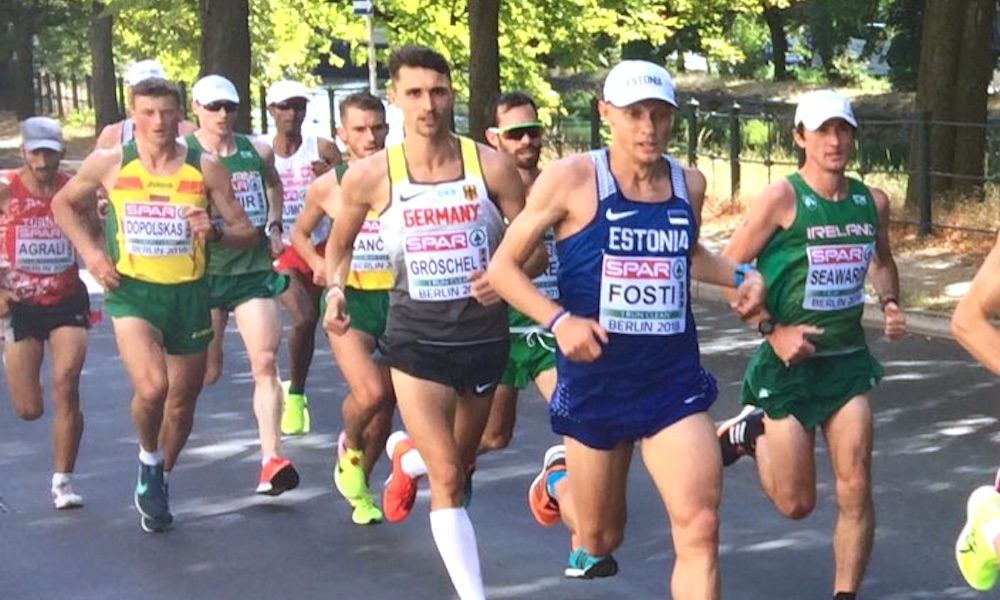 Ireland’s marathoners battled the tough conditions to finish six in the men’s team competition and eighth in the women’s event at the European Championships in Berlin on Sunday (August 12).

Kevin Seaward was the best of the men and once again impressed in a championship marathon to finish 15th overall in 2:16:58.

Seaward, who claimed a top-four spot at the Commonwealth Games in April, was followed across the finish line by Mick Clohisey in 18th place running a time of 2:18:00.

Conditions got progressively hotter throughout the race which proved challenging for the runners as the temperature got hotter the further they went into the race.

Koen Naert of Belgium took gold in a championship record of 2:09:51 ahead of Switzerland’s Tadesse Abraham in 2:11:24 with Italy’s Yassine Rachik completing the podium in 2:12:09.

In the women’s race, Lizzie Lee led the team to eighth place after crossing the line in a time of 2:40:12 to finish 29th overall.

The trio posted a combined time of 8:04:46 to finish eighth in the team competition.

Afterwards, Lee said: “Position wise and time wise I was hoping for a bit better but if you had told me I was going to finish at mile 22 I would have bitten your hand off.”

Volha Mazuronak of Belarus won gold in 2:26:22, just seconds ahead of France’s Clemence Calvin in 2:26:30, while Czech athlete Eva Vrabcova-Nyvltova completed the podium in a personal best 2:26:31.

The Belarusian lived up to the tag of pre-race favourite despite suffering nose bleeds and almost taking a wrong turn in the last mile.