Griffiths and Cockram seal back-to back wins at Barry Island 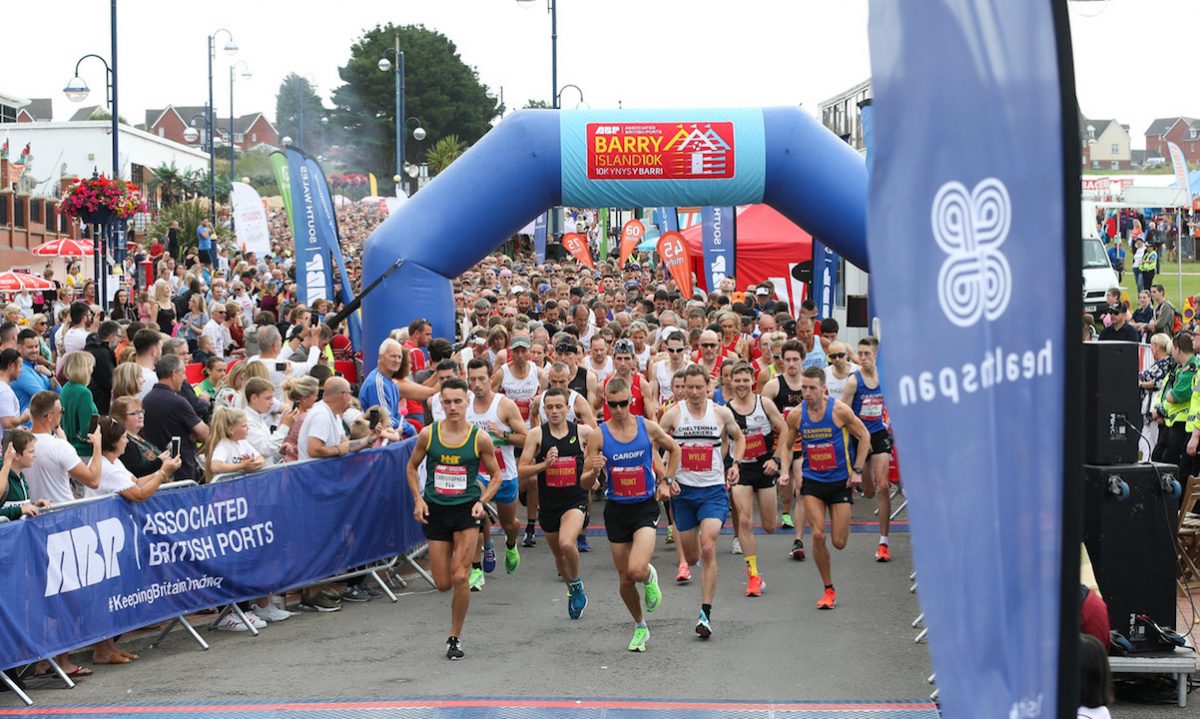 Josh Griffiths and Natasha Cockram backed up their victories in Porthcawl as they rounded off the Healthspan Wales 10K Series with impressive wins in the ABP Barry Island 10K.

Griffiths made it six podium finishes in a row this summer as he took the tape in 30:22 to not only scoop the Barry title, but also the £500 on offer as the overall champion of the Healthspan Wales 10K Series.

Third last year behind Dewi Griffiths and Matt Clowes, Griffiths was more than a minute quicker than in 2018 and came home 16 seconds clear of Exmouth’s Tom Merson. Welsh cross country champion James Hunt, who had pushed Griffiths all the way at the Healthspan Porthcawl 10K, was third a further 30 seconds back.

“It is a tough little course and the aim was to win. It wasn’t easy, but that’s three in a row for me now over 10k,” said Griffiths.  “I’m on a bit of a roll, but I’ve got big targets in the autumn and I want to keep the ball rolling – this is a good start, but it isn’t over.

“I’ve got big half and marathon plans in the autumn. I haven’t announced where I will be running yet, but you’ll know soon enough.

“I’ve had a good summer of racing and that is five or six podium finishes in a row, but the main races are still to come. It is always nice to turn up for the Run4Wales races because they don’t just put on good races, they support the athletes as well.

What does the future hold over 26.2 miles?

His marathon date in October or November will be critical for him as he examines where next to go in his career. Olympic qualification requires a time of 2:11.30 and Mo Farah, Callum Hawkins and Dewi Griffiths have all run faster than that and are in poll position for the British tickets to Tokyo.

But Griffiths is nothing if not ambitious and the Swansea Harrier confesses he would love to add to his British World Championships and Welsh Commonwealth Games vests by becoming an Olympian. If he can improve on his pb then he could break into the all-time Welsh top 10, which has Adrian Leek at 10th in 2:14.03.
“I would love to make an Olympic team one day, whether that’s next year or in five years time. I am still only 25, which in marathon terms is still pretty young,” he added.

“There are good athletes around like Mo, Callum and Dewi, so it will be a big ask to make it next year. I don’t like to get too far ahead of myself, but I’ll still be around in five years time.

“Dewi has run a lot faster than I have and, because he is a little bit older than I am. he has always been someone for me to aspire to. We don’t live that far apart and he has showed me what is possible.”

Next on his racing schedule is a 10 mile race in Dublin in three weeks time before he steps up to the serious stuff with a half-marathon and then a full marathon. Marathoners making a statement over 10k

There was no stopping Cockram as she powered to her second successive win in the Healthspan Wales 10K Series. No sooner had the Micky Morris Racing Team runner taken the tape than she went on to add a further 15 miles to her training diary as she continued her build up to an autumn marathon.

She is fast putting the disappointment of her injury in the London Marathon earlier in the year firmly behind her and is aiming to head to the Dublin Marathon in October in peak condition. If she can do that then she could move even further up the Welsh all-time ranking lists.

Houston and the disappointment of London

Having won the Newport Marathon last year she clocked 2:35.49 in Dublin as she came home in fourth. She then became the fourth fastest Welsh woman of all-time with her 11th place finish in Houston, Texas, in January, lowering her best to 2:34.18.

“I thought it was going to be harder because I am still marathon training. It is nice to know I still have a bit of speed in my legs,” said Cockram.

“I am hoping to go back to Dublin in October and I’m definitely in better shape than this time last year. I’m hoping to get a pb and I feel in 2:32 shape
“I might do a quick turn around again and look for another marathon a month or so later. I might still use Cardiff Half as a bit of a training run.”

There was also an international battle between Wales and England as the race played host to a Master’s International. The home nation came out on top in convincing fashion. Full results will be finalised in the coming days.

RELATED: Natasha Cockram talks about getting in the zone.