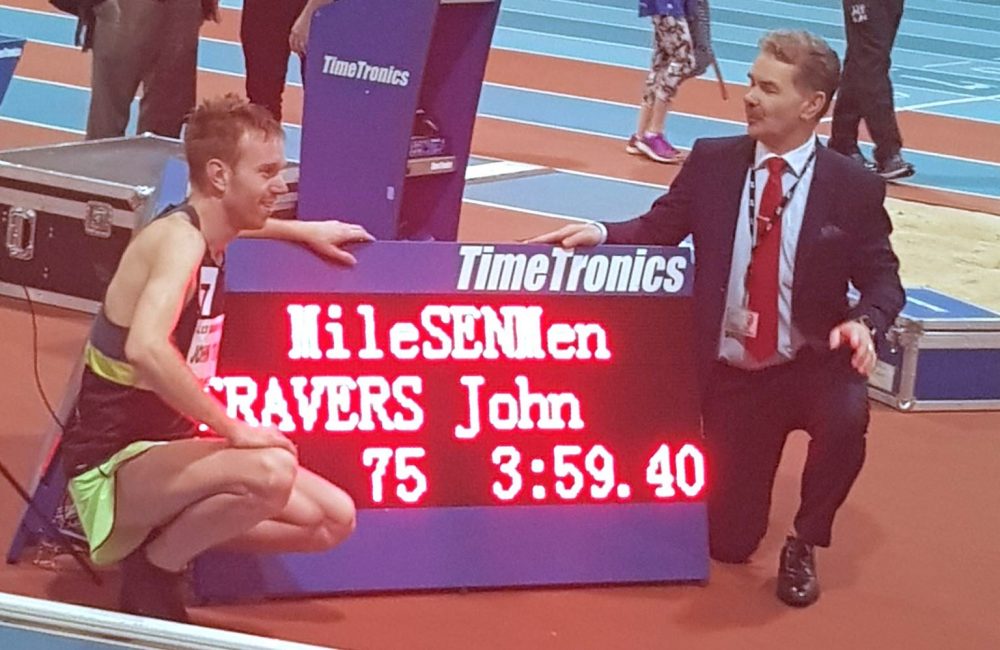 In the final track event of the night in Athlone, John Travers became the first Irishman to run a sub four-minute mile indoors in Ireland.

It has been a busy seven days for the Donore Harrier, who last Thursday ran a 5k road personal best 14:16 at the Armagh 5k, before successfully retaining his Irish 3000m indoor title on Sunday.

The 25-year-old showed he had the kick to overcome Portugal’s Victor-Ricardo Dos Santos down the home straight, who had to settle for second, with British athlete Seb Rodger finishing third.

Barr, who competed over 200m at the Irish Indoor Championships on Sunday, will now turn his focus to the outdoors with the European Championships his goal this summer.