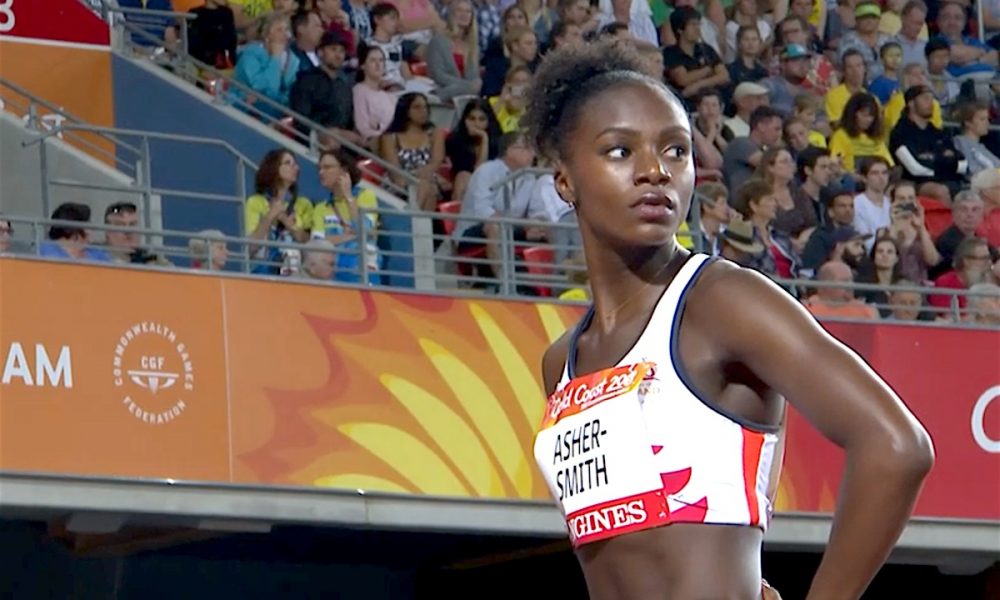 Britain’s fastest woman improves her own national record by 0.07 in Oslo.

Dina Asher-Smith clocked 10.92 to set a new British 100m record at the Bislett Games in Oslo on Thursday evening (June 7).

The 22 year-old, who won a 200m bronze medal at Commonwealth Games for England in April, finished narrowly second to Murielle Ahouré who won in 10.91.

Asher-Smith first broke the 11 second mark in 2015 when she ran 10.99 at the Anniversary Games in London.

Last month in Eugene, Asher-Smith ran 11.06 to record what was the third fastest time of her career before Thursday.

Elsewhere at the Bislett Games, which incorporated the fifth Diamond League of the season, Chris O’Hare won an exciting men’s 1500m race in 3:35.96. O’Hare finished ahead of USA’s Robby Andrews in 3:36.05 with 17 year-old Jakob Ingebrigtsen third across the line in a PB time of 3:36.06.

Heyward overtakes Steve Cram and joins Graham Williamson and Niall Brooks as the only British U20 athletes to break the 3:40 mark.

Laura Muir was less than a second outside her 800m personal best finishing fifth in a European-leading time of 1:59.09 as Caster Semenya claimed victory in 1:57.25.