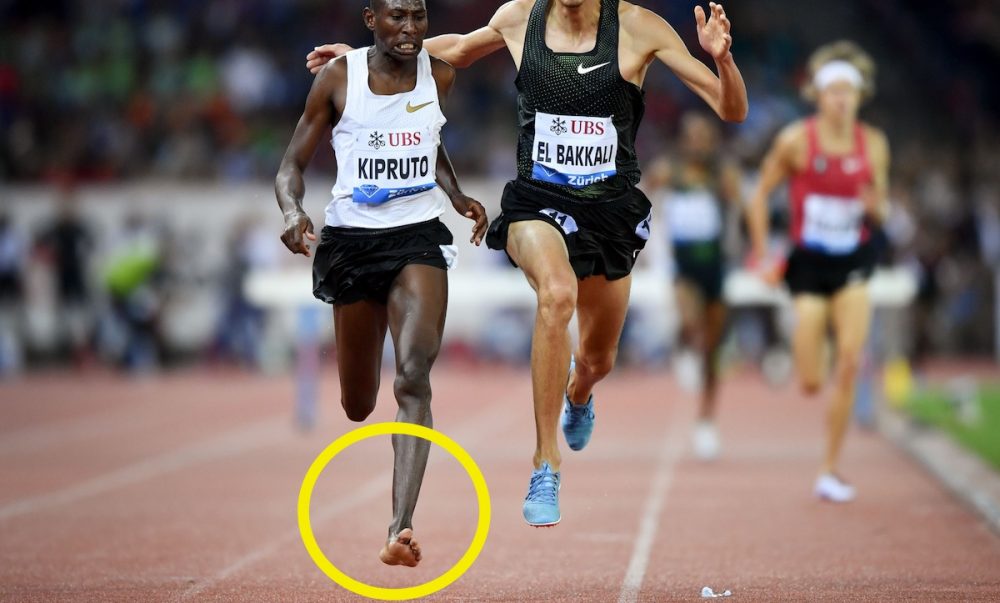 The Olympic champion loses his shoe early in the race and powers on to win the 3000m steeplechase final.

At the beginning of the second lap the Kenyan star, who won Olympic gold at Rio 2016, lost his left spike, but calmly kept his position with the lead group for the remainder of the race, before edging out Morocco’s Soufiane El Bakkali in a thrilling sprint finish.

World champion Kipruto crossed the finish line in 8:10.15 with world leader El Bakkali just behind in 8:10.19.

The 23 year-old’s fantastic performance not only earned him a memorable Diamond League trophy, but he also hobbled away with the $50,000 winner’s prize.

“It was hard and painful to run without another shoe, but I just had strong spirit to never give up, the crowd was amazing and I keep going to the winning,” said Kipruto afterwards.

Why not test yourself?

Elsewhere, there were wins for Caster Semenya in the women’s 800m, Noah Lyles in the men’s 200m and Hellen Obiri impressed to win the women’s 5000m trophy ahead of Sifan Hassan – who makes her half marathon debut next month.

The second night of Diamond League finals take place in Brussels on Friday.