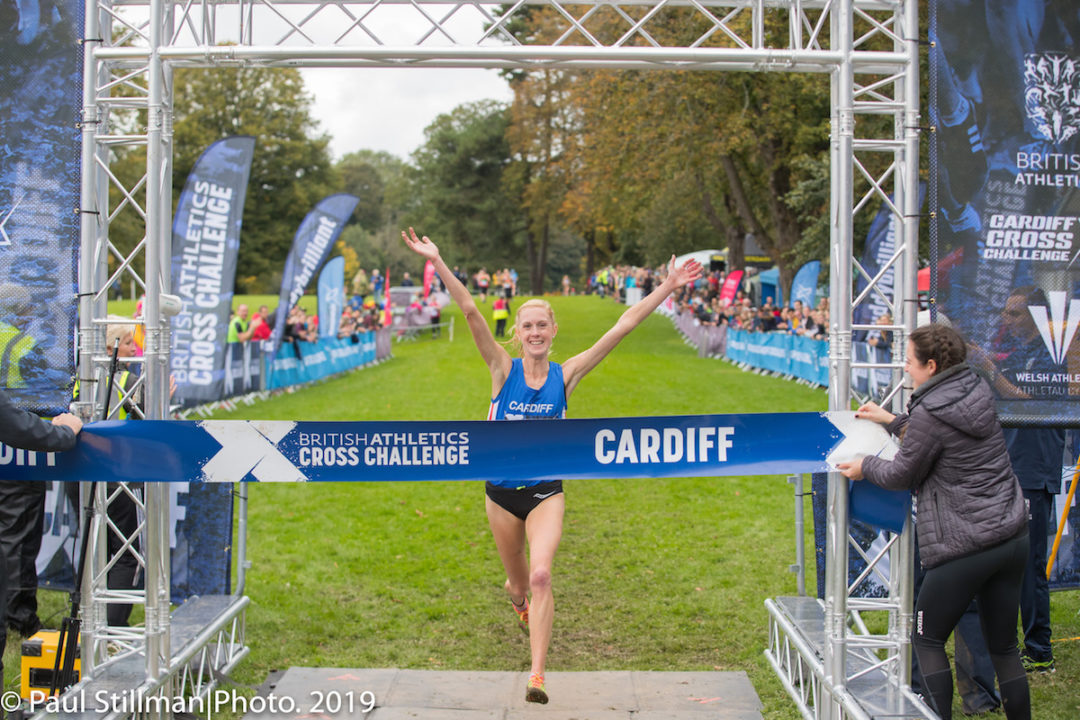 Scott had showed his Cross Country pedigree last December with a ninth place finish at the Spar European Cross Country Championships in Tilburg.

The trio shared the lead for much for the race but with Scott using his track speed to go clear of Mahamed meaning the Southampton man recorded a third consecutive second place finish in Cardiff.

Ward did indeed finish third, making a welcome return to racing in the capital following an Athletics scholarship at Bradley University in Illinois.

Jonathan Glen of Inverclyde AC was next to finish with Cardiff man Ciaran Lewis closing out the top five. ‘It was a good ace there today with proper conditions after the 10 races that came before it’ commented Scott.

‘It’s what I came here to do, to have good competition around me, run hard and make sure that the other guys run hard too. It was good to get out there and get my name back on the Cross Country circuit. I’ll wait and see what happens for the season’.

‘I went to the world championships and obviously not had a break yet so I will have a break at some point but the Europeans are at the back of the mind’.

Local girl Arter was an emphatic winner of the women’s race, timing her move perfectly and decisively pulling clear halfway through the final lap.

Her winning time of 21:31 for the 6,400m course saw her run seconds faster than the time recorded by 2018 winner Anna Moller before going on to take the European U23 title in December.

Arter had begun as a favourite following a fastest leg run at the ERRA National road Relays last weekend to lead her Cardiff team to victory. She had been looking for a strong start to the Cross Country season and will now hope to emulate her 2018 win at the European Trials in Liverpool.

‘I’m really happy with how today went’ said Arter. ‘It’s always fun to start the Cross Country season here in Cardiff and it was great that Jenny and I could get first and second’.

‘I need to go in to Liverpool in the best shape possible and try to book my place on the team for the Europeans. Once you’re there, anything can happen and I will just try to get as close to the medals as possible’.

Four of the Great Britain and Northern Ireland team from the IAAF World Championships in Aarhus contested the u20 men’s race but it was Inter-Counties Champion Matt Willis of Wrexham AAC who soared clear for victory to announce himself as the man to beat this season.

Beatrice Wood of City of Salisbury AC was the U17 women’s winner with Flynn jenkins won a hotly contested U17 men’s race.

Kiya Dee of Highworth RC won the U15 girls title with Lewis Sullivanof Saint Edmund Pacers some way clear in the U15 boy’s race.