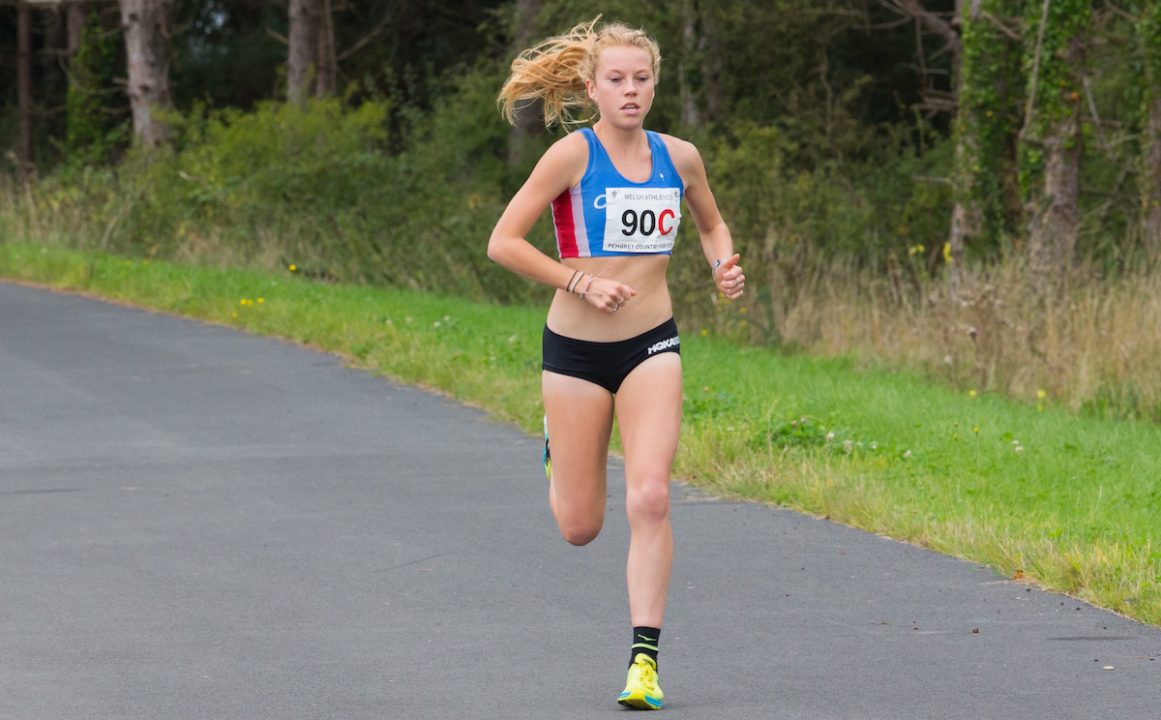 Swansea Harriers were the defending champions in both races but it was the teams from the capital city that were by far the strongest this time around.

The event returned to Pembrey Country Park near Llanelli, hosting a trial trace for the ERRA National Road Relays for the first time and with competitors enjoying far better weather conditions than when torrential rain blighted the races 12 months ago.

The Cardiff women’s team enjoyed a gun to tape victory, led off by Lucy Marland who came home with a 90 second margin after the first leg. Uk Inter-Counties Champion Jenny Nesbitt was third off for the Cardiff team, comfortably fastest with a time of 19:11. Clara Evans enjoyed the glory leg in a time of 19:25 as the second fastest of the day.

Swansea Harriers cleared out the podium places with silver and Bronze team medals. Cardiff Men make it a double

The Cardiff men’s team took the lead at the end of the second leg courtesy of British 50km record holder Dan Nash. Jake Smith increased the lead on the penultimate leg, recording the fastest time over the 5.6km course in 16:48.

Ciaran Lewis was second fastest of the day on the final leg, bringing his team one step closer to taking the victory at the ERRA National Autumn Relays that they have been targeting.

Pontypridd Roadents were the silver medallists led by Paul Graham who was their fastest man and had led after the race outright on the first leg. Aberdare Valley AAC regained their Bronze medals from last year.

Cardiff Athletics Team Manager Mark Gold said; ‘ It’s been an absolutely outstanding day for Cardiff Athletics, collecting both the senior men’s and women’s races and also do very well in the junior races. The club is moving along in all directions, both at road running and Track & Field’.

‘We’re looking forward to the six and four stage where we can do really well and put down a marker for Wales’.

Lloyd Sheppard was the fastest U17 of the day, leading his Cardiff team to victory just three seconds faster than Welsh 1500m record holder Ben Reynolds. Nia Clatworthy was the quickest U17 women helping her Cardiff team to a substantial victory over second placed Cardiff Archers.

Maldwyn Harriers were U15 boys victors with local club Carmarthen Harriers retaining their U13 Boys crown. Cardiff took the remaining U15 and U13 Girls honours.