Ben True is first American winner of NYC Half 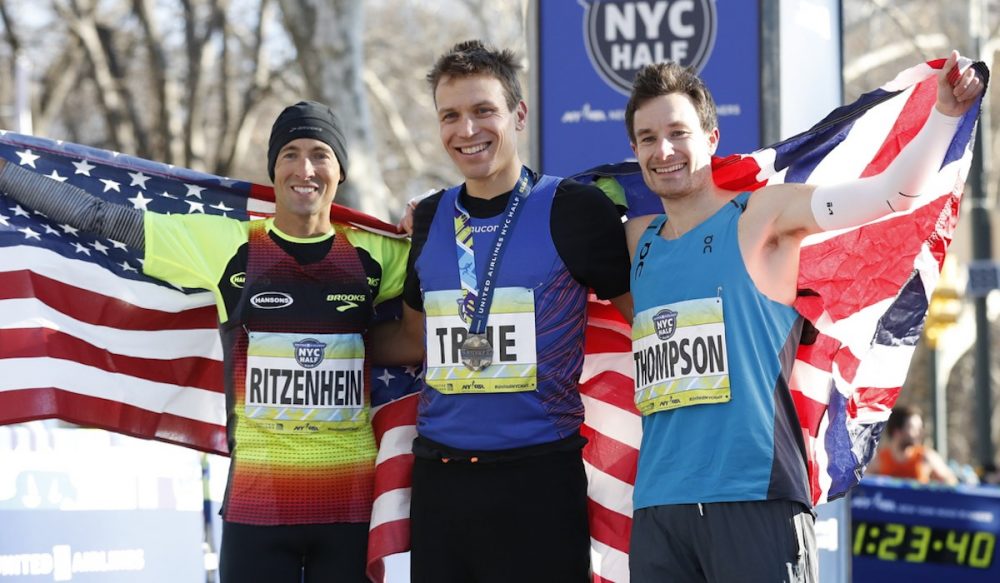 True was making his debut over 13.1 miles and what a way announce yourself by becoming the first American winner of the New York City Half Marathon.

After a slow start due to the cold weather and a headwind, the race soon turned into a tactical affair with the American 5k road record holder, compatriot Dathan Ritzenhein, GB’s Chris Thompson and Ethiopia’s Teshome Mekonen all in contention.

However, in the closing stages, it soon became a two-way race and with 200m to go True outkicked Ritzenhein and pulled away for a debut three-second win in 62:39.

True, 32, is best known for his time on the track over 5000m and 10,000m, as well as a top performer in cross country with a silver medal at the 2013 World Cross Country Championships the highlight of his career.

Ritzenhein crossed the line in 62:42 with GB’s Chris Thompson finishing only a second behind in 62:43.

For 36-year-old Thompson, it’s his fastest time over the distance since 2012 and one second quicker than his Great Scottish Run win last year.

Ethiopia’s Buze Diriba overtook USA’s Emily Sisson with 200m to go in the women’s race and despite the American’s best efforts to catch her rival in a sprint finish held on to win in 72:23. 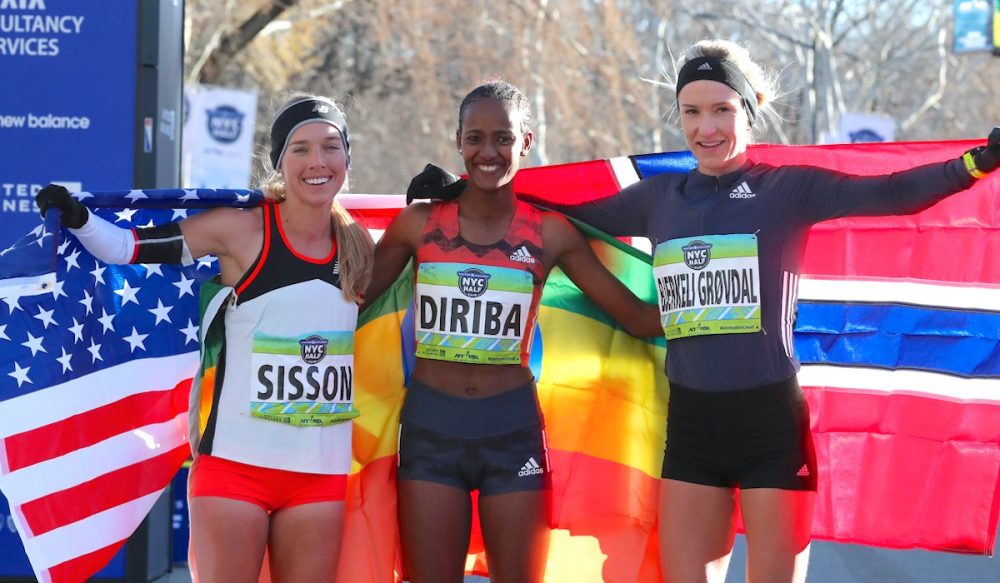