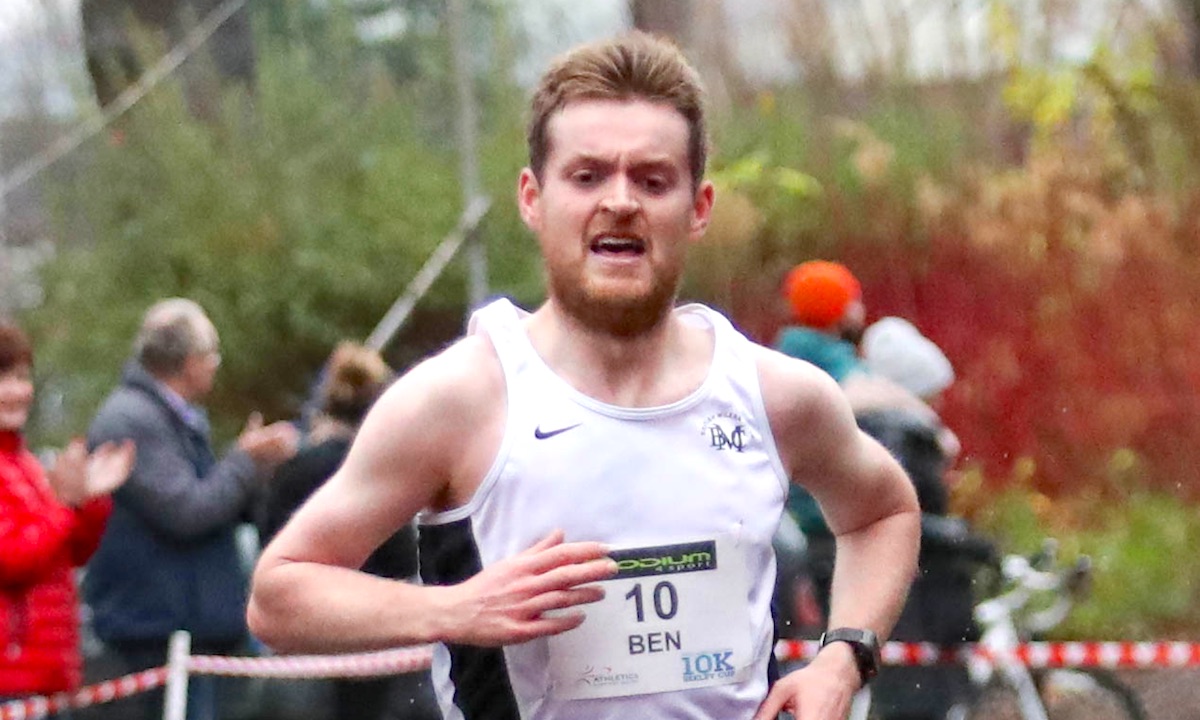 The pair take the honours at Northern Ireland’s top 10k as North Belfast Harriers and North Down clinch the team prizes.

Despite not hosting the NI & Ulster 10k Championships this year, the prestigious road race, that starts at the Ormeau Embankment before laps in the Ormeau Park, once again welcomed the strongest depth of any 10k in Northern Ireland with 23 men finishing under 33 minutes and seven women under 37 minutes.

Branagh won the men’s race in a personal best time of 30:29 ahead of North Belfast Harriers’ Mark McKinstry, who also ran under 31 minutes for the first time crossing the finish line in 30:38 (CT:30:36).

McKinstry, who won the M35 title at the British and Irish Masters Cross Country International last month, was followed home by City of Lisburn’s Chris Madden who clocked a PB of 31:16 (CT:31:14). Nakita Burke followed up her recent win at the Donegal Cross Country Championships with a strong performance to take the women’s title.

The Letterkenny athlete crossed the finish line first in a PB of 34:57 (CT:34:54) ahead of North Down’s Jessica Craig and Caitriona Jennings, also of Letterkenny AC. Craig, who won a team bronze with her club at last weekend’s Irish Cross Country Championships, clocked a new best of 35:36 (CT:35:33) to take the runner-up spot.

Craig, Sarah Grant and Jodi Smith clinched the team honours for North Down AC ahead of Beechmount Harriers and Letterkenny AC.