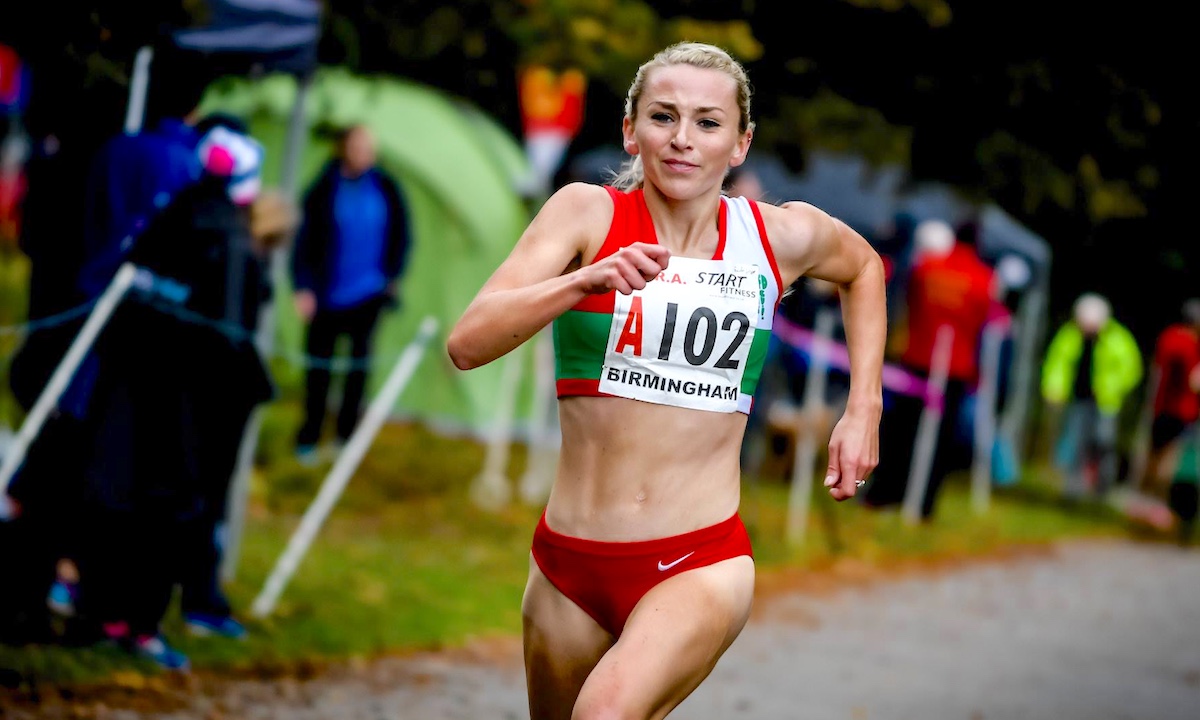 Clubs impress at the national 6-stage and 4-stage relays at Sutton Park.

Aldershot, Farnham & District’s women defended their title and Stockport Harriers took the men’s equivalent at the ERRA National Road Relays at a wet and windy Sutton Park on Saturday.

The quartet of Emily Hosker-Thornhill, Laura Gent, Amy Griffiths and Louise Small combined to give AFD a clear victory, their 11th in 12 years in this event, in 57 minutes 56 seconds. Leeds City AC placed second in 59:29, 27 seconds ahead of third-placed Tonbridge.

Hosker-Thornhill gave AFD the lead after the first of the 4.33km legs, coming home in 13:58, which was to remain unofficially the fastest overall of the race. Leeds’ Steve Stockton handed over 19 seconds later, but it was her team-mate Lucy Crookes who took over at the front by the halfway mark by just three seconds.

However, Griffiths put the champions back in front and stretched out a lead of 50 seconds before Small’s anchor leg made sure of the win.

Jessica Judd of Blackburn Harriers and Lauren Howarth of Leigh Harriers unofficially put in the second and third fastest legs overall with 14:07 and 14:12 respectively. The men’s race was much closer and more changeable before Stockport took the tape in 1:45:07, 25 seconds ahead of runner-up Leeds City with AFD in third another eight seconds back.

Liverpool Harriers led after the first leg through Jonny Mellor’s 17:08 for the 5.848km leg, which was unofficially the second quickest of the race. Callum Johnson then took over at the front for Gateshead Harriers, a second in front of Cambridge & Coleridge’s Jack Gray.

Gateshead then dropped behind as C&C’s European under-18 3000m champion Thomas Keen and Lincoln Wellington’s Aaron Scott battled it out at the front before the former handed on around a second to the good.

It was still very close at the end of leg four as Lloyd Kempson ended the stage narrowly ahead of Lincoln’s James Straw. Meanwhile, just behind were Stockport, who had been led off by Jack Morris, Andrew Davies and Steve Vernon and, through Patrick Martin, were by then well in the mix.

Jack Martin then put Stockport in front, but Leeds were in contention in second as AFD were third. With Rio Olympic 10,000m runner Ross Millington on the final leg, Stockport were favourites and running unofficially the fastest leg of the day of 16:54, he did not disappoint. The young athletes’ titles had earlier went to six different teams. Charnwood (under-17), AFD (under-15) and C&C (under-13) won the boys’ races.

Published results (https://www.race-results.co.uk/results/2018/) were provisional as this report was filed and were known to contain inaccurate split times. Keen’s time was around 17:50 – not the 16:50 given as the quickest overall.