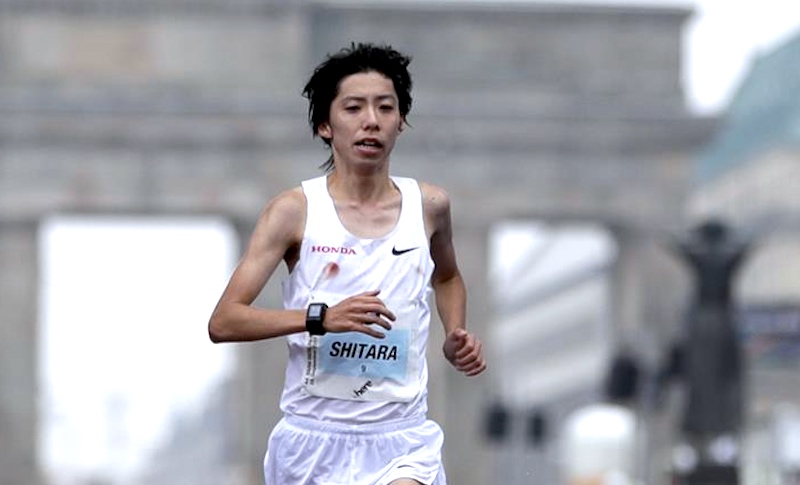 Dickson Chumba and Birhane Dibaba may have won the Toyko Marathon on Sunday (February 25), but the performances of Japanese marathoners, in particular, Yuta Shitara, deserves the headlines.

Kenyan Chumba won the men’s title in 2:05:29, while defending champion Wilson Kipsang dropped out, however, it was Yuta Shitara in second place that was the performance of the race.

The Japanese marathon history doesn’t stop with Shitara and a fantastic six men ran sub 2:09 on the streets of Toyko.

That is incredible strength and depth and putting it into perspective only five British men have broken the 2:09 barrier in total, never mind a single race.

For American marathoners, it is a similar story with only eight men ever dipping under the mark.

In recent years Japenese distance runners have made strides on the half marathon and now that strength is transferring to the 26.2 miles.