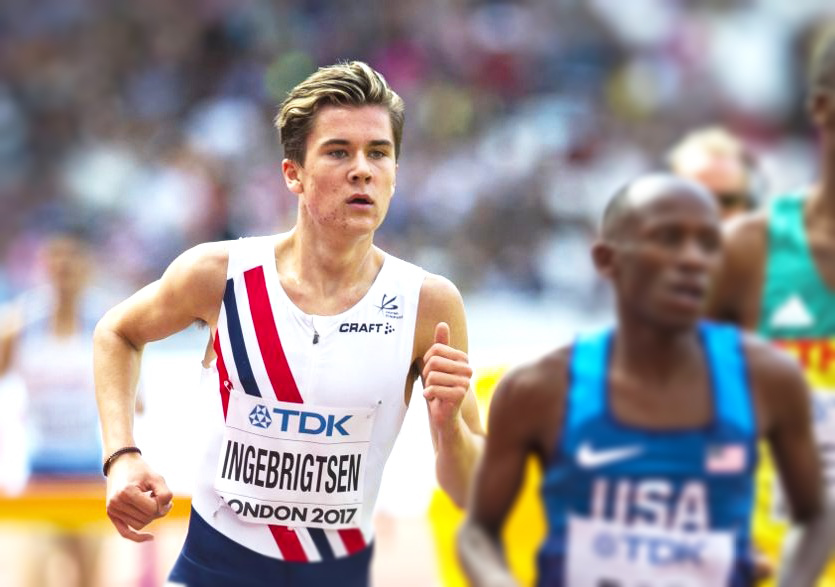 The Norwegian teenager beat two Olympic medallists in his season opener in California.

Racing against some of the best middle-distance runners in the sport, Jakob Ingebrigtsen was the star at the Payton Jordan Invitational in Stanford, California on Thursday night (May 3).

The talented 17 year-old, brother of Henrik and Filip Ingebrigtsen, ran a personal best 3:39.06 to take victory ahead of USA Olympic and world medalist Paul Chelimo and reigning Olympic 1500m champion Matt Centrowitz in the 1500m race.

Ingebrigtsen, who spoke to Fast Running last year about his family, goals and aspirations, ran a final lap of 55.24 making the decisive move with 200m to go and passed Chelimo before opening up a gap that only grew as he went on to achieve the qualifying standard for this summer’s European Championships.

That wasn’t the only success for the family, with older brother Henrik running a big personal best 13:16.97 to take victory in the 5000m and an early season world-leading time.

After an impressive cross country season and on the road, Ben Connor took nine seconds from his 10,000m best clocking 28:14.56 to finish 11th as Shadrack Kipchirchir took the win in 27:39.65.

Connor was named in the GB team this week for the European 10,000m Cup which is incorporated into the the Highgate Harriers’ Night of 10,000m PBs later this month.