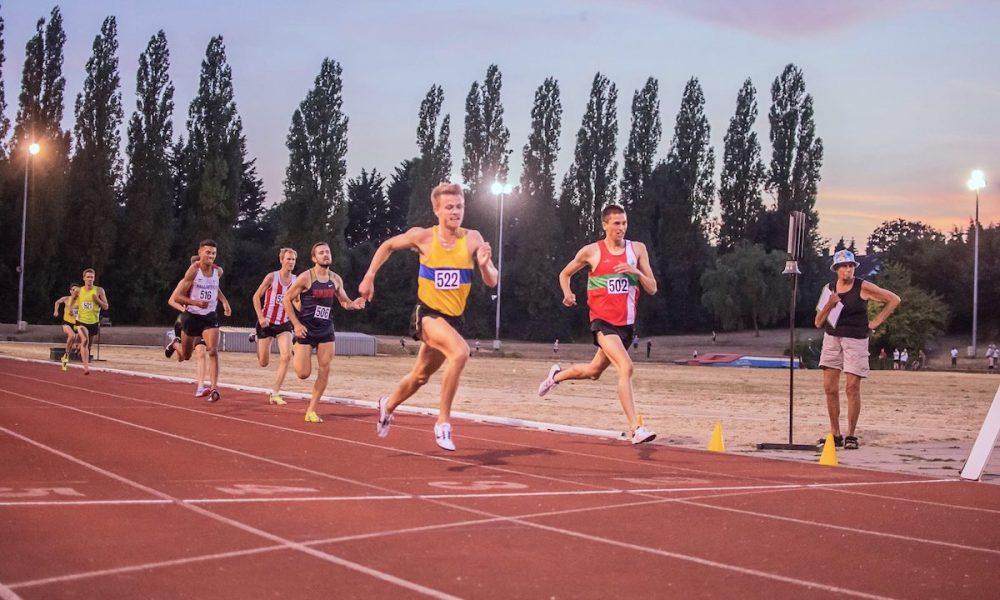 Luke Traynor and Jake Heyward are among the British athletes to run under the mark at the Watford Harriers hosted meet.

A superb 11 runners broke the eight-minute barrier in the elite men’s 3000m race on Wednesday (July 25) night in Watford, with many quick to praise Mark Hookway for organising the race and the excellent pacing.

Luke Traynor led the field across the line in a big personal best 7:53.88, one week after running a 5000m PB of 13.39.95 at the Morton Games in Dublin. Traynor was in fifth place on the final lap before he unleashed a blistering kick to overtake his rivals down the home straight.

The fast improving Richard Allen was second clocking a PB of 7:54.06. The former duathlete recently spoke to Fast Running about his impressive year after deciding to focus completely on running.

Heyward’s impressive 1500m time in London moved him to number two on the British under-20 all-time list and his performance on Wednesday night sees him jump to third on the under-20 list for 3000m.

Like Traynor, Alex Teuten clocked a 5000m PB in Dublin and was back on the track in Watford to run another lifetime best of 7:55.26 to finish sixth.

Ieuan Thomas warmed up for the steeplechase at European Championships running a PB of 7:56.31 without the barriers.

Video coverage of the race and Luke Traynor’s brilliant finish can be watched below.

Do you like what Fast Running stands for? Then please support us and become a patreon. For as little as the price of a monthly magazine you can support Fast Running – and it only takes a minute. Thank you.