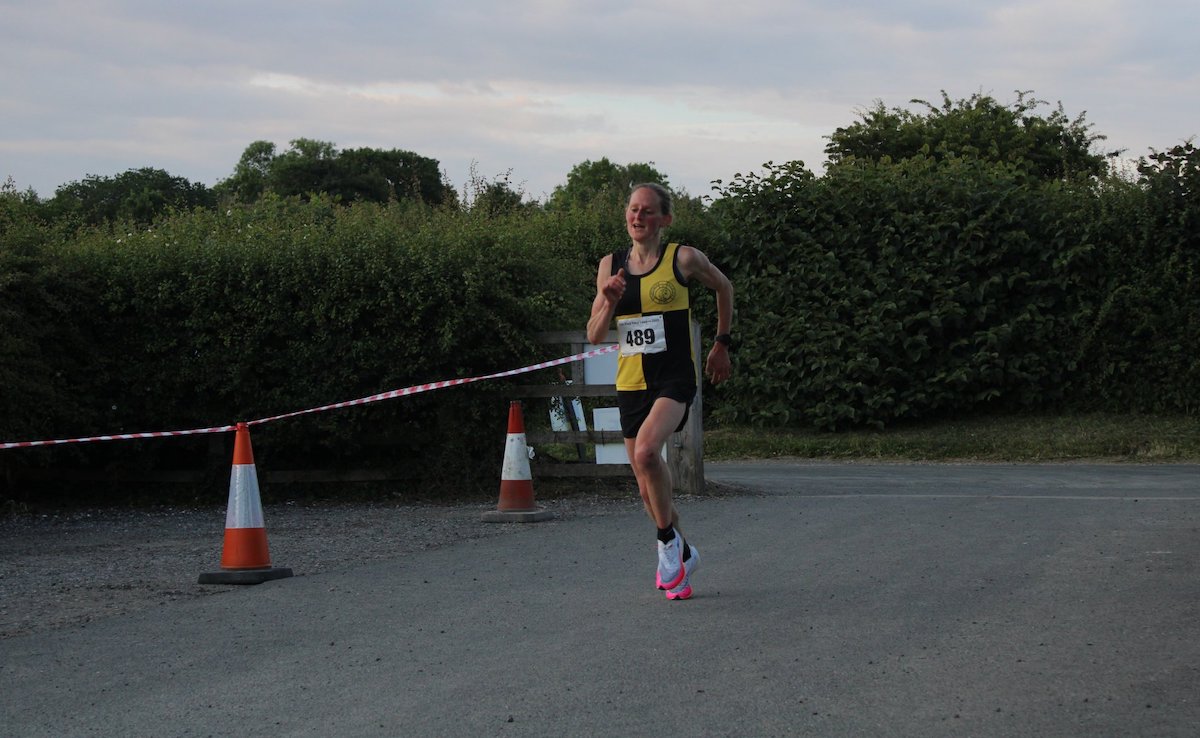 Penty (York Knavesmire Harriers) triumphed by 25 seconds on the new Yorkshire Wolds course, which started and finished at Bugthorpe.
Making her first appearance in the league since 2015, Penty held off Charlotte Mason (City of York), whose runner-up spot meant she guaranteed at least a share of the women’s series title.

Jordan Howe (York Postal Harriers) was crowned men’s champion after round four, but made it five wins in a row as he finished 55 seconds clear of Dan Tate (Selby Striders).
The undulating profile of the course, which featured over 500 feet of ascent, meant average times were slower than in previous races, and made Penty’s 36:46 clocking all the more impressive.

Penty finished in 10th place overall, with the consistent Mason (37:11) 12th, while Knavesmire’s Helen Cross was third woman in 37:57. Cross needs to win round six at Wistow to finish as joint champion with Mason in the female standings. Knavesmire trio Josie Rawes (38:26), Emily Baines (39:17) and Susannah Reid (40:42) completed the top six.

Howe could have been forgiven for putting his feet up after winning the first four races of the series, but actually secured his biggest victory margin of the summer with a 33:01 clocking. Tate recorded 33:56 for second and boosted his own hopes of finishing runner-up in the men’s standings.

Tadcaster Harriers’ James Eaton (34:14) took third, ahead of Knavesmire’s Laurence Griffin (34:56), Tadcaster’s Wayne Wetherill (35:09) and City of York’s Alex Dickinson (35:53).
Penty was the leading vet 35 woman, ahead of Cross, who was crowned category champion after round four, and Selby’s Elizabeth Nairn (40:53).

Knavesmire sealed the women’s series team title with another dominant display, a fifth straight win placing them ahead of Pocklington and Selby on the night. Tadcaster wrapped up the men’s crown in similarly emphatic fashion, with Knavesmire and Acorn second and third on the night.