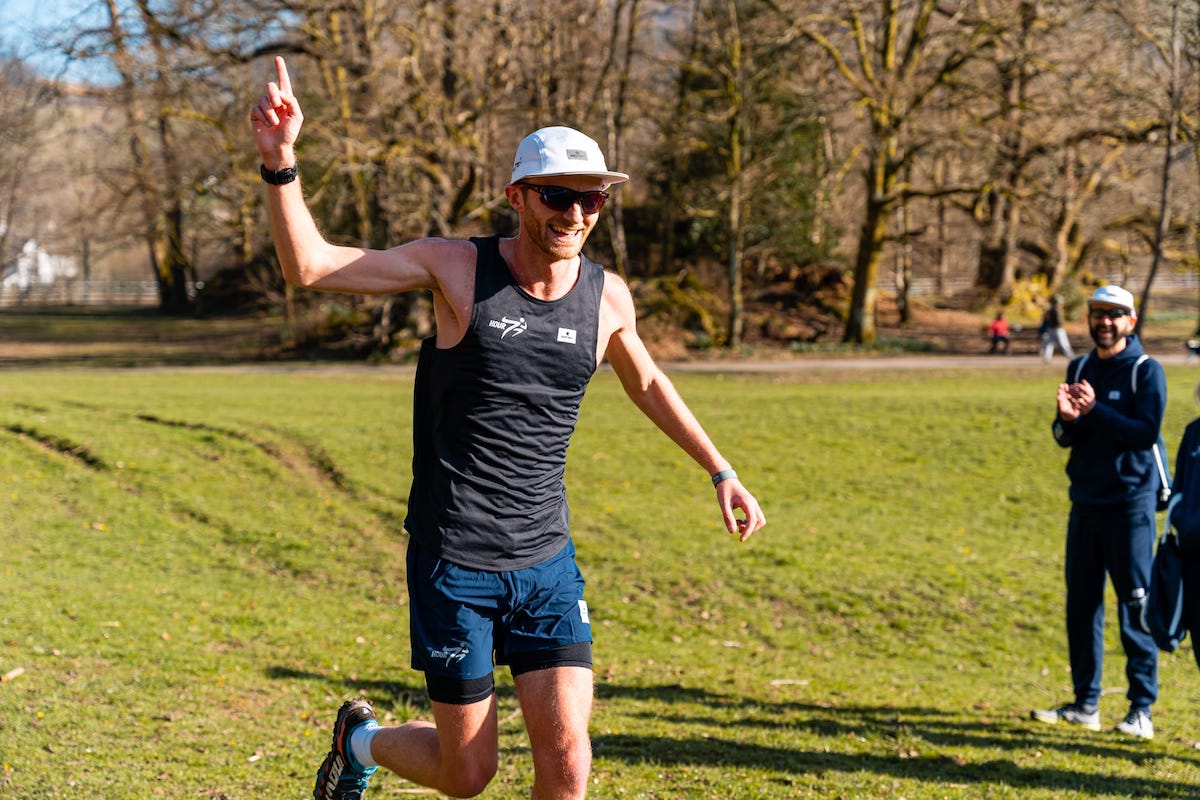 It was a close affair at the top of the women’s rankings this week with just four seconds keeping them apart. Pick of the bunch was Nicole Allan of Horsham Blue Star Harriers with 17:06 at Worthing parkrun. The event is known to be quick if it isn’t too windy and today Allan ran nearly as quick as her 16:57 parkrun PB from January this year to show some good consistency coming into the summer.

Up in Strathclyde it was Daryl Reid dipping for the line ahead of everyone else and the only runner under 15 minutes this week. 14:53 isn’t quite a parkrun PB for the East Kilbride athlete, who has a mightily impressive 5k best of 14:35 from 2021 and a 14:37 this year from the popular Sri Chinmoy 5K in May.

Jennifer Wetton was second fastest this week with 17:10 at Elder Park parkrun. Central AC’s Wetton has a 2:46 marathon  PB and under 17 minutes for parkrun from a few years back but this is her fastest 5k or parkrun in over five years, which is an excellent sign!

Second fastest male was none other than the man with the most parkrun first finishes world-wide, Ollie Garrod. The Team Hour 7 athlete loves to race and is a prolific parkrun tourist, but Nonsuch could well be his favourite event. This weekend saw a 15:11, possibly in part due to Ugur Altan putting up a good fight in 15:31 for the first place this week. Garrord is training for the World 100k Champs at the end of August and looks in great form.

Third placed female and male athletes this week were Rachel McGuinness and Chris Livesey, the latter a mere second slower than Garrod, but just a second faster than Mohammed Hussein in 4th.

McGuinness, part of the Crosbie Crew, ran 17:19 at Eastville parkrun and to say 2022 has been a breakthrough year would be an under statement. Clocking 2:36 for the marathon and 76:31 for the half, after starting 2021 with a parkrun best of 18:44 it was only a matter of time until that dropped this year to just over 17 minutes.

There was a whole bunch of doubles this week, with Preston, Nonsuch, Watermead Country Park, Exmouth and… I think that’s it. With so many it’s not an easy choice, so I’m going to give a joint prize four ways this week. Top marks for effort by all.