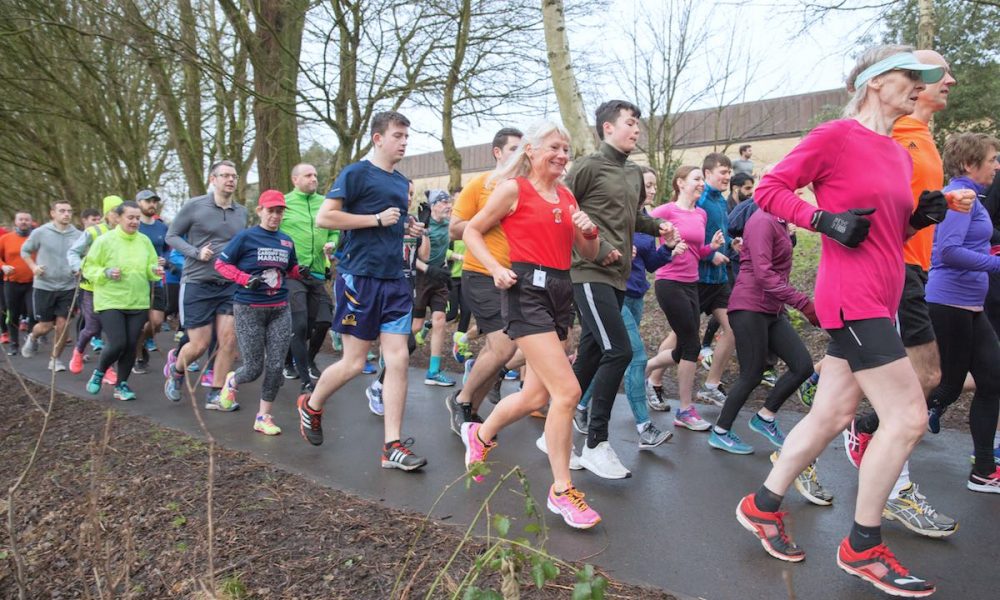 In another week for fast women there were three under 17 minutes making up the female podium. Emma Styles, of Nuneaton, led them home in 16:46 at Poole parkrun.

Styles, who has had a real breakthrough of a year in 2021, knocked a huge two minutes and one second off her previous parkrun best from 2015. Normally such a huge jump would have us looking for a cani-cross result, but the other results for the Vince Wilson coached athlete tell the story.

Taking nearly 18 minutes off your marathon PB, when it is already around three hours is no mean feat. 2:42:35 at London this October is when Styles did just this, on the back of a new 10k PB of 34:37 for the win at Nuneaton 10k and followed up by a win and PB of 76:20 at Rock ‘n’ Roll Liverpool Half Marathon. Now top of the weekly parkrun rankings, what a year.

Gavin Corey was the only man under 15 minutes this week, front of the pack at MUSA Cookstown parkrun with 14:52. The Strive Racer is another who’s no stranger to 2021 PBs. This run was a minute quicker than his last parkrun PB, but not quite as rapid as his 14:40 at Co Down NI & Ulster 5K Championship this July. Corey broke 15 minutes for the 5000m distance on the track in July too, with a 14:52.15.

Alice Garner and Sophie Wood were the two others under 17 minutes in the female top 10, which has certainly been seeing a high standard of late. Garner, of Aldershot, Farnham & District AC, is an under-20 who represented Great Britain and NI at the European U20 Champs in Taillin, finishing 4th in the 5000m. The year saw PBs, at 1500, 3000 and 5000m for the young endurance star.

It seems that just everyone in the rankings this weekend has had a year full of PBs! Sophie Wood is another, and it might be easier to list the only distance she didn’t PB at, which was an excellent 34:47 for 10k that was still only 4 seconds off the best from last year. Highlights include a win and 75:35 PB at Run Tatton Half Marathon in April and a 16:03 at Podium 5k.

Ben Brown of Southampton AC very nearly broke 15 minutes with 15:01 at Southsea parkrun. Still an u17 but with a host of great results under his belt already, you guessed it, Brown has seen plenty of PBs in 2021 too including 4:01 for 1500m and 14:47 for 5k. It’s a strange one when a 5k PB is bested by a parkrun best, with 14:32 at Poole parkrun in September a real step up over the distance that will surely soon be translated to a 5k PB.

There seems to be a couple possibilities for Jamie Price on Power of 10, both attending Cardiff Met uni and capable of running 15:09. They could even be the same person for all we know. Could the real Jamie Price please stand up and let us know at team@fastrunning.com It’s likely a new parkrun PB for either, as it looks like a debut too.

Only one course features twice this weekend, which was MUSA Cookstown, with Gavin Corey taking the overall record there as well with the first sub-15 run for the Northern Irish event.