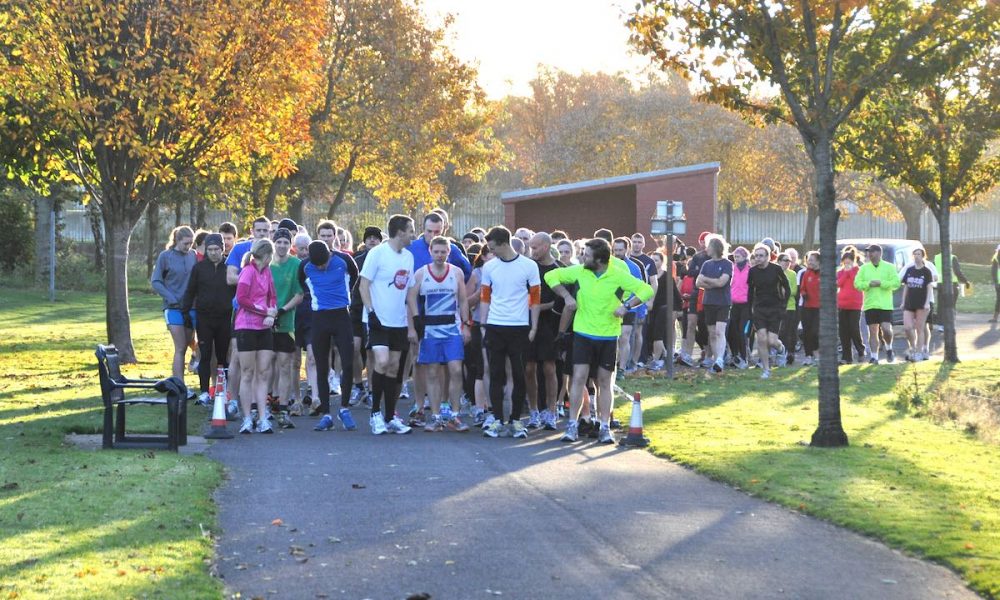 Sinead Lambe set herself a new parkrun PB of 17:49 at Malahide to finish as this week’s fastest female parkrunner. The Donore Harrier finished 2nd at the Stook 10 mile last month, the same position she achieved at the Kilkock 10 in August. Lambe was also a member of the winning Donore team at the Irish Life Health National Road Relays in April.

Retaining his position at the top of the parkrun times this week was Evan Fitzgerald with 15:40 at Clonmel. The Clonmel AC man’s time was enough to set a new parkrun PB and to break Tom Aldred’s course record. A Bronze medal winner at the Munster Junior Cross Country at Conna last month Fitzgerald was also a Junior Award winner at the Ballinameela 5k road race in October.

Armagh athlete Natalie Hall ran a huge parkrun PB of over 30 seconds to run 17:55 and finish as this week’s second fastest female parkrunner and break 18 minutes for 5km for the first time. Hall is clearly in fine form as she also clocked a big PB at the Seeley Cup 10km last week running 36:51, a PB by over two minutes.

Tommy Hughes was also in action at MUSA Cookstown and the Irish distance running legend never disappoints. His time of 16:07 was a parkrun PB and represented an age graded 5km score of 98.66%. Hughes turns 60 next month and the current world road 5km record standards just one second faster at 16:06 set by Welsh wizard Martin Rees. The smart money would be on that record falling to Hughes in 2020.

Sharing second spot on the list this week was Stephen Connolly of Annadale Striders who also ran 16:07 at Ormeau parkrun. On a week of PBs this was another big one with Connolly taking 30 seconds off his previous best time. It was a similar story to Natalie Hall as the Annadale man also clocked a big PB at the Seeley Cup to run 32:43 taking 90 seconds of his previous PB set at Laganside 10K in September.

Elaine McGuckin was another athlete running a parkrun PB and again MUSA Cookstown was the venue. McGuckin’s time of 18:14 was a 19 second PB for the athlete who is fresh off the back of a 2:56:59 PB at the Dublin Marathon in October. The unattached athlete was also 7th at the Belfast City Half Marathon in September running 84:41.