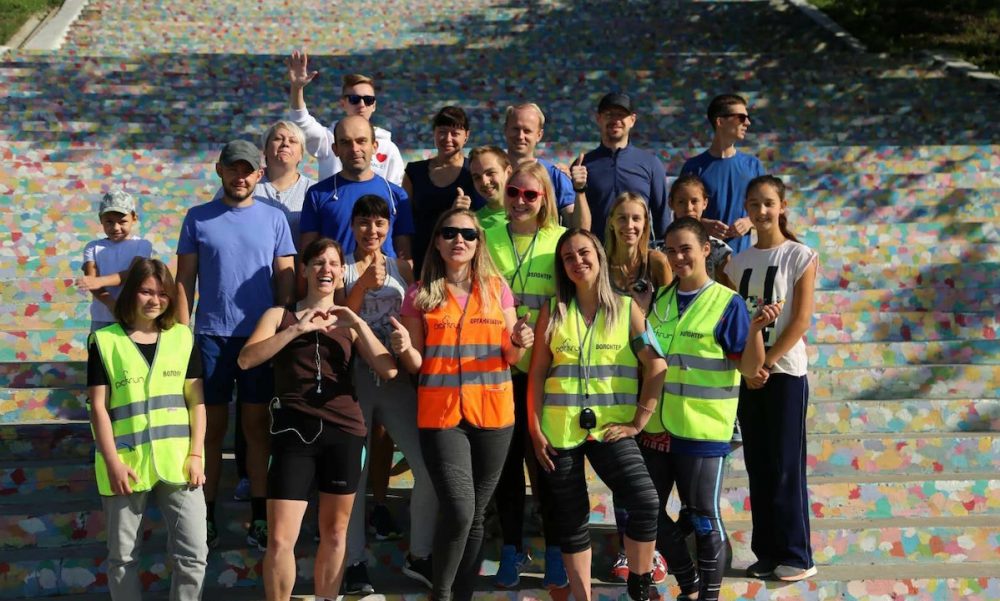 Brits Adam Hickey and Khai Amelie Mhlanga were the fastest in the UK and also the world for parkrun this past weekend. Although times were slower than last week’s and it was a close run contest.

South Africa’s Michael Pienaar has a 5000m personal best of 14:17.48 so could well feature atop the list in future weeks. The University of Pretoria student has broken 15 minutes this year back at a meet in Sasolburg in April.

The Russian parkrun is staffed by six volunteers and will hopefully go from strength to strength.

The only other non UK runner to break into the top 10 was Peter Bracken in Australia. The BERT Squad runner posted 15:24 to be first finisher at Kedron parkrun.

The BERT Squad stands for Brisbane Endurance Running Training and Bracken leads the group, although the training is set by coach Peter Reeves in Ipswich, south west of Brisbane. Bracken ran 2:33 for the Melbourne marathon this year and his 15:24 suggest he is still improving.

Khai Amelie Mhlanga’s 17:00 flat was enough for both the UK and the global top spot. Running at the fast Exeter Riverside parkrun has helped a few athletes post personal bests in recent weeks.

Belinda Martin of Australia was only 11 seconds off the top. Surely there will be an Australian female posting the quickest time soon as they feature heavily each week.

The former youth sprinter, who actually won a national 90m hurdles title at 12 years ofd, has been running successfully over longer distances as a Masters athlete. With Australian masters records at 1500m and 5000m but her daughter, Imogen Stuart, has a selection of age group world records from age nine onwards.

Two more Australians, Marnie Ponton and Michelle Pearson, both featured for the second week running in the global top 10.

In eight place was a surprise from Sweden. Amanda Gardelin ran 17:33 at the Jungsängen parkrun, Stockholm county. On closer inspection of Instagram it seems Amanda is a cane-cross athlete so had her hound Gustar to thank of the top 10 position. It was a parkrun PB for the pair and the first kilometre was apparently 2:55!

The UK once again dominated the standings with four Australians and one from each of Russia, South Africa and Sweden.