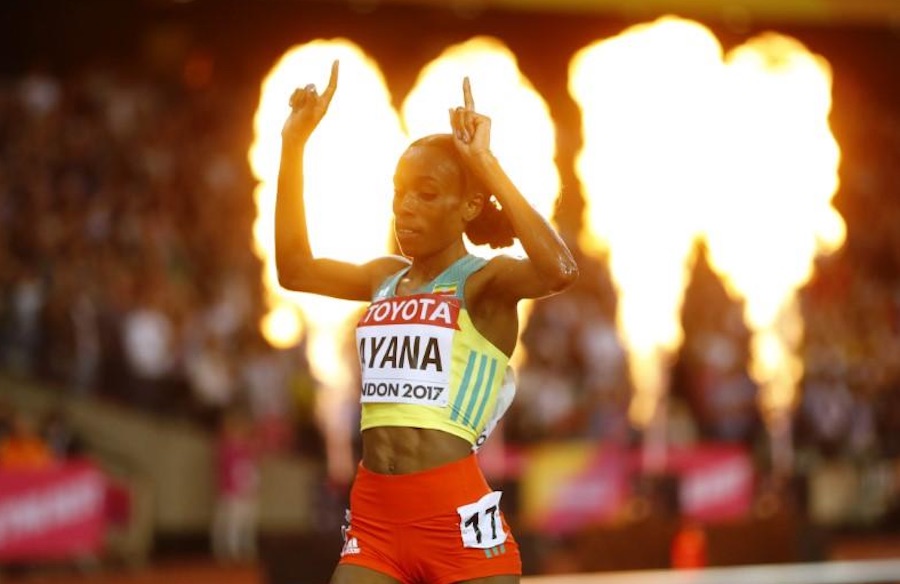 Almaz Ayana destroyed the 10,000m field to win gold at the World Championships in London, finishing an astonishing 46 seconds ahead of her challengers.

The world record holder’s closest rival was compatriot Tirunesh Dibaba, who was almost 300m behind when Ayana crossed the line in 30:16.32.

Amazingly it was Ayana’s first race this year, after of an injury-plagued period.

Ten laps into the race Ayana began pulling away, and by the twelfth lap a gap of 30 metres had opened up between the 25-year-old and the rest of the field.

The Olympic champion ran the next 3K in 8:33, as she continued to increase her lead, before overlapping the back of the field over the final eight laps.

Ayana crossed the line in 30:16.32 seconds, outside her own world record from the Rio Olympics, but it was still the fastest win at a World Championships.  The silver went to compatriot Tirunesh Dibaba, while Kenya’s Agnes Tirop took the bronze.

“I am very happy to win this title, much more than when I won the Olympic gold because I have been sick this year and didn’t expect it. In fact, this was my first race of 2017,” said Ayana.