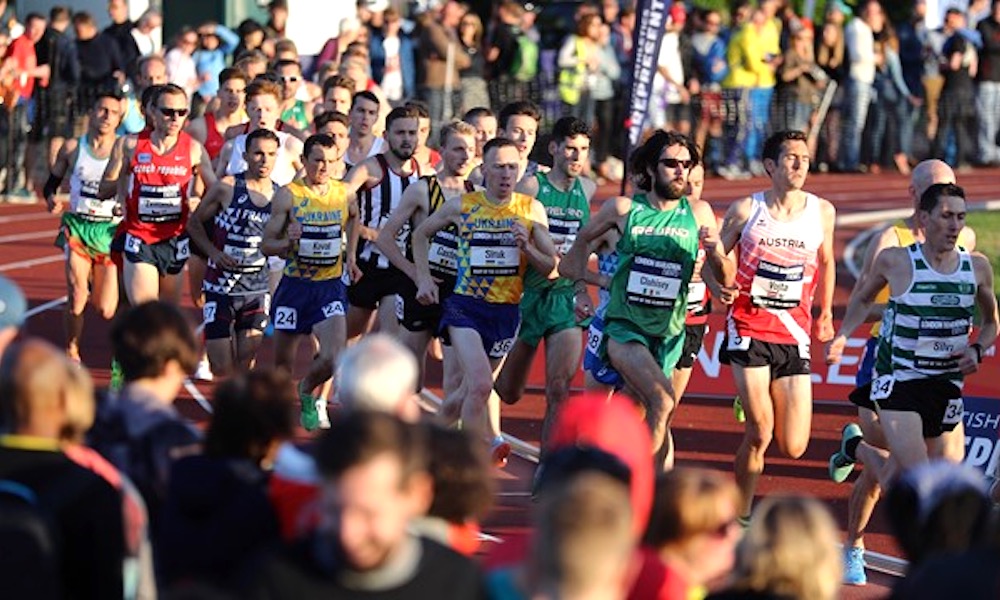 Leading distance runners from across Europe will race in London on Saturday night at the most entertaining track meeting anywhere in the world – and spectators will be able to enjoy the festival of running for free.

The Night of 10,000m PB’s has revolutionised track racing for both runners and spectators by creating an atmosphere like no other. The event is held on the iconic Parliament Hill track in Highgate, North London.

Fans can get up-close-and-personal to the runners by watching the action from the infield and on the track itself. Less we forget the now famous beer-and-cheer-zone – a licensed bar which the athletes run through – as well as live music, dancing and family-friendly fun throughout the day.

RELATED: The man behind the magic: Ben Pochee interview

For the second successive year, the Night of the 10,000m PB’s will also incorporate the European 10,000m Cup for men and women among the nine races it puts on throughout the day.

It is also the official Great Britain trials for the IAAF World Championships in Doha in September. This has attracted the best ever field in the seven-year history of the event.

The men’s A-race, which is the final race of the night at 21:30, has got seven men who have run sub-28 minutes for 10,000m, Sondra Nordstad Moen –  the second fastest European marathon runner in history – and a six-man strong Great Britain team spearheaded by the in-form Nick Goolab.

There will be a host of other British men in the A race with Chris Thompson having one of the sub 28 minute personal bests at 27:27.36.

British women in with a team chance

The women’s A race (starting at 20:45) is just as strong with a mouth-watering match-up between home nation Great Britain and Portugal likely to be the centrepiece of the action.

In total, there are eight women in the field who have run inside 32 minutes including the reigning European Championships 10,000m champion Lonah Chemtai Salpeter (ISR) and the Irish star Fionnaula McCormack.

For the full start lists for all the races, click here.

Continuing the Night of 10,000m PB’s tradition of bringing innovation to British track racing, this year the event will become the first event in this country to use WaveLight, an electronic pacemaking technology, which will line the inside of the Parliament Hill track, and give the athletes and spectators a clear pace guide.

At 18:00, there will be a break in the racing and a question-and-answer session with Liz McColgan, the former World 10,000m champion and London Marathon winner, the two-time Night of 10,000m PB’s champion Andy Vernon and the Dutch middle-distance runner and pacemaking specialist Bram Som.

The event, which was attended by 8,000 fans last year, is completely free to spectators..