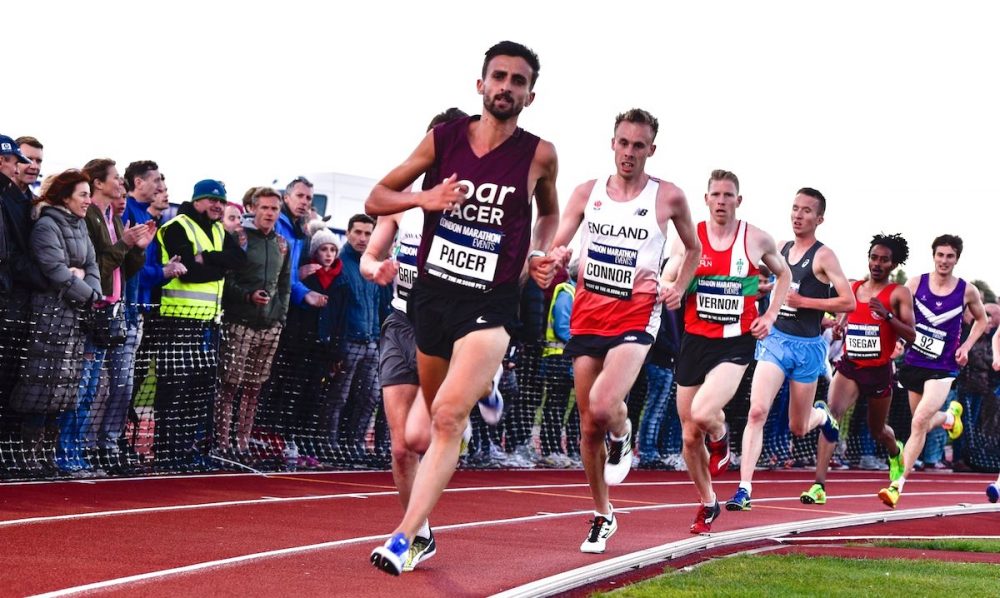 A look ahead to the men’s celebration of 25 laps which incorporates the European Cup and GB trials for the European Championships.

The Highgate Harriers’ Night of the 10,000m PBs on Saturday (May 19) promises to be the biggest and most competitive yet since it began in 2014, with the increasingly popular event at Parliament Hill also playing host to the European Cup for the first time. The event once again hosts the British Championships which will act as the GB trials for August’s European Championships.

The elite men’s and women’s races will follow an afternoon and evening of back to back racing from 1pm organised once again by Highgate Harriers’ Ben Pochee, interrupted only by a VIP question and answer session on the home straight of the track at 6pm, which will feature Jo Pavey, Alyson Dixon and the European Athletics President, Svein Arne Hansen.

Make your way down to the north London track by Hampstead Heath and enjoy hours of free to view top class athletics, along with fireworks, a carnival atmosphere and the chance to watch the action from a specially constructed bridge over the track to ensure spectators don’t miss a second’s racing.

Last year’s winner, Aldershot, Farnham & District’s powerhouse Andy Vernon will return to defend his title, which he won last year in 28:21.15. The consistently excellent 32 year-old put in a good performance in the Commonwealth Games 10,000m final, where he finished ninth in intense heat last month, and was most recently in action in the Birmingham 10k, where he crossed the line first Brit and second overall. Vernon’s 27:42.62 PB from 2015 makes him the second fastest athlete on the start line, behind club mate Chris Thompson.

The 2017 runner-up and 2:09:49 marathon man, Swansea’s Dewi Griffiths, will not be in action on Saturday as he continues his return to fitness following a hamstring injury, but the rest of the British challengers include a host of classy performers.

Stockport and Team New Balance Manchester’s Ross Millington (27:55.06 PB) had hoped to compete on the track for the first time since contesting the Olympic Games 10,000m final in Rio nearly two years ago. The talented lifelong Stockport Harrier had more than 11 months off racing while he spent time rehabilitating in Albuquerque after struggling with knee and Achilles problems.

However, he has had to pull out due to injury and said on Twitter: “Unfortunately I will not be racing at this weekends European 10,000m Cup due to injury. Cannot express enough disappointment at having to withdraw, especially having missed so much racing over the last 12 months already. Good luck to all those racing on Saturday! I’ll be back.”

He posted a 13:25.29 5000m SB earlier this month at the Payton Jordan Invitational, his fastest in five years, and, along with a 62:43 SB at March’s New York half marathon, he is clearly in sparkling form going into the Highgate race.

Derby AC and Team New Balance Manchester’s Ben Connor’s 28:14.56 PB best came less than two weeks ago at the Payton Jordan Invitational, and he also boasts fast 5000m and half marathon bests, namely 13:29.90 from 2017 and 61:11 from February’s Barcelona half. Dorking & Mole Valle’s Luke Caldwell’s 28:29.61 PB dates back to 2015 but he has already been in 10k action on the road twice this year, firstly at the rearranged Telford event where he clocked 29:32 and then in Brighton, where his 29:23 was good enough for the win on a hot day on the Sussex coast.

AFD’s Ellis Cross’s 29:00.49 PB came at last year’s Highgate race where he finished eighth and fifth Brit on the night. Cross enjoyed a strong cross country season, culminating in a 15th place at the English National cross country championships, and has since posted a 14:03.61 5000m SB at the recent BUCS champs.

Cheltenham’s V35 Graham Rush’s 29:04.52 lifetime best was also recorded at 2017’s event, after which he went onto compete at the then separate European Cup 10,000m in Bulgaria, where he finished 13th. The prolific racer has already competed four times on the country, twice on the road (5000m and the marathon!) as well as posting a strong 14:05 PB to come fifth at the Armagh 5k. Glasgow City’s Luke Traynor (29:08.52 PB) also competed in this year’s World half marathon championships alongside Connor, where he ran 63:28 to follow up his impressive 61:57 PB from the now notoriously fast Barcelona half.

Manx’s Ollie Lockley was featured recently on Fast Running when he secured a clean sweep at the Isle of Man Easter Festival, followed by an impressive win at last month’s Great Ireland Run 10k. His 29:24.18 10,000m PB is from last March.

Shettleston’s Lachlan Oates is this year’s Scottish 10,000m champion, following his 29:48.80 PB performance in Glasgow last month. His victory came off the back of a strong cross country season, which saw him compete at the Great Edinburgh cross country international as well as securing a runner-up spot at the Scottish national cross championships.

Kent’s Alex Yee will make his hotly anticipated debut over the distance on Saturday having helped to pace the event last year.

His astonishing 13:37.60 5000m PB from last May made him the fastest British junior for 36 years, and his recent 14:05 parkrun – the fastest worldwide for the event since 2012 and the second fastest of all time in the UK – and impressive long leg at the National Road Relays points to a potentially scorching debut for the 21 year-old star.

Hugh Armstrong’s 29:16.73 PB was secured in Stanford two years ago, but he ran a promising 14:28 at this year’s Armagh 5k to show decent current form. The Ballina AC athlete is the fastest amongst the Irish and heads the trio racing in the B race. Stephen Scullion (28:58.28 PB) was down for the A race but has returned to Flagstaff in America earlier this week to start a new block of training ahead of the European Championships marathon in August.

Best of the international challengers

Spain – Antonio Abadía’s 28:07.14 PB over the distance makes him Spain’s strongest challenger for the title as he can also boast the third fastest PB on the elite entry list. His most recent outing over 10,000m was just last month, when he ran a strong 28:17.24.

Team mate Fernando Carro’s 28:28.68 best from just last month, together with the fact that the whole of the Spanish team have run under 29 minutes, makes the country hot favourites for the team title once again.

Germany – The uncannily English sounding Richard Ringer’s 28:05.96 makes him Millington’s biggest rival as he is the second fastest on paper. His PB dates back to last May, but he has since run a 7:46.18 3000m PB indoors this February, proving he is still a very strong candidate for victory.

While Ukraine’s Dymtro Siruk holds an impressive 28:34.36 PB, making him one of the speediest athletes on paper, it dates all the way back to 2012, and his 29:37.97 SB from April seems to suggest he is not in the same form.

The rest of the field is still a highly competitive one, with all but six of the confirmed entries having broken 30 minutes for the distance, while seven will make their 10,000m debut on Saturday.

The elite men’s race starts at 8.30pm, following the men’s and women’s B races, which kick off at 7pm.

A detailed preview of the women racing at the Night of 10,000m PBs can be found here.

Darren Campbell recovering in hospital after brain bleed
Would you welcome a localised running magazine in your area?