Ben Pochee: The man behind the magic 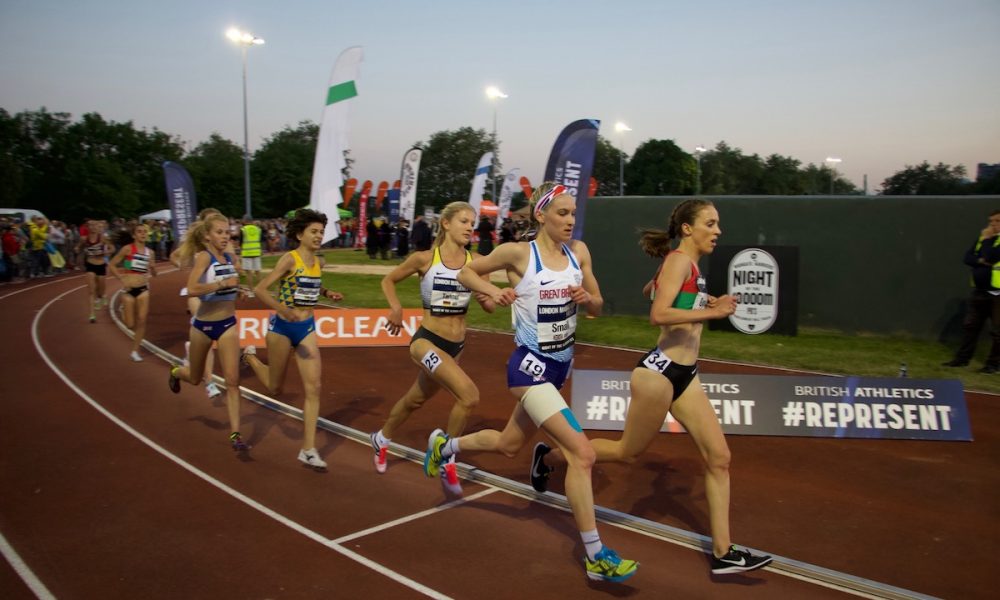 In the six years since Ben Pochee organised the first Night Of The 10,000m PB’s a lot has changed.

The race now hosts the European 10,000m cup and it has become the gold standard for spectator engagement and in-race athlete experience. Yet it retains it’s down to earth, grassroots feel. Tom Craggs caught up with Ben ahead of the 2019 edition.

It can often be at the club, or even an individual level, that people are trying to make a positive change to our sport. Races such as Highgate, Ipswich Twilight, Speedway 10k, Podium 5k, FASTFriday and a whole host of others are trying to get athletes running faster.

Can individuals make that big a difference?

“I try to stay clear of the politics of it but it can work well when individuals at the coal face come up with the idea, but then getting NGB support to help test and deliver it that can be a perfect combination.”

To be fair to the NGB that is exactly what we did get after our first year. The late, great Bob Smith from England Athletics had a small London Innovation Fund, which basically just covered small bits like our photo finish in 2014 which took it all up a level so we could host the British Champs.

“More recently British Athletics have given us really heavy hitting support to allow us to host the European Cup. Their event delivery team have been absolutely fantastic with their support as well as financial assistance to make it possible. You’ve got athletes flying in from 29 different nations, with transport, accommodation you know it’s a huge logistical undertaking.”

Taking the leap to the international stage

From 2014-17 Highgate hosted the British 10,000m Championships and now the European Cup, but what has that meant to the UK runners in the field, even the sub-elites in the following races.

“Well you know it really has delivered in terms of depth of quality, for all the races because there is a trickle down effect.”

“You still had the situation where if Andy Vernon, Chris Thompson, Ross Millington, Charlotte Arter or Jo Pavey wanted to get a World or Olympic qualifying time they would find themselves out on their own chasing that time.”

Then you have what happened last year in the men’s race where you had Alex Yee, Chris Thompson, Andy Venon – three guys running sub 28 but finishing fifth, sixth and seventh! Running out of their skins, getting the qualifying times but needing to chase people. We need our best guys to be pushed.

You know we had the highest number of British women running sub 33 last year. In the B race we had a slew of British guys running massive PBs because you are extending the depth. That is exactly what you need in 10,000m running. Right up until that last kilometre you want a train of runners around you all fighting for the line because it pushes everyone on.” The atmosphere of Ben

Having attended on several occasions, it’s clear to see your personality and vision is a big part of the event. Is there a risk that as more governing bodies and organisations get involved that individuality could be stifled?

“I would say it could, but I’d also say it hasn’t!” laughs Pochee.

“The whole premise is we are trying to push boundaries. So the number one goal was how can we improve 10,000m standards? The next thing is that I genuinely believe that if you improve the atmosphere you improve performance.”

“You know all my best performances as a runner were done at the bloody 12-stage. It’s so emotional, you’ve got your team mates, cheering you, it’s so hard to quantify but makes all the difference.

“So right from day one we wanted a crowd. We probably only had 50-100 people in 2013 but we got them in lane four. So it’s all about how can we improve atmosphere and engagement but working within the rules. Then you realise there is no rule saying you can’t have spectators on the track. That’s just one example – so if you talk to people and get them behind you it’s all possible.”

From the outside it looks like the event has grown so organically and naturally but one imagines there is a reflective and planning process behind that which we don’t see. The Cornwall based Pochee laughs at the idea of it being a simply natural occurrence.

“I just spend my life thinking about it! I love it and I love discussing & sharing ideas with my mates from the club, beauty is they don’t hold back with ‘honest’ feedback. Without their moral support aka ‘grow a set Ben and crack on’ it just wouldn’t materialise.”

“Well it’s not work, I can’t help but think about it. There is so much stress and as the event is building up you think, never again, never again, then literally a couple of days later it’s like ‘ah that’s what we should do’ and my wife will say ‘oh god please not again, I’ve got 12 months of this’.”

“From a planning point of view some of it happens almost instantly. For example we try to get the date locked down as early as possible. From an innovation point of view we do feedback with the athletes and via social media and be realistic about what we can act on.

There are always things you could be doing better. It becomes a personal passion and I am very proud of it. It’s homespun and creaks at the edges at times but hopefully people understand that’s because it’s organised by volunteers.”

We’ve come to expect boundaries to be pushed with each new edition of the event and this year will be no different.

“This year we have got some really cool activation. Strava are doing a Parliament Hill Segment Challenge. That’s going to go right from the Lido up the top of Parliament Hill, the iconic National XC start. They will have a leader board and give out prizes on the day.”

Pochee is really clear that he wants brands to not just sponsor the event, but actively get involved in building an experience for athletes and spectators -“ProDirect will be activating on the infield which might include some challenges on the track in between races with prizes. On Running will be there doing shoe trials and giving away goodies. So you can come to the event, do a load of physical challenges, eat and drink and listen to some amazing music.”

“This year we have got an amazing stand up comic who will be performing. So loads of entertainment and fun. It’s the spectators that make our event so different. So we want as many people to come, engage and love watching 10,000m running. We dont do much as a sport to get all of our sport together for a big social a gathering, and I would love it to become our community meeting point.”