Alex Yee and Charlotte Arter star at super Night of the 10,000 PBs 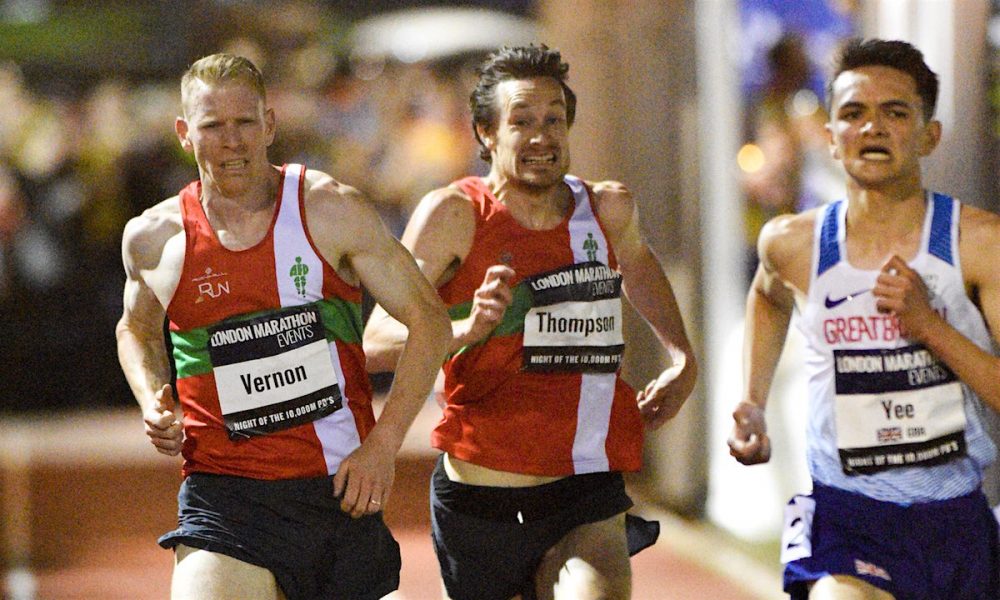 Charlotte Arter won a fantastic European Cup bronze and Alex Yee headed some superb performances by British men on a great night of distance running at the Highgate Harriers’ Night of the 10,000 PBs in London.

With the A and B races also incorporating the European 10,000m Cup, the thousands of enthusiastic running fans at the Parliament Hill track were promised some great racing and fast times.

The athletes did not disappoint, as first Israel’s Chemtai Salpeter clocked 31:33.03 – the fastest women’s time in the world this year – and then German Richard Ringer’s time of 27:36.52 was the first of seven under 28 minutes.

Like Yee, Andy Vernon secured his spot on the GB team for the Europeans, while Chris Thompson was also inside the 28 minutes and the standard for Berlin.

20 year-old Yee is clearly one of Britain’s most exciting ever distance talents, although – unfortunately for athletics – he could instead choose to pursue triathlon. Tonight’s performance for the world junior duathlon champion represents a great comeback after he suffered a career-threatening injury in a cycling accident last June.

Ringer held off France’s Morad Amdouni in a sprint finish, while Italy’s Yeman Crippa was third.

Germany's Richard Ringer wins the men's @NightOf10kPBs in a superb finish, ahead of France's Morad Amdouni. In his 10,000m debut @Lixsanyee wins the British title in fifth ahead of Andy Vernon. #Highgate10k pic.twitter.com/hZfSpBd8OO

“I’m speechless, I came in and a lot of people were speculating as to how I’d run but I put it to the back of my head,” said Yee after crossing the line as first Brit. “My preparation has been so good and I can’t complain.

“I’m so lucky to be part of this great event. The crowd push you on so much is unreal. I can’t believe what I’ve done.

“There’s guys who can run amazing times but it was perfect for the time I was going for. I wanted to do my selection justice and I’m over the moon.”

In a close battle between two of Britain’s former European silver medallists, Vernon ran 27:52.32 for sixth, while Thompson, showing his best form for years, was seventh with 27:52.56. Ben Connor was the next Brit home in 13th with 28:31.59.

That was after Kenyan-born Salpeter dominated the women’s A race. Romania’s Ancuta Bobocel had been the only other to go with the pacemaker from the start.

Salpeter moved clear at 4800m and, apart from the gap narrowing in the 20th lap, she was eventually a clear winner. Bobocel, running 31:43.12, also clocked a PB.

Arter secured 21 seconds off her best. Her 32:15.71 was under the British Athletics qualifying standard of 32:30. Aldershot, Farnham & District’s Philippa Bowden was just outside that in fifth with 33:15.10, although that was a big PB. In seventh and eighth, Louise Small and Stevie Stockton also set PBs with 32:34.73 and 32:35.26. With Small and Jenny Nesbitt (10th in 32:38.45) supporting Arter, the British trio secured a win over Romania in the team stakes ahead of third-placed Germany.

“The crowd was absolutely unreal to get me round and I’m really happy,” said Arter after picking up bronze and the British title. “I knew I was in really good shape, training and racing has been going well, this is my first race on the track this year.

“I knew I could get the time it was just a matter of how the race was going to pan out on the day. This the first stage in the race calendar so now I can get back to training and look at planning for the Europeans in August.”

Italy’s Lorenzo Dini led the athletes home in the men’s B race, clocking 32:40. Austria’s Andreas Vojta was second in 28:33 ahead of Ukraine’s Vasyl Koval (28:35). Richard Allen headed the domestic charge, sixth in 28:55.

In the men’s C race Alastair Watson achieved the great mark of running under 30 minutes at 40 years old, clocking 29:56.83 for the win.

Full results from the fantastic day of running can be found here.