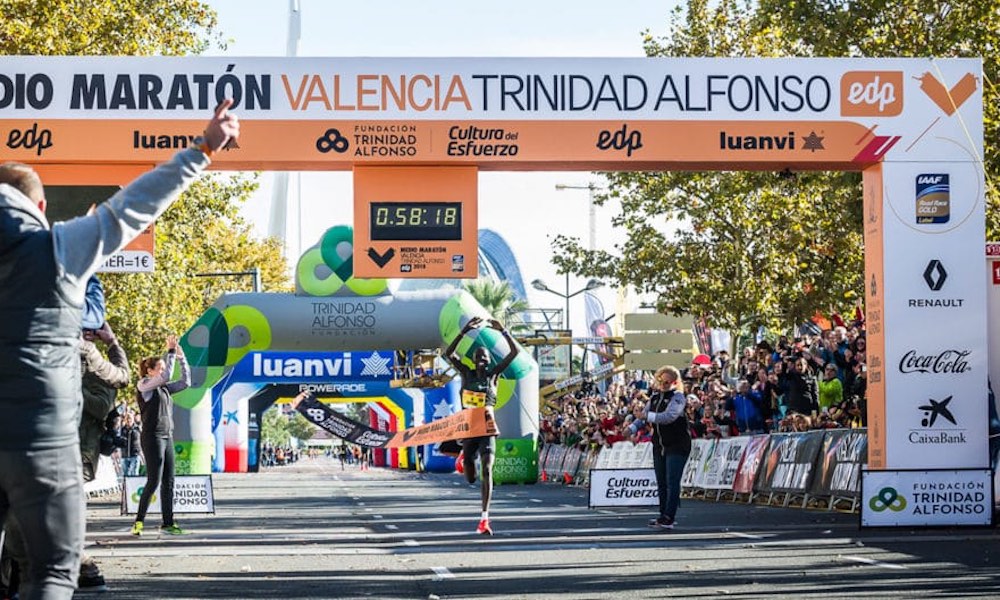 The Kenyan distance runner ran 58:18 at the Valencia Half Marathon in October 2018 to break Zersenay Tadesse’s 58:23 world record.

Sports Illustrated writer Chris Chavez posted on Twitter around 18:00 on the Friday before London that “The Athletics Integrity Unit has announced a provisional suspension against Kenya’s Abraham Kiptum for an Athlete Biological Passport violation.”

The Athletics Integrity Unit has announced a provisional suspension against Kenya’s Abraham Kiptum for an Athlete Biological Passport violation.

In October, he came out of nowhere and clocked a 58:18 to break Zersenay Tadesse’s 58:23 half marathon world record in Valencia. pic.twitter.com/3AMVkFOkbz

The AIU website lists the charge issued as Use of a Prohibited Substance / Method (Article 2.2) – ABP case  with the ABP standing for Athlete Biological Passport, the method introduced to monitor athletes biological test results over time to highlight doping methods being used. The half marathon record holder was expected to be one of the main contenders at the London Marathon this weekend and had posted on Instagram as late as the Friday before the race.

London Marathon were quick to send out a press release which read:

Abraham Kiptum (Kenya), world half marathon record holder, has been suspended from competition by the Athletics Integrity Unit following an Athlete Biological Passport (ABP) violation. He will not take part in Sunday’s Virgin Money London Marathon and has left London.

Hugh Brasher, Event Director for the Virgin Money London Marathon, said: “We have a zero-tolerance policy on doping. London is part of the Abbott World Marathon Majors and we recently announced a groundbreaking extensive intelligence-driven testing programme. This shows the programme is working. Cheats will be caught and there is no place for them in marathon running.”

London Marathon: The big preview and everything you need to know
Marathon race day advice from the experts