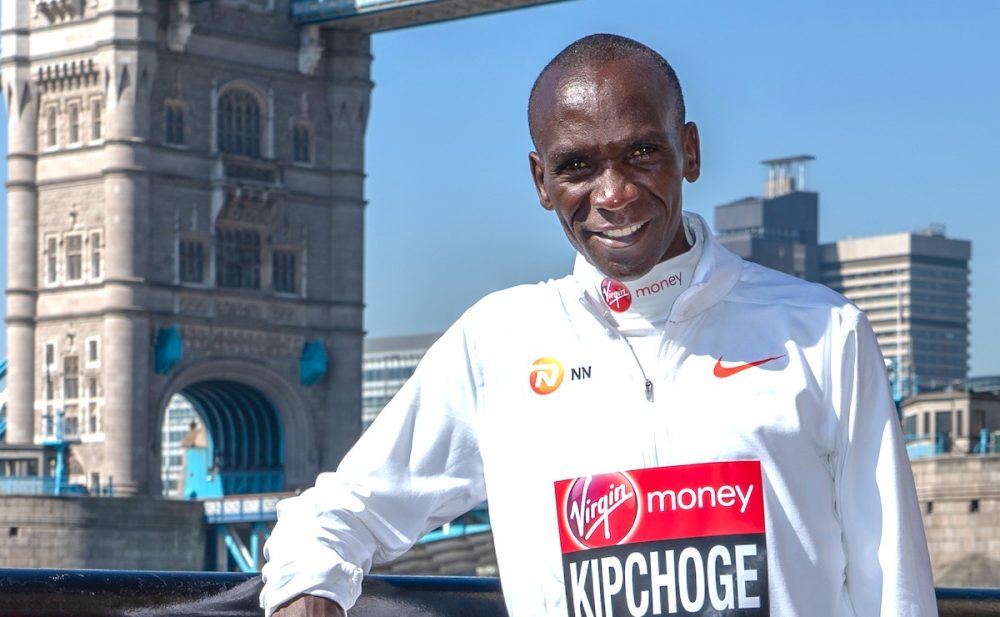 Elite runners are set to target world and Britsh records in expected high temperatures on Sunday.

Everyone seems to be talking about the expected heat for the Virgin Money London Marathon on Sunday. That’s no surprise, given how much the weather affected the results at the Boston Marathon and Commonwealth Games in the past seven days – seemingly making both a lottery.

With highs of 23C possible, the organisers have been particularly careful to ensure all runners are prepared, sending out specific advice as well as planning for extra water and showers to be on the course in the capital.

However, how much will conditions affect the elite race and the possibility of world and British records?

If some forecasts are correct, the race could prove to be the hottest ever London Marathon, beating the record from 2007 and 1996 of 22.2C.

However, while the worst of the weather is expected in the afternoon, massively impacting the thousands running in the mass start, the thermometer may not exceed 18C during the morning and around midday when the elite will be crossing the finish line.

Someone who knows all about running in hot weather is Britain’s Richard Nerurkar. He has spent much of his life living in the blazingly hot Ethiopia and one of his best results came in the 1996 Olympic marathon when he finished fifth in temperatures of more than 26C.

But while we saw the 28C-plus conditions in the Gold Coast last Sunday affecting a huge proportion of the elite runners, what we are expecting this weekend should not have a big bearing on the results sheet, Nerurkar believes.

“It’s different for the elites compared to the masses,” he told Fast Running from the Thursday morning press conference at race headquarters.

“The elites are running for just over two hours and they’re finished by 12-ish. The masses will be running until 1-3pm and will have been on their feet for four hours or more. The peak of 23C is going to be after the elite are finished.

“Secondly, when the elite are running the temperatures will not be extreme. When you look at other championships you can go back to far worse conditions than that.

“Ninety nine percent of the 40,000 runners will be fine but you are concerned about the relatively small numbers when something serious could be happen. So you’ve got to put those messages out in the hope that your advice will reduce those numbers of serious issues.”

Regarding that advice, race director Hugh Brasher said on Thursday: “In terms of the some of the detail we are sending to the runners, that information is led with run according to the conditions. If it is warm then slow your pace accordingly.”

Not the best time for fancy dress

He also said that runners planning to wear fancy dress in the event should make their own decision on whether their gear is appropriate for the conditions. “If you think it isn’t appropriate, don’t do it in fancy dress,” he warned.

He added: “I’m sure the elite athletes will be adapting their race plan to the weather. It doesn’t matter what speed you’re running.”

However, the four elite runners at Thursday’s press conference – Eliud Kipchoge, Guye Adola, Daniel Wanjiru and Kenenisa Bekele – certainly did not seem concerned about the weather. The favourite for the men’s race on Sunday is Olympic champion Kipchoge, who has his eyes on the world record of 2:02:57 held by fellow Kenyan Dennis Kimetto (who is racing in Vienna on Sunday).

“If I was to win on Sunday, it would mean so much,” says Kipchoge. “It would show my consistency and I would be the happiest man on earth. To win London three times would be the best.”

He has been training at home where conditions of late have been typically 18-20C and as high as 23C and said: “If the weather is too hot, we’re all running under the same conditions so I’m not worried. We really will see a beautiful race on Sunday.

“I treat myself as the best when I train and one day I would love to run a world record.”

However, it could be a different matter when it comes to world records – and Paula Radcliffe’s 2:15:25 is under threat too, particularly from women’s only world record holder Mary Keitany, who will be assisted by male pacers on Sunday. “To run 2:15 is really something else,” said the Kenyan star on Wednesday. “But I will try to follow in the footsteps of the legend, Paula.

“I must thank the race organisers for their decision to assist the women to see how fast we can go. With the male pacemakers, we have a great opportunity and we have to try and see if it’s possible.

“It would mean so much to me because I’ve had Paula’s record in mind since I started my career. As long as I’m running I want to get it.”

Nerurkar shared his thoughts on the world record attempts: “I think it does reduce the chances because everything needs to come together for world records and that’s one thing that’s less than perfect.

“So many of us have been in Berlin when world records have been broken and the weather has been perfect when it’s been 10C at the start and 13-14C at the finish and it’s not going to be perfect like that on Sunday, so you wouldn’t put your money on a world record.”

On Sunday, we are unlikely to see a repeat of the Commonwealth race in which Callum Hawkins ended up in an ambulance. However, the hotter conditions than usual could well suggest more tactical races are on the cards.