The leading British runners in the London Marathon 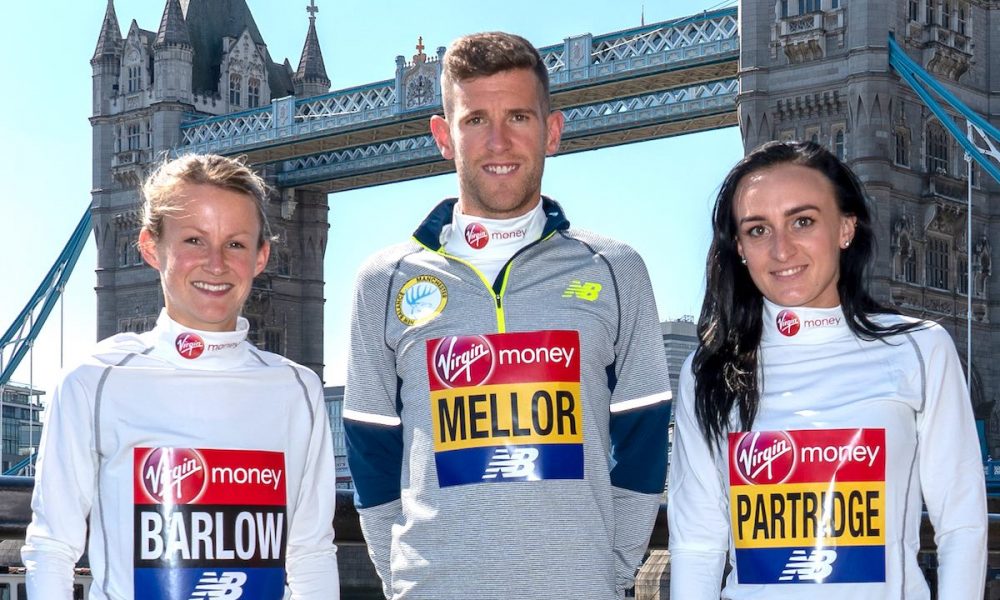 While Mo Farah will be in the mix for a podium spot, there will also be an enthralling battle among his fellow British runners in London.

Jonny Mellor, Tsegai Tewelde, Lily Partridge and Tracy Barlow are just a few of the leading British out to impress at the Virgin Money London Marathon on Sunday (April 22).

The UK capital marathon annually incorporates the British Championships and this year also acts as the trials for the European Championships in Berlin this August.

Farah has ruled himself out of contention leaving Jonny Mellor and Tsegai Tewelde the favourites to clinch one of the top two automatic spots, but as we saw last year with Josh Griffiths debut marathon, surprises can happen.

They both have already achieved the 2:16:00 standard inside the qualifying window, and after his personal best 2:12:57 clocking in Berlin last September Mellor is the favourite for many. It was a breakthrough moment for the 31-year-old and ranked him third in Britain and first in England in 2017.

While not hitting PBs over the shorter distances in recent months, the Team New Balance Manchester athlete has been clocked 63:17 at the Barcelona half in February and ran 65:03 at the Big Half in March.

Mellor has the extra motivation of being overlooked for the initial England Commonwealth Games team announced last October. Following that, he turned his attention to the London Marathon and he is focused on delivering a PB performance.

However, Tewelde has ran the quickest over the distance with a debut 2:12:23 in London back in 2016. That earned him a place on the GB team for the Rio Olympics, but the Shettleston Harrier did not finish the race in Brazil and another DNF followed in London last year, but he followed that up with 2:14:45 in November at the Beruit Marathon.

Tewelde ran 65:11 at the inaugural Big Half in March, however, it was another DNF at the World Half Marathon Championships in Valencia, so it difficult to know how he will perform on Sunday.

Elsewhere, Aaron Scott is out to impress in his first start on the elite line. The Lincoln Wellington athlete recently returned from altitude training in Font Romeu and competed for his club at the National Road Relays last weekend. Scott, who spoke to Fast Running earlier this year about his marathon journey, has his eyes on bettering his 2:17:50 personal best set last year in his third London Marathon.

Matt Clowes, in his marathon debut, could be a dark horse. The Cardiff AAC runner initially signed up for London because his girlfriend bet him that he could not run a marathon in under 2:15:00.

However, after running a big half marathon PB of 64:39 in Granollers two months ago, the sub-14 minute 5k runner could deliver a great performance in his debut marathon.

RELATED: Making your marathon debut on the elite start line

Lily Partridge, competes in a first London Marathon and is set to have a great battle with Tracy Barlow to be the first British woman home.

Both women are chasing the European qualification standard of 2:36:00 along with a top two spot to secure a place in the GB team for Berlin.

Patridge clocked a 2:32:10 in her debut in Seville last year, but a DNF at the Berlin Marathon in September followed after hasty comeback from injury as she hunted a place in England’s Commonwealth team.

“What happened in Berlin is my single main motivation for London,” Partridge told Fast Running earlier this week. “I said straight after it that I need to be ready to go for my next one because that cannot happen again.”

The 27-year-old has been in good form this year, running her quickest half marathon since 2015 with a course record 71:06 run in Seville, before finishing second to Charlotte Purdue in the Big Half. Her Aldershot clubmate Purdue was also set to compete in London but withdrew earlier this month due to injury.

Barlow will also fancy her chances of taking the British crown and is the quickest over the marathon having clocked 2:30:42 in London last year. That performance earned the 32 year-old a place on the GB team for the World Championships where she finished 43rd. Barlow has raced plenty this year, taking on the 13.1 miles distance on four occasions and ending that sequence of races with a  72:35 PB run at the World Half Marathon Championships last month.

Debutant Rebecca Murray will be the unknown quantity in the women’s line-up. The 23-year-old has just returned from Font Romeu this week and has a half marathon best of 72:59 set in Manchester in 2016.

The Bedford & County runner’s only half marathon this year saw her clock 73:59 to finish eighth at the Big Half.

“I’m looking forward to giving the marathon a good first go, said Murray. “London is such a well organised and prestigious event in the British racing calendar.

“I’ve always loved running on the roads, I guess the thinking is that I’m at an age where I can experiment with what works for me. I’m not taking it lightly as it is a totally different kettle of fish to the races I usually do, but I have faith that the plan Alex [Stanton] and I have worked to will have me prepared. As for a target time, I have a pace to set out at but we shall see how that goes!”

Behind both elite start lines, there will be a host of top runners on the championships start line and expected among them are 2:30 marathoner Louise Damen, in her first 26.2 miles since 2014, and Tonbridge’s marathon debutant Henry Pearce, who clocked a personal best 65:49 at the Big Half.

While Carruthers, is a relative newcomer to competitive running and only joined her first club, Rotherham Harriers, earlier this year, but is already becoming one the UK’s brightest road running talents. She only started training seriously last November but has clocked a 35:15 10k and a 79:10 half marathon as well as the fastest long leg at the Northern Road Relays.

Predictions: who will the first British runner (outside of Mo Farah).