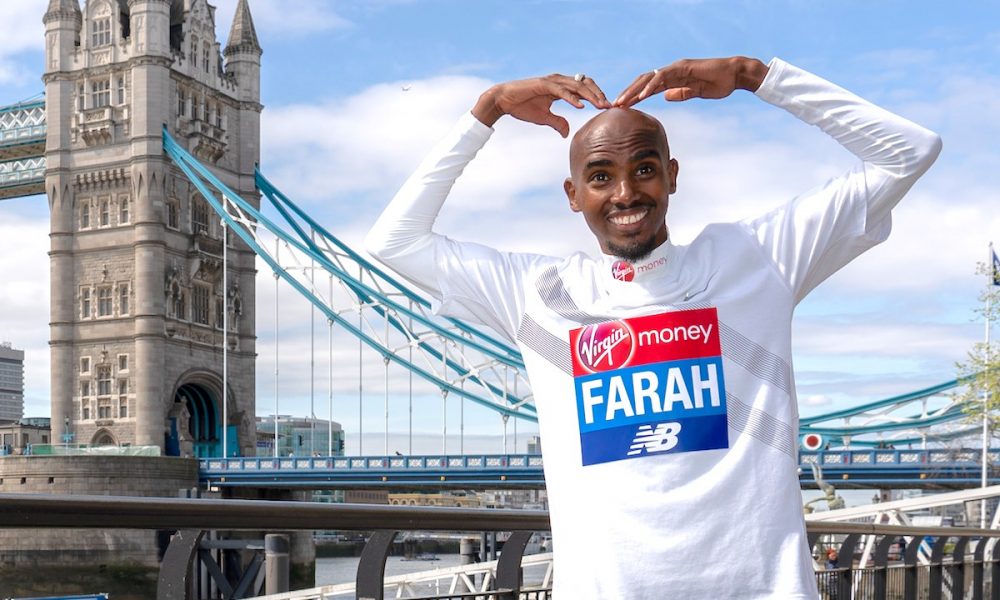 The British marathon record-holder is happy Farah has gone in a new direction and offers his thoughts on pacemakers.

Steve Jones is pleased Mo Farah has distanced himself from former coach Alberto Salazar as he embarks on his new career over 26 miles at the Virgin Money London Marathon this Sunday.

The four-time Olympic track champion parted company with the controversial American coach last year after his farewell track appearance and teamed up with Gary Lough, husband of Paula Radcliffe, as he bids to make a mark on the marathon.

Jones, who has said he is sure Farah will break his 33-year-old British record on Sunday and maybe the world record eventually, said the lead coach of the Nike Oregon Project, who is under investigation, “had pushed the limits morally”.

The Welshman, now based in Boulder, Colorado, said: “It’s good to see he’s [Mo Farah] distanced himself from that group. I’ve known Salazar a long time. He’s more nuts and raisins than most of us are as distance runners and coaches.

“He’s always pushed things to the nth degree and I think that’s what he’s done in this case.

“Would I say he [Salazar] has done anything illegal? I don’t know and I would hope not but he’s certainly pushed the limits morally as much as anything else and ethically.”

Jones made it clear that he was not alleging Farah did anything illegal and said in a separate interview earlier on Thursday: “This is a little unfair to be talking about all this when we’re talking about Mo. I’m not trying to say this is the avenue Mo is taking, or anything, but there is a little taint there. It is guilt by association, I suppose, which is very unfair.”

Meanwhile, Jones believes he will no longer be the UK record-holder for the marathon after Sunday and expects the six-time world champion to break his 2:07:13 mark. Farah ran 2:08:21 in his first completed marathon in London 2014. Jones said: “Without a doubt. It’s a matter of how much as opposed to if. He has all the pedigree, he has all the tools, his track records speak for themselves, and he’s a 2:08:21 guy. It’s not like he’s stepping into the unknown. He’s got the endurance, the race experience – physically and psychologically.”

While some may like to see Callum Hawkins or Dewi Griffiths break Jones’ British record, given the pair’s links to British clubs, Jones was quick to suggest such a view is “a discourtesy to Farah”.

He said: “He’s done the time, he’s put the effort in, he’s made himself the hero that most people see him as, and I’m not saying he deserves to be British record-holder until he actually breaks it, but he’s the guy racing on Sunday going for it.

“Dewi and Callum aren’t. They’re both capable of running 2:07 marathons at some point in their careers, but Mo’s the guy on the start line on Sunday.

“Whether secretly or emotionally you want one of the other two to get it, it’s a little unfair on Mo.”

Many will hail Eliud Kipchoge, the Olympic champion who has dominated the event for several years, as the greatest ever if he breaks Kimetto’s global mark on Sunday, but Jones was more circumspect, referring to his views on the pacing strategy employed by London and others. He said: “I have a dislike how we do it here, which is sad as we’re the purists of the sport – it’s our event, I suppose – that we have pacemakers.

“I think where records are set off pacemakers, whether it’s on the track or on the road, is iffy in my mind, being someone who broke the world record on the road.

“If you look at Chicago and New York and they don’t have pacemakers and you look at the times that are run there – 2:09, 2:07 – we’re back where we were in the Eighties, mainly because people don’t know how to run without a pacemaker anymore.

“I am a purist – I like to see man-to-man competition, not six guys leading one guy to 30-35km and letting them get on with it.

“I don’t know – is he the best ever if he’s running under those conditions? I would say no.”