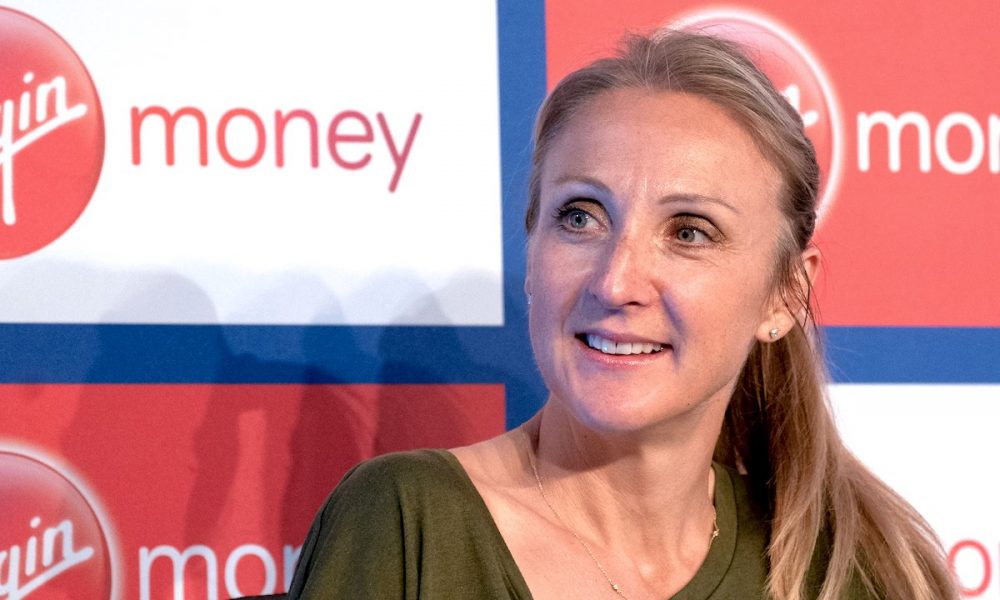 Mary Keitany stated at the beginning of the year that she would target Paula Radcliffe’s world record at the Virgin Money London Marathon on Sunday (April 22).

Following that announcement, the focus of the world has been on the women’s only record holder who clocked 2:17:01 to clinch her third victory in the capital last year.

Like Radcliffe did in 2003, the three-time New York City Marathon champion will use male pacers in an attempt to chase the outright record of 2:15:25. The record that really matters.

As one of the longest standing records it would be a shame to see it go, but expect the crowd to get behind the attempt in true marathon spirit.

“To run 2:15 is really something else,” said the Kenyan athlete. “But I will try to follow in the footsteps of the legend, Paula, on Sunday. I must thank the race organisers for their decision to assist the women to see how fast we can go.

“With the male pacemakers, we have a great opportunity and we have to try and see if it’s possible. It would mean so much to me because I’ve had Paula’s record in mind since I started my career. She was an inspiration and that world record is still ahead of me as a lifetime goal.

The 36 year-old ran her fastest ever over 13.1 miles at the RAK half marathon in February, in what was essentially a test run with male pacemakers.

Last year the diminutive athlete ran the first 5km at a blistering 2:11 marathon pace and was ahead of the long-standing record at halfway, but faltered in the second half, laying the blame to running large parts of the race solo.

While Keitany ran the women’s only world record last year in the UK capital, she was not alone, with Tirinesh Dibaba, running the third fastest time ever clocking 2:17:56 behind her rival.

The triple Olympic track gold medalist followed that performance with a win at the Chicago Marathon, and it will be no surprise if the Ethiopian star follows the lead of the male pacemakers as she aims to clinch a first London crown.

“I’ve changed many things in my training since 2017 and feel I’m in better shape now,” said Dibaba, who was third in her marathon debut in London back in 2014. “I took two months’ rest after winning in Chicago and started to train later this time, so my build-up has been different but I’m in better shape as a result.

Radcliffe herself said: “It’s always been just a matter of time. When I set the record, I never thought it would stand for 15 years. But the longer it’s gone on, the more attached I’ve grown to the record and it’s come to feel a little bit like a part of the family. But it’s inevitable it’s going to get beaten at some point.

“So I think Mary’s capable but, first and foremost, she has to concentrate on winning the race because she very much she has a race on her hands against Tirunesh Dibaba, and she’s equally capable of taking the time. It’s not just Mary who could beat the record, it’s both of them.”

Meanwhile, joining the two sub 2:18 runners on the start line, is another two athletes who have dipped under the 2:20 barrier.

Also look out for Brigid Kosgei of Kenya. The marathon youngster has a 2:20:22 PB and took the race with a fast start at the Honolulu Marathon last December. The 23 year-old has set herself a 2018 target of running 2:17 or 2:18. Whether that is in London or not we will have to see this weekend.

Rose Chelimo tasted success on the streets of London last summer when was crowned as world champion and cannot be discounted in a hot race if the athletes are made to pay for fast starts. The Bahrain runner has a PB of 2:22:51.

Lily Partridge and Tracy Barlow lead the British charge at the London Marathon and a detailed preview of the top GB runners competing can be found here.

Paul Halford: She is capable but on balance, I’d say she is more likely not to than to do it, given the many factors. The less than perfect conditions may mean she gets into a race.
Ruth Jones: No, Keitany won’t break the record, but she will come close, I predict 2:16:00.
Robbie Britton: Nope, but maybe break her own record – 2:16:37.

What time does the race start at?
The elite women’s race starts at 9:15am.

A preview of the men’s elite race can be found here, where we ask who will win and can Mo Farah break the British record?