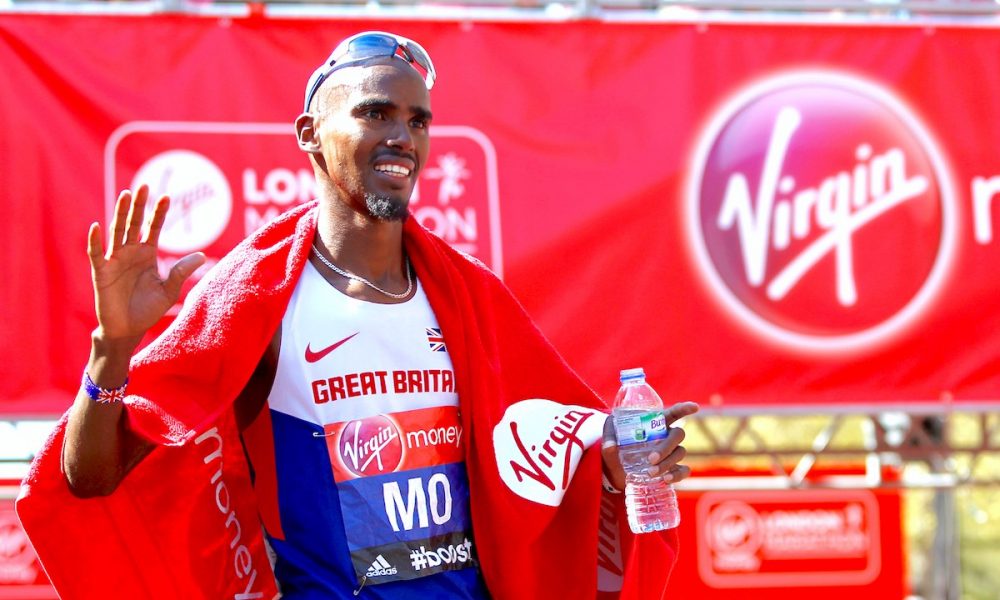 The former track star will go for the British marathon record among a loaded elite men’s field in London.

Mo Farah will join three giants of marathon running on the Virgin Money London Marathon start line on Sunday (April 22), and despite the expected high temperatures, he is cool and calm ahead of his second race over the distance.

The 35 year-old stated he will “definitely go after the British record” of 2:07:13 when he faces Eliud Kipchoge, Kenenisa Bekele and defending champion Daniel Wanjiru, with the three more experienced marathoners favourites to contest the 2018 crown.

It was Wanjiru’s third marathon and backed up his superb run in Amsterdam in 2016, where sliced almost three minutes off his 2014 debut run.

Ethiopia’s Bekele returns determined to clinch his first London victory and with a 2:03:03 PB he is the fastest in the field and the second quickest of all time. Bekele’s last race was in December where he clocked 73:48 over the rarely ran distance of 25km in Kolkata, India.

Although Kipchoge, the third fastest of all-time (2:03:05), is considered by many the best marathoner ever and goes into the race as the favourite to clinch the 2018 title. Although temperatures are expected to reach 23C for the mass race, the elite race should not exceed 19C, so while not perfect conditions for world records, who can doubt these two if they go at it together.

“If I was to win on Sunday, it would mean so much. It would show my consistency and I would be the happiest man on earth. To win London three times would be the best,” said Kipchoge, who has only failed to win one of his nine marathons.

While the victory will most likely be out of reach for Farah, the British record is not. The four-time Olympic gold medalist ran 2:08:21 in his one and only venture over the distance four years ago, and now retired from the track and focusing only on the roads, many will be surprised if Steve Jones’ long-standing best doesn’t fall.

Jones, who set the record at the Chicago Marathon in 1985, said: “Without a doubt, he’ll beat it, it’s not as if he’s stepping into the unknown. He’s got the endurance, the race experience, physically and psychologically. He’s got all the tools.”

Farah’s only race this year was the inaugural Big Half in March, which he won in 61:40 finishing three seconds ahead of Wanjiru.

Another name to watch out for is Bedan Karoki, who finished third on his debut last year and ran a fantastic personal best 58:42 for a second successive RAK half marathon victory two months ago. It was a 28 second PB and moved him to number four on the all-time list.

Whilst there is a big jump from the Kenyan’s 2:07:41 to the front of the field, the half marathon speed and a fourth-place finish in the 2017 10,000m World Championships leaves him as one not to discount.

The same can be said for the potential of Guye Adola. The runner who only decided to race in the Berlin Marathon on the Wednesday before the race and then posted the quickest debut in history of 2:03:46 to finish second to Kipchoge.

Elsewhere, Stanley Biwott, a former winner of New York Marathon, has been forced to pull out, as has World Championships bronze medalist Alphonce Simbu. Kenyan Biwott has a personal best 2:03:51 and was the fourth quickest in the elite men, while Tanzania’s Simbu ran a PB 2:09:10 to finish fifth in last year’s race.

Predictions: who will win and how quick will Farah run?

What time does the race start at?
The elite men’s race starts at 10am along with the mass start

A preview of the women’s elite race can be found here, where we ask will Mary Keitany break Paula Radcliffe’s record?