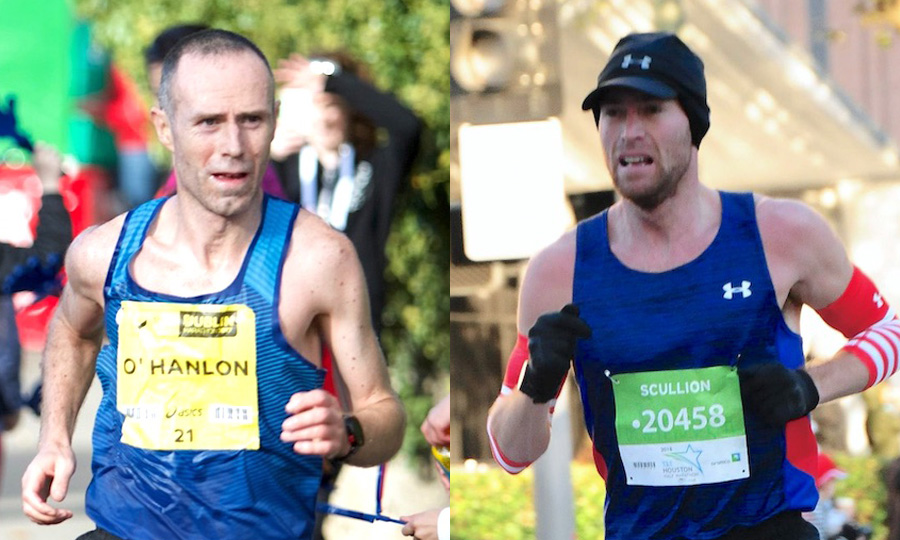 Irish attention will be fixed on two men at the Virgin Money London Marathon on Sunday (April 22).

Stephen Scullion and Gary O’Hanlon will both be on the start line in London as they chase the qualifying time for the European Championships in August.

The pair both have their own unique stories; Scullion has stepped away from running multiple times, and it’s safe to say it has been a love/hate relationships with the sport so far.

Now having spent most of late 2017 and earlier 2018 in Flagstaff, Arizona, under the guidance of Stephen Haas, Scullion has never been in better in shape ahead of a marathon.

At the beginning of the year, he ran a big personal best 63:16 at the Houston Half Marathon and spoke to Fast Running after that performance about the improvements and changes he’s made.

“It was the little things that I was getting right in Flagstaff this time,” he said in the January interview. “Getting my naps in, using the Normatec for recovery, eating well, self-massage and just doing the hard work.” A disappointing run at the World Half Marathon Championships in March followed, but after a confidence boosting – two wins in two days – in a half marathon and 10k in Northern Ireland a fortnight ago, the Belfast man could be one to watch on Sunday if everything clicks for him.

He clocked his PB at the Dublin Marathon last year, where he was the surprise winner of Irish national title, finishing ahead of Scullion and others. That win, secured him a place on the Irish team for the European Championships this summer if he can run the sub 2:17:00 qualifying on Sunday.

In February, O’Hanlon also bettered his own 50k national record.

Elsewhere, 25 year-old Eoghan Totten makes his debut over the distance. The Newcastle AC runner ran a 66:14 PB at the Barcelona Half Marathon in February.