Elite only VLM as mass race moves to October 2021 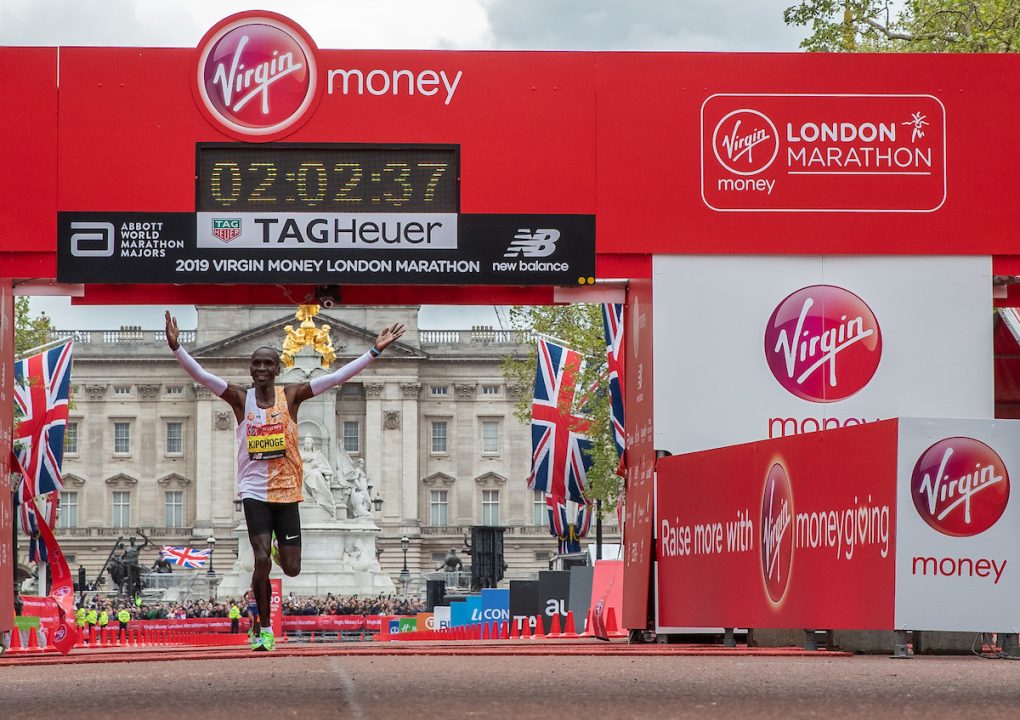 The Virgin London Marathon will take place on 4th October as an elite only race with a virtual race option for the mass field. The 2021 race will move to October.

Elite races for men, women and wheelchair athletes will take place on an enclosed looped course in St James’s Park in a secure ‘biosphere’and times will be eligible for Olympic qualification. Spectators will not be present with the race live on the BBC.

The race has confirmed that the head-to-head between Eliud Kipchoge and Kenenisa Bekele will still take place and Brigid Kosgei will head the women’s elite race. The wheelchair field will include the likes of David Weir and Manuela Schär.

Thus far Callum Hawkins is the only qualified marathoner for the Games and British Athletics have recently confirmed they intended to still proceed with a trial race in April 2021. How this now works with VLM moving to October in 2021 remains to be seen.

After months of anticipation the news will be disappointing if not surprising to the thousands of non elite athletes due to take part this year. The race has confirmed that runners can defer they place to a future London Marathon in 2021, 2022 or 2023.

Organisers, who have been integral to the development of guidance which has allowed the commitment of smaller road races, say the move of the 2021 race to 3rd October was to allow the very best chance of a full mass race taking place.

“We have been working for months on a number of different scenarios with the health and safety of our runners, our charities, our sponsors, our volunteers, our medics, our communities and our city always our priority,” said Hugh Brasher, Event Director of the Virgin Money London Marathon.

The biggest challenges were not those involving participants but the multiple issues of managing spectators, ensuring the emergency services had access across London with the recent changes to the roadscape, the increased likelihood of a second spike that has led to the recent cancellation of spectator trials at major events and the ongoing concern about the pressure even a reduced size mass participation marathon might put on the NHS.

Despite all our efforts, the fantastic support from all of our partners and the progress that has been made on planning for the return of smaller mass participation events that are not on the roads, it has not been possible to go ahead with a mass socially distanced walk or run.”

Everyone with a place in the 2020 event will still have the chance to take part in the 40th Race by running the marathon distance from home or anywhere in the world on the course of their choice said a London Marathon press release.

Participants in the 2020 Virgin Money London Marathon will have 24 hours to complete the 26.2 miles, from 00:00 to 23:59 on Sunday 4 October. They can run, walk, take breaks and log their race on a new London Marathon app being developed by event partner TCS.

Runners can also use their time, with appropriate supporting evidence, to apply for a Good for Age or Championship place in 2021 say the race.

Questions over GFA and Championship entry

Questions have been raised by some runners around a policy requiring any runner with a Good For Age or Championship qualification from pre January 2019 to complete the virtual race in order qualify again.

In what has clearly been a challenging time for the organisers in order to balance the demand for entries in coming years some runners will feel they have been harshly treated seeing their previously qualification time discounted.

“We know how disappointing it is that the Covid-19 pandemic means that it’s not possible this year to run the famous course on the streets of London,” said Brasher.

“But we’re offering everyone who has a place this year, or who had already deferred to April 2021, the chance to participate in The 40th Race and every eligible runner also has the chance to run on the streets of London in 2021, 2022 or 2023.

If existing runners do not want to take part in The 40th Race, we will be offering their places to other runners who would like to raise vital funds for charity.”

The impact on the charity sector is significant. In 2019 the Virgin London Marathon raised a world record £66.4 million for good causes and it will be hoped that the range of options put in place by the race will ensure that a high proportion of this fundraising is maintained in 2020.