Half Marathons in Belfast and Charleville Take Centre Stage Across Ireland 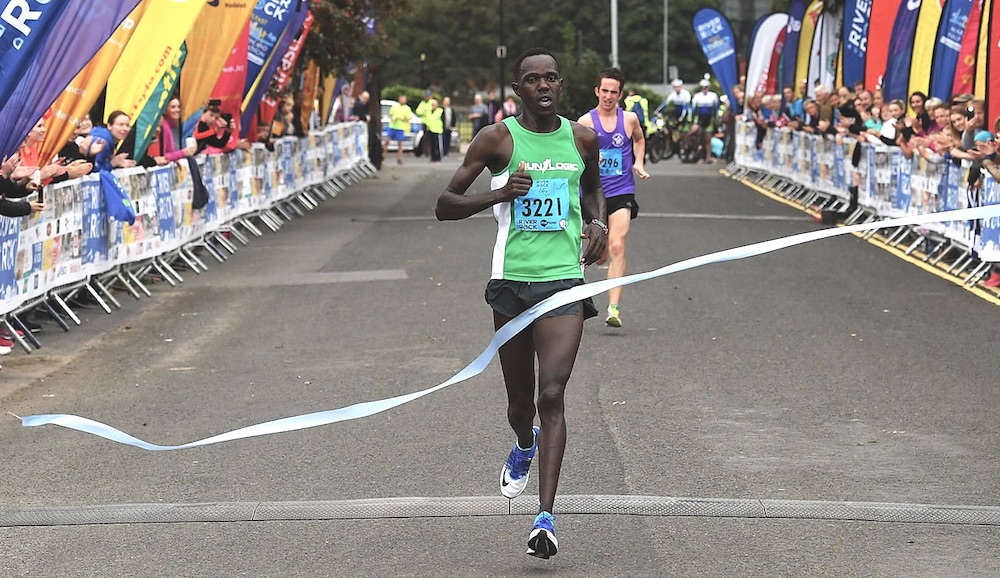 Half marathons are the focus across the island of Ireland this weekend, with leading races in Belfast and Charleville, both renowned for competitive races up front and both taking place on Sunday (September 15).

Just two weeks ago, Sittuk was in action over the 13.1 mile distance, to retain his Waterside Half Marathon title in 69 mins 9 secs. Sittuk followed this up with three races victories last weekend, the Tony O’Donoghue 10km in Moone, Co Kildare, followed by the Dromiskin 5km in Co Louth on Saturday and then the Ratoath 5km on Sunday morning.

Fellow Kenyan, Gideon Kipsang, representing Derry Track Club, and Northern Irish athlete Stephen Scullion, who runs in Clonliffe Harriers are certain to give Sittuk a hard race. Kipsang, who like Sittuk, spends much of his time in Ireland, ran 63 mins 56 secs at the Peterborough Half Marathon last year and was a clear winner of the Bobby Farren 5km last Tuesday evening in 14 mins 51 secs.

England-based Scullion is in steadily improving form having run 2:17.59 at the London Marathon last April and 65 mins 52 secs at last weekend’s Great North Run, which puts him third on the current Irish listings behind Kevin Seaward of St Malachy’s and Rathfarnham’s Sean Hehir. He is targeting the SSE Dublin Marathon at the end of next month.

The women’s entry has a more local field, led by Amy Bulman of Willowfield Harriers, who ran 81 mins 15 secs at this year’s Larne Half Marathon.

Dubliner John Travers of Donore Harriers, better known as a track man, makes his debut at the Kerry Foods Charleville International Half Marathon where entries have closed at a record 1,400. Last month, Travers finished second in the gruelling 15km Warriors’ Run in and around Knockrarea mountain outside Sligo, where he is based.

Another athlete moving up the distances is Laura Shaughnessy of DSD, who is favourite to win the women’s race in Charleville. After a summer break, Shaughnessy proved that she had lost none of her fitness when she won the Lakes 10km last weekend.

The course is billed as the fastest and flattest in Ireland. Last year’s winners were Olympian Lizzie Lee of Leevale, with defending champion Ismail Ssenyange, originally from Uganda, overall winner in 65 mins 49 secs.

Over the shorter distances, pick of the races is the Harry Mallon/Willie Connor 4-Mile organised by Boyne AC in Drogheda on Sunday (12 noon).

Running for Northern Ireland in the men’s U20 race Oisin Brennan, Ethan Dunn, Tom Magee and Jonny Brattle with Molly Brennan and Leila Ponziani going in the women’s U20 race. Conall McClean, Jamie Anthony, Callum McCabe and Tony McCambridge make up the men’s U17 team, with Miceal McCaul also running.