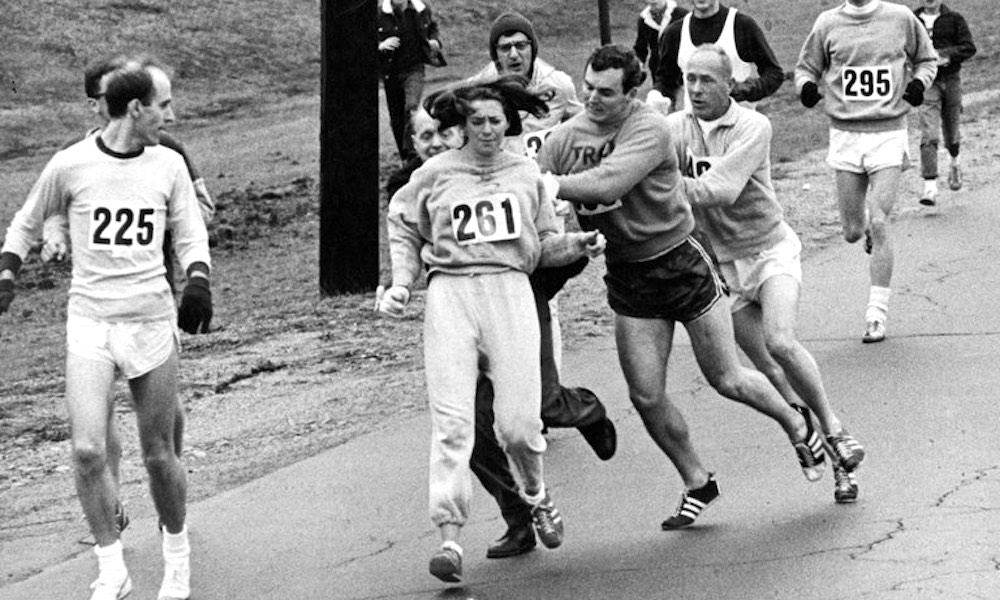 Women’s running pioneer Kathrine Switzer has been named as the official starter of the elite women’s race at the Virgin Money London Marathon on Sunday (April 22).

Switzer, who challenged the all-male tradition of marathon running when she became the first woman ever to race the Boston Marathon in 1967, will also start the elite wheelchair and the World Para Athletics Marathon World Cup races, before joining the mass start line to run the London Marathon for the first time.

When Switzer ran in Boston, women were barred from running marathons. She entered using just her initials and became known worldwide when a race official tried and failed to forcibly remove her from the competition.

Switzer finished the race and proved to the world that women could run the 26.2-mile distance, paving the way for every woman who has run a marathon since.

Now 71, she won the 1974 New York City Marathon, has been a tireless campaigner and advocate for women’s distance running since her barrier-breaking run in Boston and her presence in London is fitting in the year when Britain is celebrating the 100th anniversary of women first gaining the right to vote.

Switzer went on to organise a global series of 400 women’s races in 27 countries, was instrumental in getting the women’s marathon added to the programme of the Olympic Games in 1984, and created a global non-profit movement called ‘261 Fearless’ that empowers women through running. 261 was the number Switzer wore at the 1967 Boston Marathon and has become synonymous with women’s equality in sport. Switzer will wear that iconic number again during the 2018 London Marathon.

The elite wheelchair race starts at 08:55 on Sunday, followed by the World Para Athletics Marathon World Cup races for ambulant athletes at 09:00 and the women’s elite race at 09:15. All those races will start from Shooters Hill Road at Blackheath.

The elite men, UK championship and mass races will be started at 10:00 by Her Majesty The Queen from Windsor Castle, where her grandmother, then Princess Mary, started the 1908 Olympic Games marathon 110 years ago. That race became famous as the first to be held over the ‘classic’ 26.2-mile distance.

It’s a sign of how far women’s marathon running has come in 51 years that the elite women’s race she will start on 22 April will be the first ever to include two women who have run quicker than 2 hours 18 minutes, while four in the line-up have broken the 2:20 barrier and seven have finished inside 2:22.

The elites will be followed by thousands of club athletes, fun runners, charity fundraisers, celebrities, politicians and fancy-dress costume wearers. Among those in the mass field alongside Switzer will be 13 contestants from the Great British Bake Off, 18 firefighters who were among the first responders to the Grenfell Tower blaze in west London last June, and 10 runners from #StephensTeam raising money for the Stephen Lawrence Charitable Trust on the 25th anniversary of his murder in a racist attack.