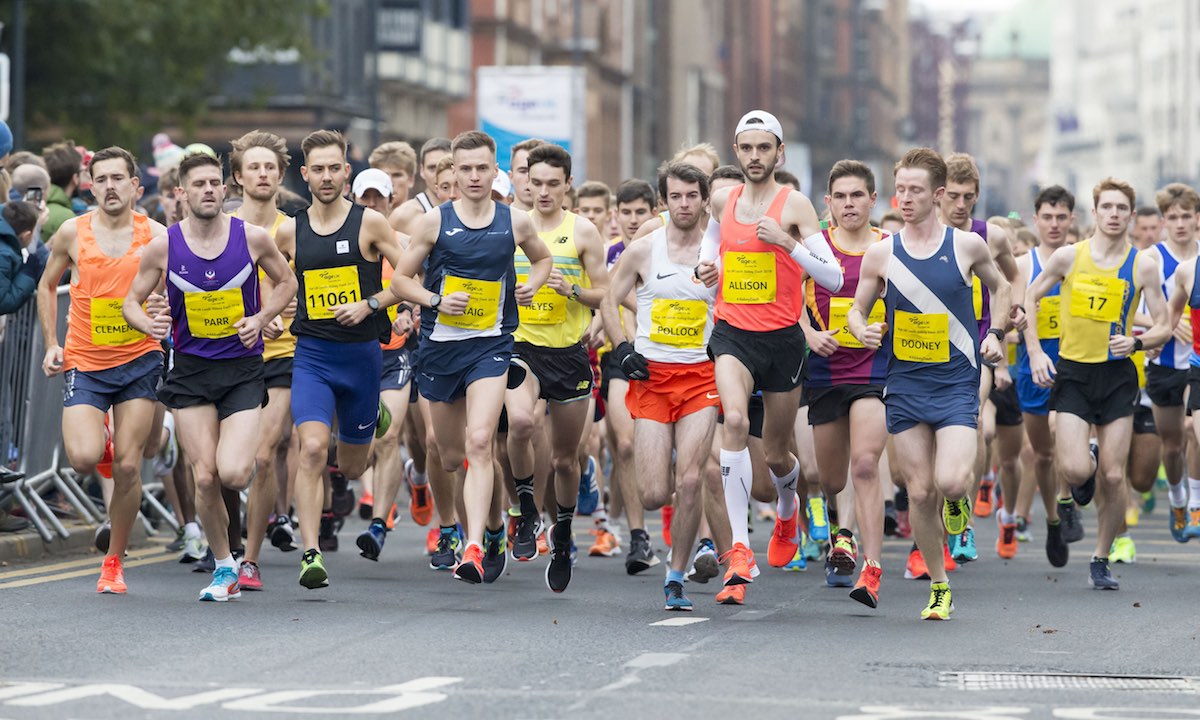 Andrew Bennett has run the Leeds Abbey Dash 32 times so who better to ask why anyone should run the Yorkshire classic.

Upon discovering that the Leed’s Abbey Dash was exactly one day older than himself, Fast Running Editor Robbie Britton asked one of the race’s ever-presents about why he keeps going back to the iconic Yorkshire 10km.

Plus nearly sharing a birthday with the event means Robbie will have to run the event one year and update his 10k personal best.

‘What better way to start an Autumn Day’ by Andrew Bennett

The first Abbey Dash took place on Sunday December 14th 1986 from The Headrow to Kirkstall Abbey and back. The morning was crisp, sunny and bright, ideal running conditions. I completed the course in 42 minutes and 15 seconds.

That period saw the start of the running boom but even though there were Marathons and Half Marathons, very few 10K races took place.

The Dash was unique however being run on an out and back course where you could observe the runners returning in the second half of the race, and when you had reached the halfway point, look across to see who was behind. In those early years, my aim would be to reach the Kirkstall lights before the runners had started to return.

All the Dashs, just don’t ask about the one in ’93

I have been fortunate to take part in all the Abbey Dash’s up until the present day, the only blip being in 1993 when I was full of cold and ended up starting towards the back of the field and getting around with a combination of walking & plodding. I can remember my Dad telling me I would be a fool to run.

In the first race all those years ago, there were perhaps 600 finishers which had grown to 8166 last year. In the early races which were held in December, conditions were often cold and frosty sometimes heading back into Leeds into the glare of a low sun over the viaduct and Yorkshire Post Building, and you really had to wrap up.

Tips for the race from someone in the know

Last year I suffered cramp almost immediately but after a drink of water at half way, I improved considerably but just missed an hour. Even on a cold autumn day, it is important to hydrate at the start and top up at the drinks station.

Once again I am entered for the Dash and all being well, I should be on the start line in late October along with thousands of others, be they seasoned Dashers or first timers. For those running for the first time, I recommend you stay hydrated, take it steadily in the early stages and try to enjoy and take in everything about the day. You may be bitten by the bug just as I was.

How has it changed over the years?

The Dash has seen various changes over the years. The rolling start deployed over the last few years where runners assemble in colour coded holding areas is a vast improvement, enabling everyone to start running immediately they cross the line. It replaces the stop start nature of earlier races where runners were immediately looking to make up for lost time.

I never particularly liked the Cardigan Fields loop but gather that has also been withdrawn this year.

Funny or stand-out experience from a particular race year?

When the start was at 11-00, a group of us would meet in a pub afterwards for a pint and to mull over the race but following the advent of the 9-30 start, someone came up with the brilliant idea of having a full English breakfast which would be something to look forward to. We would discuss what had gone well or what had gone horribly wrong.