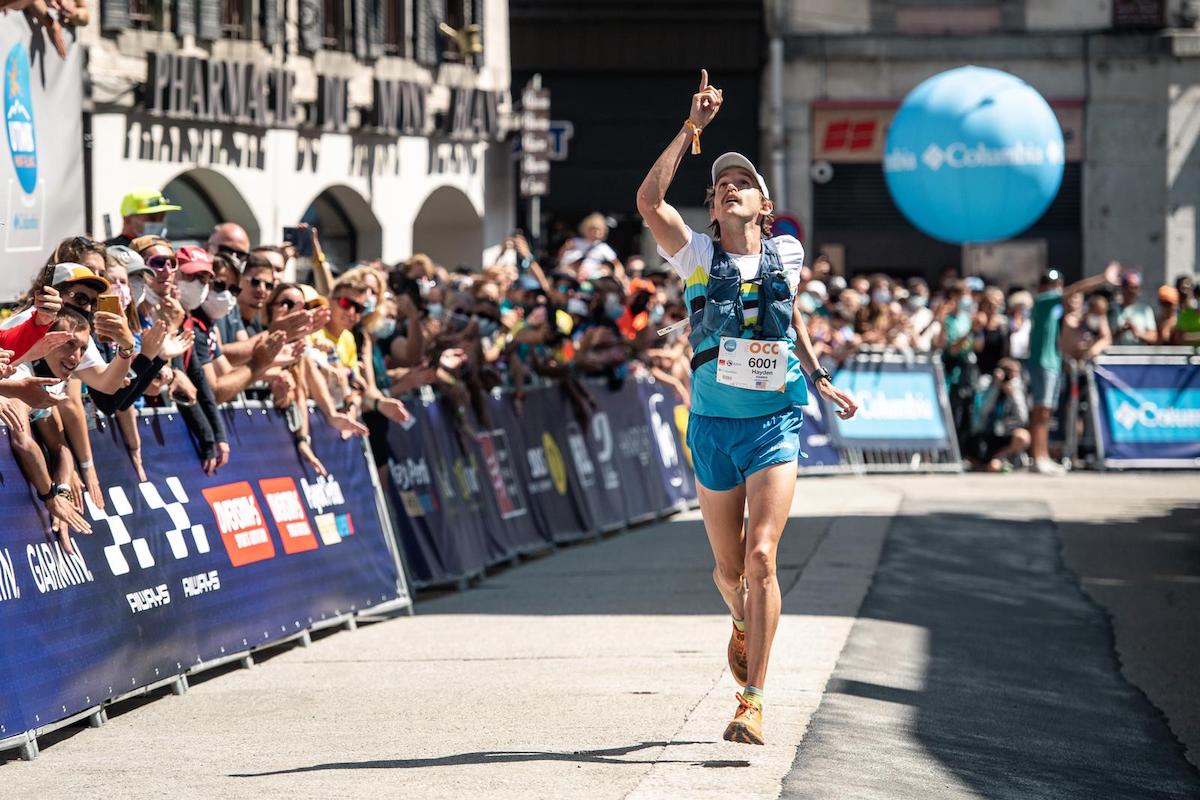 UTMB and Hoka announce a long term partnership between the footwear brand and the world’s biggest trail running festival.

Emboldened by shared origins in the French Alps, UTMB® World Series and HOKA®, a division of Deckers Brands (NYSE: DECK), have announced a multi-year partnership.

Driven by the same pioneering spirit that propelled HOKA’s founders down Mont-Blanc in category-defining trail shoes, the performance footwear and apparel brand is poised to become the first global Premier Partner to the world’s ultimate trail running circuit, debuting in 2022. Striking a natural synergy, both trail icons embrace the power to shape the future of trail running around the world.

As Premier level Footwear and Apparel Partner, HOKA aims to inspire the global trail running community through the newly launched series, as runners compete in the best international events and begin their quest to UTMB® Mont-Blanc and the UTMB® World Series Finals in Chamonix, France.

Announced in May 2021, the new UTMB® World Series seeks to unite and inspire the world-wide community of trail enthusiasts of all abilities and the sport’s biggest stars, giving all runners more opportunities to live the UTMB® experience closer to home with events held across six continents.

A World Series partnership, but no baseball

The partnership is official through 2023, with options to extend to 2024 and beyond. As the Premier level Footwear and Apparel Partner of the UTMB® World Series, HOKA will help bring the global trail running community together not just in Chamonix, but all over the world.

Eight UTMB® World Series Events have already been confirmed, with additional Event announcements planned over the coming weeks. There will be Events in at least eight European countries, as well as eight Events across Asia and Oceania and at least four Events in North and South America.

Throughout the partnership, HOKA will provide a curated assortment of footwear and apparel to volunteers across all UTMB® World Series Events, as well as runners at select Events.

A new range of UTMB® World Series products will also be created and available at some Events and at the official e-shop which will be launched in 2022. It all started in the French Alps

Founded in the French Alps in 2003, UTMB® Mont-Blanc quickly became the most prestigious trail race in the world, spanning 10,000 entrants across seven races.

The event has evolved to encompass a globally branded World Series of international Events that will take place in exceptional locations starting in 2022. A brand founded in the French Alps, HOKA joins UTMB® World Series with a natural synergy, creating a cohesive partnership between two major players in trail running.

HOKA’s role as Premier Partner highlights the brand’s ascendancy in the trail running community. HOKA was first adopted by trail and ultra-runners as a best-in-class footwear option for those seeking to perform to their fullest potential.

The brand has since established a strong presence in the ultra-trail running community, known for its innovative trail running shoe assortment. In addition to top performing footwear, HOKA unveiled a brand-new apparel line in 2020, created from insights by trail running icons like Jim Walmsley, Magdalena Lewy Boulet, Hayden Hawks and Ludovic Pommeret.

The brand’s global presence is growing nearly as fast as its American operations, with fast-growing markets ranging from Europe to Asia.

What the bosses have to say

“HOKA was born in the mountains, and has many meaningful ties to Chamonix, France. We’re honored and humbled to partner with UTMB® World Series under the unified goal of making the special sport of trail running accessible to all athletes around the world,” said Wendy Yang, president of HOKA.

“The passion that UTMB® brings to trail racing is only going to grow, and we’re thrilled to grow along with it as the first brand to join the UTMB® World Series global partnership program.”

“We share a common history with HOKA since many years as we both have grown in the foothills of Mont-Blanc to become leading brands in trail running. We’re thrilled to write the first chapter of the UTMB® World Series together to unite the worldwide trail running community around our shared values and offer all runners the chance to live an extraordinary adventure close to them.”

“We are thrilled to bring HOKA on board as we build the new UTMB® World Series together. HOKA’s shared history with UTMB® and their expertise in inspiring a community of athletes through the Humans of HOKA franchise is the perfect fit as we launch the series in 2022 that is rooted deeply in the core values, spirit, and camaraderie that the trail running community is known for.”