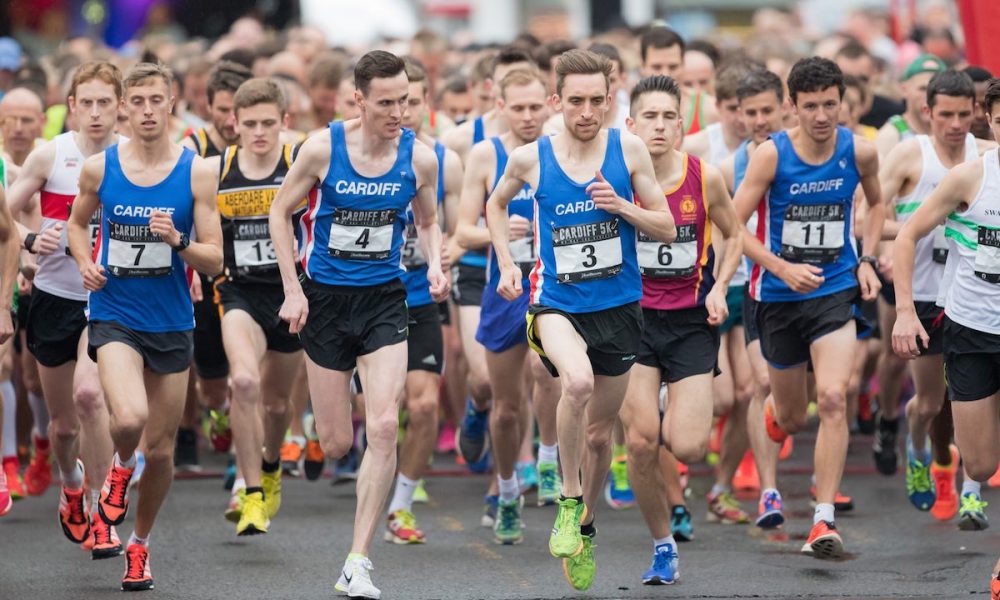 Three of Wales’ top middle-distance runners who competed on the Gold Coast are set to race in Cardiff.

Tom Marshall, Ieuan Thomas and Jonathan Hopkins will go head-to-head at the Welsh 5k Road Championships in Whitchurch, Cardiff this Sunday (May 6).

Marshall, who competed in the 1500m at Gold Coast 2018 and also features on Fast Running as part of the Fast 10: class of 2018, is the defending champion and course record holder and will go up against Thomas and Hopkins, who both competed over the barriers in the 3000m steeplechase.

Among the leading women joining them is local athlete, Charlotte Arter of Cardiff AAC, who’ll be looking for a fast time ahead of racing on the track over 10,000m in a couple of weeks.

Marshall won last year’s race in 14:35 – and said: “I can’t wait to be back to defend my title at the Whitchurch 5k. It’s an event that is done right, with great entertainment, a quick course, and friendly people. I have a feeling this year will be a lot tougher with Hoops, and Ieuan, but I’m not there to make their lives easy.”

“Tom’s the two-time defending champ and beat me to the title the last time I ran in Whitchurch,” responded Thomas, who won the Newport Wales 10k last weekend. “Johnny took me down on the Gold Coast. Does that make me the underdog? Absolutely not. “I’m the only one of the favourites who knows what it feels like to dip the 14-minute mark. I may not be able to outkick the milers, but I sure can outrun them.”

Jonathan Hopkins has the fastest time this year, running a personal best of 14:05 in Armagh back in February, and is looking forward to making his debut at the event: “I’ve always wanted to compete at the Welsh 5km Road Championships but it hasn’t quite worked with my racing plans over the past few years.

“Looking at my racing schedule post-Commonwealth Games, it was the ideal place to get myself back going for the 2018 track season. The field is strong at the front which makes the race exciting. Competition motivates me more than anything and I’m looking forward to battling it out with Tom and Ieuan on Sunday.”

Others with the potential to mix it with the Gold Coast boys, include Carwyn Jones, Cardiff AAC, who was third last year, and Abed Teweldebrhan of Newport Harriers, who was third in last week’s ABP Newport 10k.

RELATED: 5 lessons that have helped me improve as an athlete

In the women’s race defending champion Alaw Beynon Thomas is back but will face tough competition from fellow Cardiff AAC runners, Arter and Clara Evans.

Arter recently represented Great Britain at the World Half Marathon Championships in Valencia, and won the Brighton 10k in a PB of 32:17. “I’m looking forward to getting back to racing again at Whitchurch, it’s been 3 weeks since I raced at the Brighton 10k and it’s a good chance for me to turn my legs over a little bit quicker ahead of the Highgate 10k in a few weeks’ time,” she Arter. “This will be the first time I’ve run the Whitchurch 5k, and I’m really looking forward to it.”

“Charlotte will look to use the 5k as preparation for the Highgate 10k on 19th May where she’ll be looking to qualify for the Great Britain European Championships team.” Commented Chris Jones, National Endurance Manager. “For the boys it’s a rebuilding phase after an intense period during the Games.

“This is an exciting opportunity for them to race each other on the road, before their thoughts turn back to the track, and hopefully pushing for European selection, especially Jon and Ieuan in the Steeplechase.”

Over 2000 local runners will race alongside the elite runners around the closed roads of Whitchurch with a great atmosphere expected again, supplemented by live music, street food stalls, and a supercar parade.