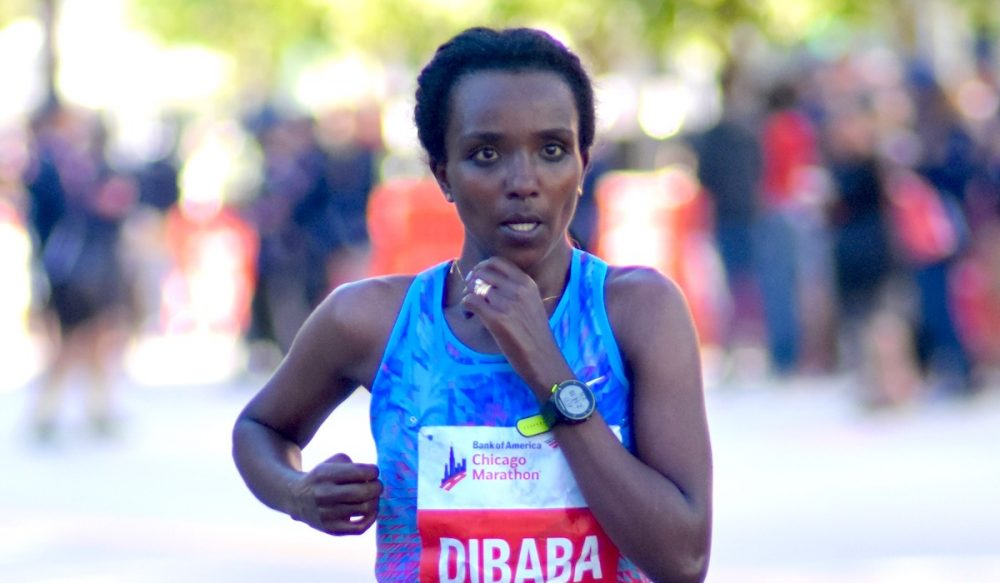 The third fastest female marathoner of all-time will face previous winners Gladys Cherono and Edna Kiplagat in the German capital.

Tirunesh Dibaba has been confirmed in elite women’s field for the 45th edition of the 2018 BMW Berlin Marathon, which takes place on September 16.

The 32-year-old, who has won three gold medals at consecutive Olympic Games (2008 and 2012) and five World Championships from 2003 to 2013, will be joined by Kenyan athletes Gladys Cherono and Edna Kiplagat, who have both won twice in the German capital before, and fellow Ethiopian Aselefech Mergia.

All four athletes have personal bests under 2:20 making it the strongest women’s field for many years. Defending champion Eliud Kipchoge is among the leading entries in the men’s field, which was announced in June.

Dibaba, one of the best female distance runners of all time and the third fastest in the history, will start as the favourite, and also has a point to prove after dropping out of the London Marathon in April. According to the organisers, the 2017 Chicago Marathon champion, who also ran her PB of 2:17:56 that year in London, is keen to better her time in Berlin and, given ideal weather conditions, might even have a chance of attacking Paula Radcliffe’s world record of 2:15:25, set by the Briton in 2003.

Leading the challenge in Berlin will be 35-year-old Cherono, who has won in the German city twice before, in 2015 and 2017, and her best of 2:19:25 was achieved in the first of those victories.

The most experienced contender in the field is 38-year-old Kiplagat. The Kenyan has the most successful record of any of her rivals in Berlin, having twice won the world title (2011 and 2013) and taken silver in 2017.

In addition, she has won the 2010 TCS New York City Marathon, the Virgin Money London Marathon in 2014 and the 2017 Boston Marathon. The scale of her achievements doesn’t end there because Kiplagat also has numerous podium finishes in the Abbott World Marathon Majors series having finished runner-up in London on three occasions from 2011 to 2013, third in Tokyo in 2016 and second in Chicago the same year.

Mergia should have good memories of Berlin since it was here that the 33-year-old Ethiopian won a bronze medal at the 2009 World Championships. She also has an impressive record in the Dubai Marathon, achieving a hat-trick of wins in 2011, 2012 and 2015. Her personal best of 2:19:31 was set when winning the Dubai title in 2012.

Yebrugal Melese from Ethiopia is also in the field and a very experienced runner. She has 14 marathons under her belt and, amongst others, won the Prague Marathon in 2015, and placed second in Chicago (2017 and 2018) as well as in Paris (2014) and in Frankfurt (2017). She ran her personal best placing third in Dubai in January 2018.

Another Ethiopian to be taken into consideration is Ruti Aga who ran her best time of 2:20:41 in Berlin last year when she was second, while Japan’s Mizuki Matsuda won her debut marathon this year in Osaka with 2:22:44.