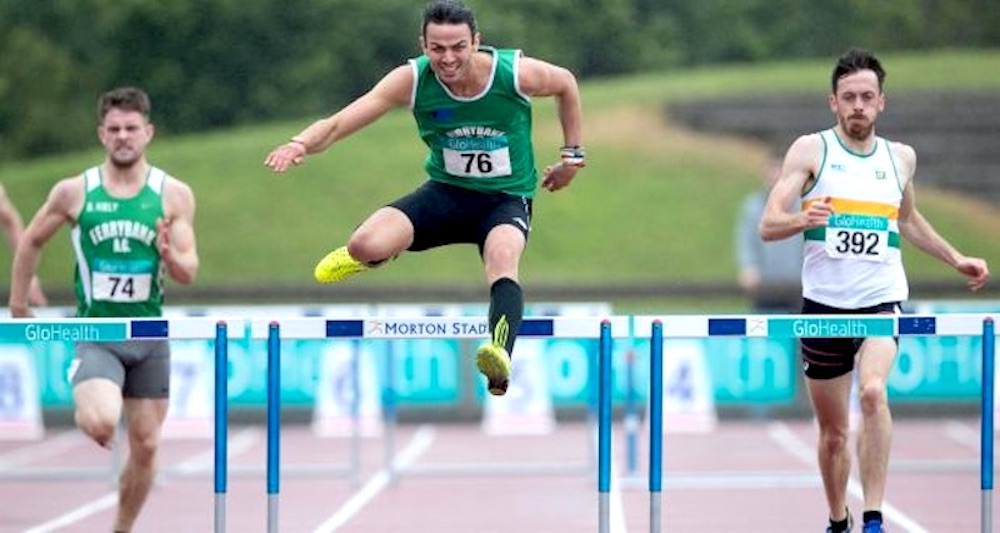 Barr, who finished fourth in the 400m hurdles at the Rio Olympic Games, will go head-to-head with Paul Byrne and Ben Kiely in the invitation event at the AAI Indoor Games in Abbotstown, Dublin.

Byrne, 27, and 25-year-old Barr, last raced one another at the Irish national track and field championships in July last year, with Barr pipping his training partner to the win.

The three athletes took to the starting blocks at the 2016 edition of the competition, with Barr taking the win, Kiely in third and Byrne in fourth.

Byrne, who recently spoke to Fast Running about his experiences ‘when races don’t go to plan’, represented Ireland at the World University Games in Taipei last year.

Keily, a gold medal winner at the European Youth Olympics in 2011, Barr and Byrne, have all just returned from warm weather training in Tenerife and will be keen to open their seasons with a strong performance, in what should be a thrilling race for spectators.

The Irish first, is the last event of the day at 4:35pm in the National Indoor Arena.

Other athletes on the provisional entry list include Olympian Kerry O’Flaherty, John Travers, who won the Raheny 5 mile last weekend and national 100m hurdles champion Sarah Lavin. Danny Mooney and Eoin Everard are among the 1500m entries, with Mooney also down for the 3000m.

The action at the National Indoor Arena gets underway at 11am with the women’s 3000m race walk.

Provisional entries can be found here and timetable here.