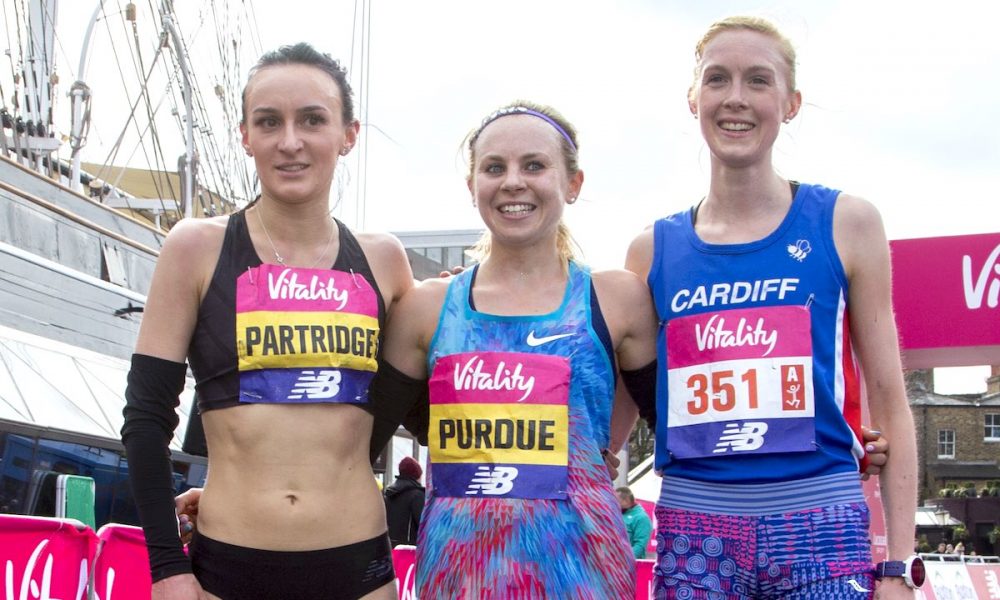 The inaugural half marathon was won by Mo Farah and Charlotte Purdue and general entries are now open for the 2019 event.

Following the success of The Vitality Big Half this year organisers have announced the event will return to London in 2019 on Sunday, March 10.

The first edition of the half marathon, which starts close to the Tower of London and finishes at the Cutty Sark, was won by Mo Farah and Charlotte Purdue earlier this year and featured a number of Britain’s leading distance runners as well as 2017 London Marathon champion Daniel Wanjiru.

Farah took the men’s title in a time of 61:40 before going onto break the British marathon record at the London Marathon, while Wanjiru was three seconds behind in 61:43 and Callum Hawkins finished third in 61:45. Purdue won the women’s race in a personal best 70:29, finishing ahead of Aldershot clubmate Lily Partridge in 71:06. Cardiff’s Charlotte Arter also ran a big PB 71:35 to complete the podium.

More than 11,000 runners of all ages, backgrounds and abilities, many of whom came from the four London boroughs the event passes through – Tower Hamlets, Southwark, Lewisham and Greenwich – took part last March.

Exclusive places, priced at just £10, were provided for community groups from the four host boroughs. Nearly 2,700 runners from these groups took part.

“The Vitality Big Half was a huge success and genuinely a huge step forward in creating an event that reflects London’s unique diversity,” said Hugh Brasher, Event Director of The Vitality Big Half. “Our vision is for an event that is both truly global, with an elite field featuring great runners, and uniquely local as we continue with our ambition to inspire more people, from all backgrounds, to take part in running.”

The 2019 event will once again also feature The Little Half, a family-friendly run for all ages and abilities; and The Big Relay which sees teams of four from the host boroughs of Tower Hamlets, Southwark, Lewisham and Greenwich, run The Vitality Big Half in four legs.

RELATED: Top 15 results from The Big Half

This includes 1,500 discounted entries at £30.00 reserved exclusively for residents in the four host boroughs of Tower Hamlets, Southwark, Lewisham and Greenwich. Details on how to enter 2019’s edition of the The Big Half can be found here.

Community groups from the four host boroughs of Tower Hamlets, Southwark, Lewisham and Greenwich can apply for the discounted £10 places by emailing community.entries@thebighalf.co.uk.