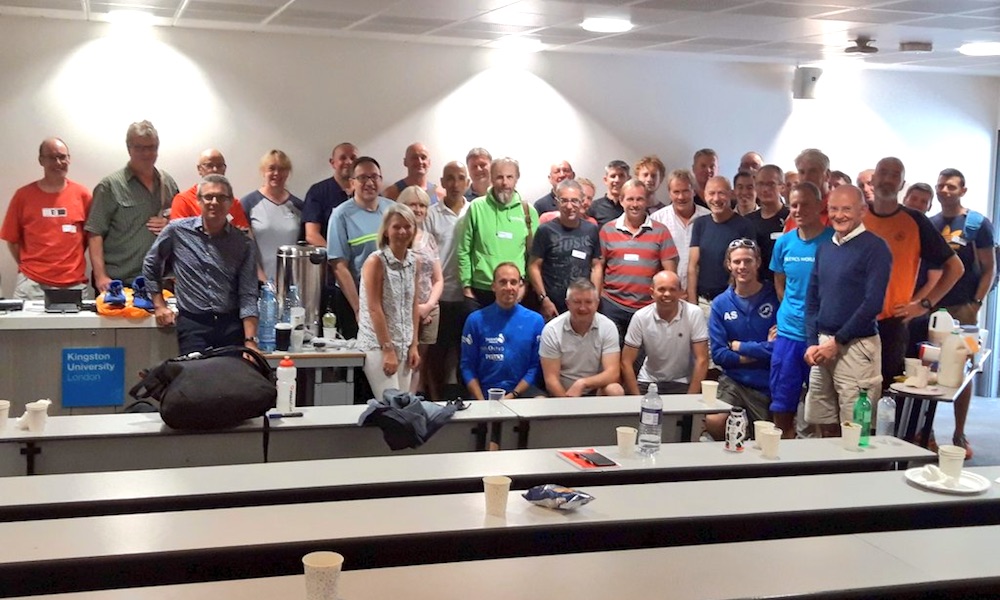 The second event for coaches by coaches will take place in Liverpool next month.

After the success of the inaugural UK Endurance Conference in London, the first event in the North of England takes place in Liverpool on Sunday, November 25.

Three more respected coaches will share their knowledge at the Liverpool Hope University hosted event, four months on from the first conference at Kingston University in London.

Coaches, like anyone in everyday jobs, should have a network of people that they can call on to chat things over, ask people their opinions and think out loud to see if they can solve issues.

The concept of a ‘Community of Practice’ was first theorised by Lave & Wenger in 1991 and then expand on by Wenger in his 1998 book of the same name. A group of people who share the same profession or craft work together to increase their knowledge and share experiences.

A community of practice may naturally occur, but can also be deliberately created. This is key when important networks of experience are spread over a larger area. The UK Endurance conference, organised by Keith Scofield, is working to create a UK network so that British coaching can develop together.

By getting experienced coaches and former top distance runners to share their experiences, it is hoped that coaches can learn best practices, learn from experts and each other, which will hopefully influence the future of British endurance running.

Mike Baxter, a former international runner and coach to athletes like Claire Duck, will talk about his experiences as a runner and a coach.

Allison Benton will talk about the creation and development of her ABT group in Brighton with athletes such as James Westlake, who made his England debut in Toronto recently.

Steve Vernon will be talking about the transition from runner to coach and the formation and coaching of Team New Balance Manchester.

The UK Endurance Conference is a not for profit event and tickets details can found here. There is a limited space at the venue so book early to avoid missing out.