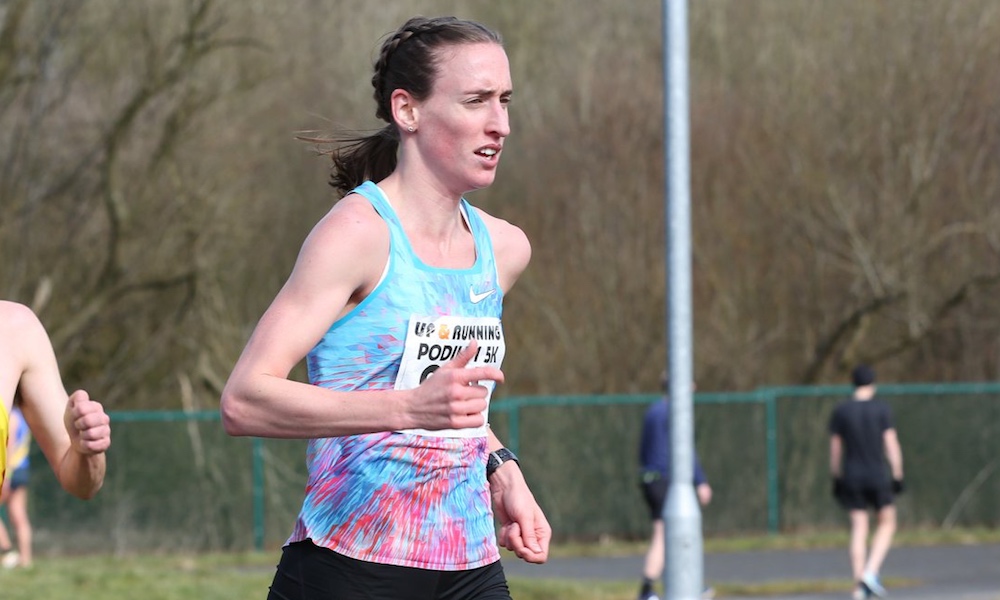 Laura Weightman, Beth Potter and Ben Connor are among the leading entries for the Trafford race.

A stellar field, that includes Olympians, British champions and international athletes will race at the Trafford 10k on Sunday, March 10.

The 2019 edition of the road race, which has traditionally been one of the fastest 10ks in the UK, is set to live up to its rich history with a top field set for the start line this spring.

Following the initial postponement of the 2018 race due to heavy snowfall across the UK, it was Marc Scott who triumphed ahead of Andy Butchart at the rearranged event in September, while previous winners of the men’s race also include Chris Thompson and Tom Lancashire. The Derby AC runner is looking to make a winning return to action following a long lay off with injury and has a 10,000m personal best of 28:14 set in 2018. Connor will face a stiff challenge from the field behind, which includes Mo Abu-Rezeq who has a PB of 29:11.

Sale Harriers’ Nigel Martin clocked a 13:53 PB at the Armagh 5k and should also challenge for the top prize, while Bedford’s Matt Bergin also posted an impress PB of 13:59 in Armagh and is expected to race.

International interest includes Swedish athlete Mikael Ekvall and Dutch runner Bart Van Nunen. Ekvall has a 10,000m best of 28:31 with Van Nunen fresh off a PB of 28:57 at the recent Dutch 10k championships in Schoorl.

Stockport’s Jess Piasecki won the women’s race last year in 32:51 and this year’s race promises to be an exciting contest with 2016 winner Eli Kirk lining up against Laura Weightman, Beth Potter and Rosie Clarke.

Weightman who represented Great Britain at the 2012 Olympic Games in London will look to improve on her PB of 32:31 she set to win the Ribble Valley 10k in 2017.

The 27 year-old comes into the race in good form following a 15:28 clocking at the recent Herculis 5K in Monaco.

However, it’s fellow Olympian Beth Potter who boasts the fastest time on paper with a 10k best of 32:07. The Scottish athlete clocked her PB to win the 2018 edition of the Ribble Valley 10k last December. Clarke is another athlete to keep an eye out for with the steeplechaser recently returning from high altitude training in Kenya and will look to improve her best of 33:03.