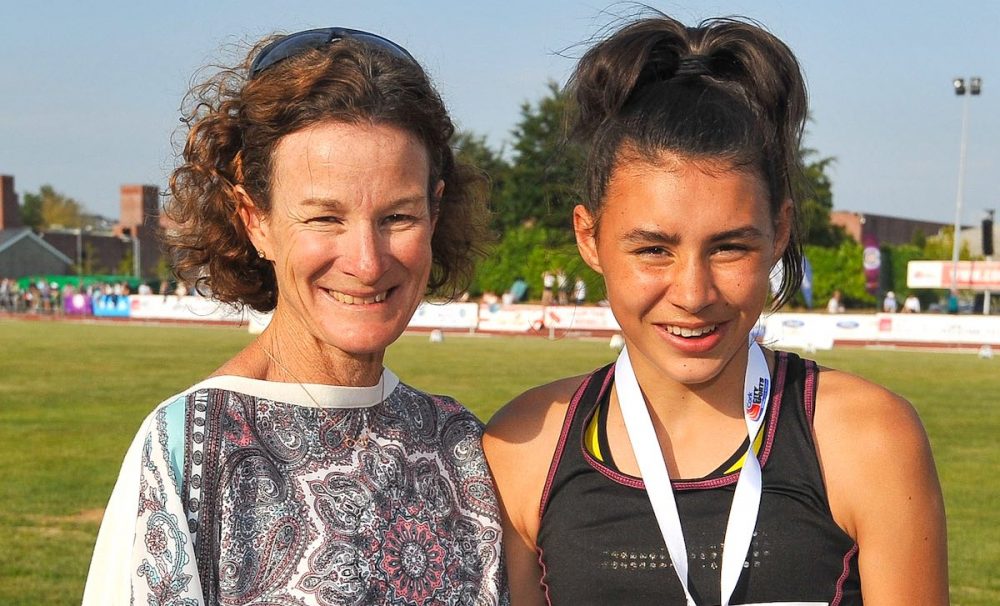 The 16 year-old daughter of Olympic silver medallist Sonia O’Sullivan will run for Ireland next month.

Sophie O’Sullivan has been named in the Irish squad for the European under-18 Championships in Gyor, Hungary, which take place from July 5-8.

The teenager daughter of Irish legend Sonia O’Sullivan, who has both Irish and Australian citizenship, will make her international debut in the 800m.

O’Sullivan raced in Ireland last summer winning three times in seven days, the crowning moment being under-17 gold over 1500m at the Irish National Juvenile Championships.

Sarah Healy, Rhasidat Adeleke, and Cian McPhillips are also among the 23 strong team set for the Youth Championships.

17 year-old Healy tops the 1500m rankings by 10 seconds after her superb 4:09.25 run Tubingen, Germany last weekend. It was the fastest run in 32 years by a European youth athlete.

The fastest U18 European in 32 years!

17 year-old Sarah Healy smashed not only the Irish U18 1500m record but is now the second fastest European youth of all-time!https://t.co/XVwY3zCVNQ

Longford’s McPhillips is another leading light on the rankings and he is second in the 1500m with his time of 3:49.85.

In terms of number breakdown, 15 of the team are girls and eight are boys.

Meanwhile, an Irish U20 team has been selected for the Mannheim Gala this weekend (June 23 and 24). The team is headed by European U20 100m champion Gina Akpe-Moses.

Irish team for European U18 Championships