Sifan Hassan to make half marathon debut in Copenhagen 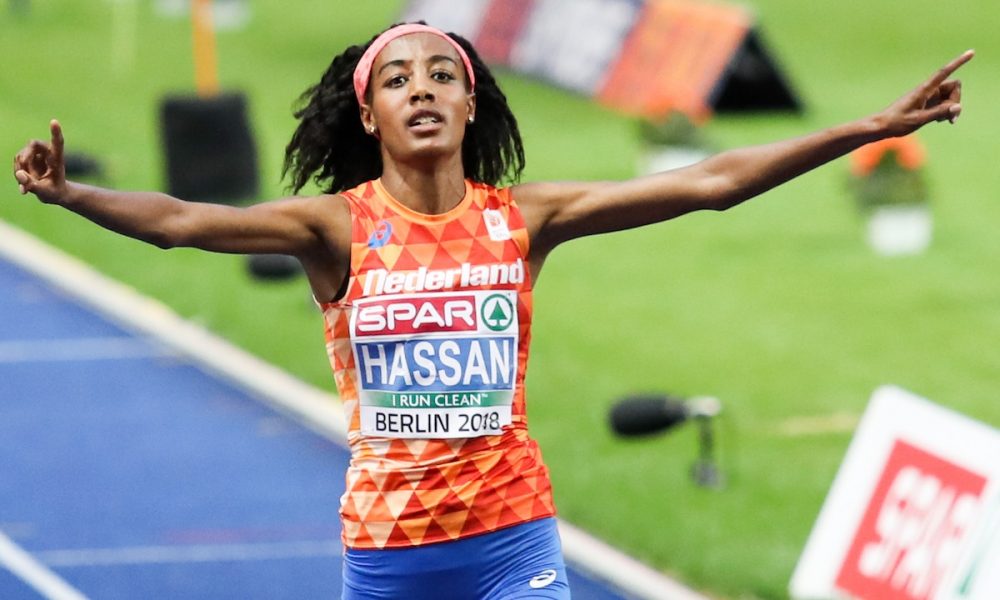 European 5000m champion Sifan Hassan will race for the first time over 13.1 miles at the Copenhagen Half Marathon on Sunday, September 16.

The Dutch star is among a stellar field for the annual Danish capital half marathon event, that includes 15 men who have run under the hour and eight women who have dipped inside 68 minutes.

Having focused predominately on 1500m racing in the past, Hassan joined the US-based Nike Oregon Project in 2016 and has been working towards the longer distances ever since, with European 5000m gold this month in Berlin her crowning moment thus far. The previous month, Hasan also broke the European record and Dutch national record with a 14:22.34 performance at the Diamond League in Rabat.

UPDATE: The Ethiopian born athlete was set to be joined by American training partners Galen Rupp and Jordan Hasay on the streets of Copenhagen, however, the duo have now withdrawn as they focus on the Chicago Marathon in October.

“In the world of running, it is said that CPH Half is going to be the most exciting half marathon in decades,” said Jakob Larsen, director of the Danish Athletics Federation and member of the IAAF Road Race Commission.

“An elite field boasting 15 sub-60 men, three out of four of the fastest half marathon runners over the past six years, and four out of the top-five IAAF ranked road runners, is proof of an extremely high level. Actually, I don’t think we have seen anything like this in many years.”

While Hassan’s debut over the distance will have many watching, there are also eight leading women on the start-line with a sub-68:00 personal best. With four out of the top-ten IAAF world ranked road runners in the line-up, we have a broad field with two major favourites leading the way – one of which will be targeting the world record.

Joan Chelimo Melly, the fourth fastest woman of all time, returns after taking second place at last year’s CPH Half and has announced that she will be targeting the world record in Copenhagen. Netsanet Gudeta, who is reigning world champion and current world-record holder (women-only), is also a strong candidate to seek the win.

“Until now, a world record in the women’s race was not realistic. But with world champion Netsanet Gudeta and Joan Melly in the line-up, we will see a really fast race,” said Larsen. “Melly has announced that she will be attacking the world record, and with a personal best of 65:04 set earlier this year, she has demonstrated that she has the required level”

In the men’s division, the odds favour the defending CPH Half champ, Abraham Cheroben, who set a 2017 world lead time in the streets of Copenhagen when breaking the tape in 58:40. The other major favourite is this year’s Berlin Half Marathon champion, Erick Kiptanui, who has announced that he will be attacking the world record in Copenhagen.

Due to the mind-boggling elite level, Jemal Yimer Mekonnen of Ethiopia, who boasts the world’s third-fastest half marathon time and an impressive 59 minutes dash set earlier this year, must see himself left outside of the favourites to take the win among a field stacked with sub-hour runners.

Also confirmed for the CPH Half is 2017 London Marathon champion Daniel Wanjiru, USA’s Leonard Korir, while outside of the sub-60:00 men, Olympian Paul Pollock will provide Irish interest.

Additionally, second and third respectively at the CPH Half last year, Jorum Okombo and Alex Korio of Kenya, will return to Copenhagen. Together with Cheroben, they were the only three men to dip under 59 minutes in 2017, ranking them eighth and 10th of all times.