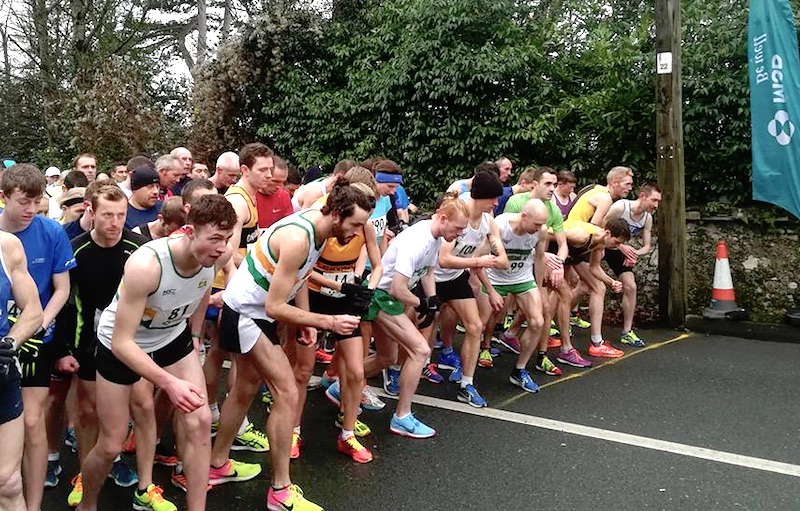 Ireland’s latest middle distance hero Sean Tobin made it a home win at the MSD 4-Mile in Clonmel on December 26, proving the class of the field in a well-supported race.

Following his 15th place at the European Cross-Country Championships, US-based Tobin remained in Europe and headed home for the holidays. His time of 18 mins 34 secs saw him finish 17 seconds ahead of Kilkenny’s Brian Maher and with Kevin Maunsell third and brother William Maunsell fourth. Clonmel AC had three of the top four finishers. Kilkenny track special Eoin Everard was fifth.

First woman was Lizzie Lee of Leevale in 21 mins 32 secs, with Siobhan O’Doherty of Borrisokane second and Sally Forristal of St Joseph’s third. A total of 452 completed the race. Results can be found here.

Paul Pollock and Emma Mitchell were the winners at the 32nd annual Greencastle 5-Mile in the foothills of the Sperrin Mountains near Omagh.

Pollock won his fourth consecutive victory in Greencastle in took the win in 24:31 finishing almost a minute ahead of Foyle Valley’s Scott Rankin and Eoghan Totten of Newcastle AC in 25:30 and 25:50 respectively. His next outing is the San Silvestre Vallecana International 10km in Madrid on New Year’s Eve.

Mitchell, awaiting January 3 confirmation of her place on the Northern Ireland team for the Commonwealth Games in April, completed the course in 28:28. Second was Caitriona Jennings of Letterkenny AC in 28:57 and third was Lauren Wilson in 29:59.

Armagh AC’s Joseph Haynes took the junior title over the 5 mile course in 29:33. Full results can be found here.

Marathon man Mick Clohisey of Raheny Shamrock made it six in a row at the Fields of Athenry 10km in Co Galway. Amazingly, Clohisey is one of only six male winners of the race in its 16 years.

Wearing bib No 1, he didn’t have to work too hard for his victory completing the course in 30 mins 21 secs – not too far off the 30:03 he ran two years ago for hsi fastest time on the course.

Tom Hogan blew away the Christmas cobwebs with a comfortable win in the Streets of Wicklow 5km. His time of 15 mins 47 secs saw him beat Gareth Murran by 23 seconds. Parnell AC junior Derek Crammond was third and Tim Gummell of host club Inbhear Dee fourth.

First of the women was Linda Byrne of DSD in 17 mins 11 secs. Her club-mate Sarah Mulligan was second and Una Britton of Kilcoole AC third.

Winners of the Cavan Dash 5km were John Whelan in 17 minutes and Catherina McKiernan, seventh overall in 18:09. Results at can be found here.