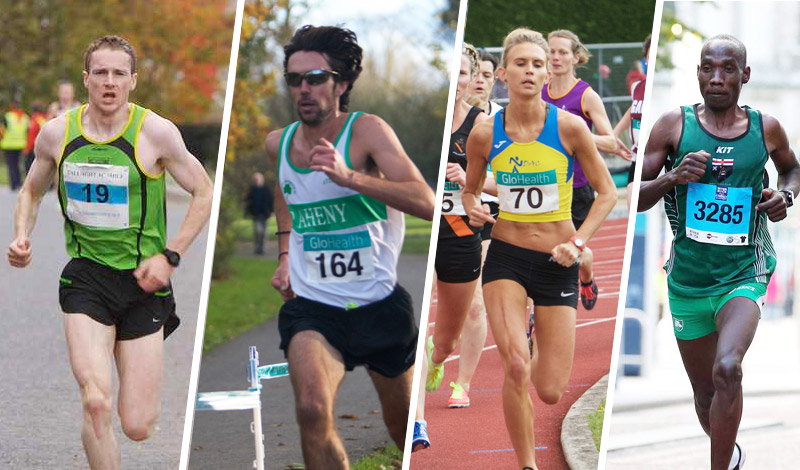 Sean Hehir and Mick Clohisey lead the Irish entry at the Cardiff Half Marathon, while Gideon Kipsang and Jessica Craig aim for titles at Bangor 10km.

Sean Hehir of Rathfarnham WSAF and Raheny’s Mick Clohisey will lead the Irish entry at Sunday’s Cardiff Half Marathon in Wales. Also running is Tom Fitzpatrick of Tallaght AC.

At 25,000 entries, and now the third largest road race in the UK after the London Marathon and Great North Run, the race has attracted a top class elite field from all over the world, led by last year’s winner Shadrack Kimining and local hero Dewi Griffiths.

Hehir ran a marathon personal best of 2:16.18 in London last April which qualified him to run at the World Championships, also in the English capital.

His second run in London didn’t go the plan, with Hehir suffering from the start and doing well to finish, pulling up from 80th and the 15km mark to cross the line 63rd in 2:27.33.

Hehir is pencilled in for the Dublin Marathon, which would mean a third outing over the marathon distance in just outside six months. He returned to his west of Ireland roots to win the Loughrea 10km last weekend in an untroubled time of 31 mins 59 secs and his run in Cardiff may well prove crucial.

Mark Duffy Memorial 4-Mile in just over 19 minutes. The Raheny Shamrock man ran a time of 2:18.34 in London last April and improved that to 2:16.21 at the World Championships. As for Hehir, if he runs Dublin, it will be the third marathon in around six months.

Bangor 10km, Bangor, Saturday 30th September
Over a thousand runners of all standards have signed up for Saturday’s Bangor 10km – the big race of the weekend. Favourite to win the race is Gideon Kipsang, running for Derry Track Club. Kipsang won the Belfast Half Marathon a few weeks ago.

All finishers will receive a unique medal designed by 10-year-old Keira Edgar from Crawfordsburn.

In Munster, Sunday’s Cork to Cobh 15-Miler – one of the few point-to-point races on the calendar – has attracted an entry of close to 700, most of them Business Houses Athletics Association stalwarts. Elsewhere, the cross-country season begins in earnest with county novice championships – a traditional stepping stone for young athletes – taking place all over the country.