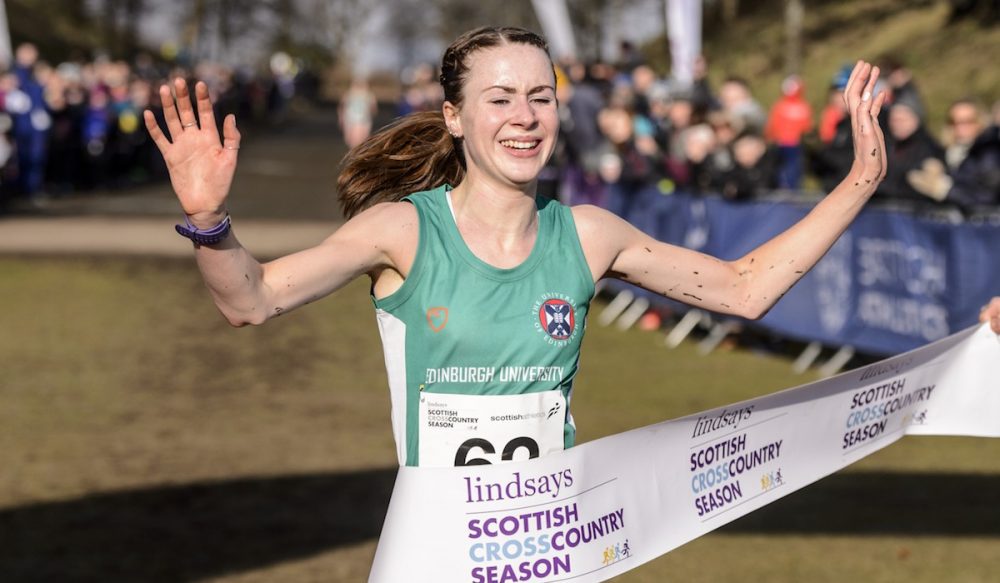 Mhairi Maclennan and Calum McKenzie are among the Scottish athletes heading to Northern Ireland next month.

Scotland has named its team for the Home Countries and Celtic XC events which are incorporated into the IAAF Northern Ireland International Cross Country in Dundold on January 19.

Jo Williams, who finished second at the Scottish East District Championships this month, along with Rebecca Burns and Michelle Sandison complete the team.

Calum McKenzie finished third at the Scottish East District Championships and is joined in the senior men’s team by Alastair Hay and Cameron Strachan, while the fourth spot on the team is yet to be named.

Among the athletes selected for the Celtic XC match at under-17, under-20 and under-23 level are Annabel Simpson and U18 European 1500m gold medalist Kane Elliot. The Northern Ireland team for the cross country meet has also been named and can be found here.