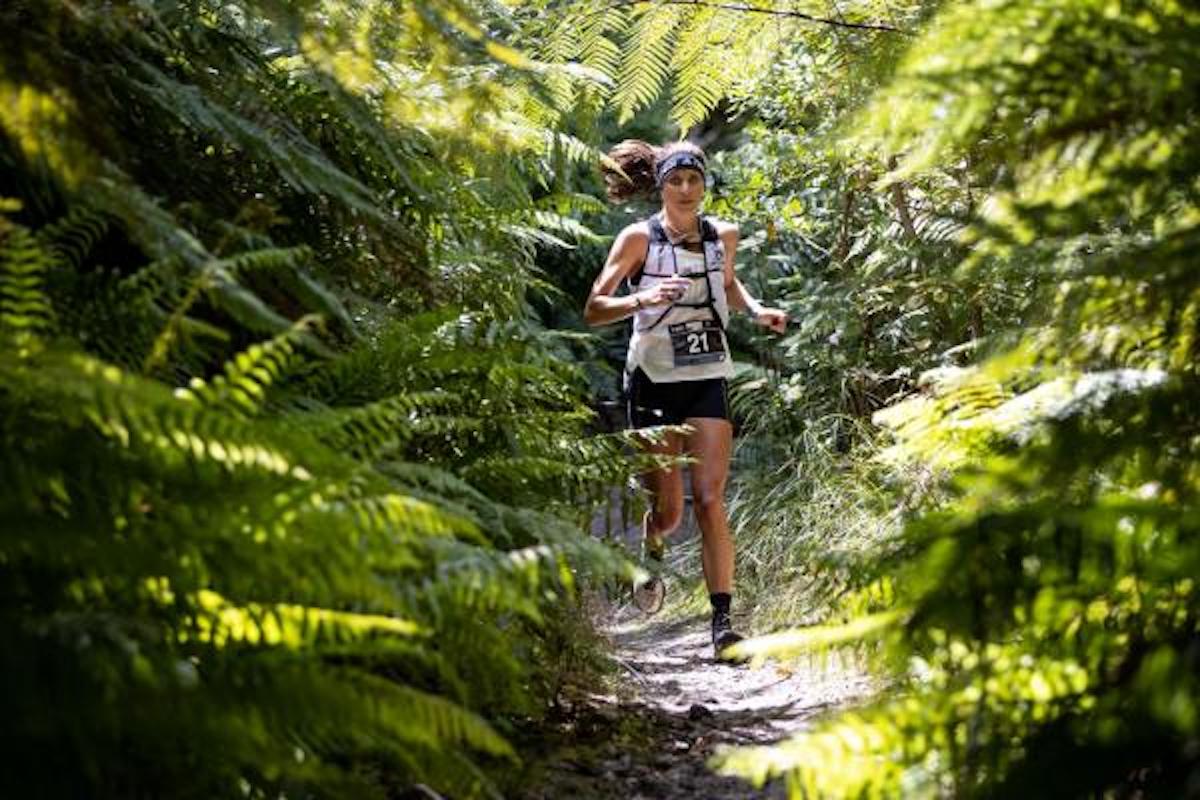 The 2:34 marathoner returned to the race that saw her make that first international impact back in 2015, finishing second in 9:14:32 on the old course. The 9:21:03 for the new course is a course record. We’re a little confused on that too.

Ruth informed us that “the course now runs backwards and you start in Kawerau and finish in central Rotorua hence the change in course record”. The target this year was the mark set by Courtney Dauwalter in 2018.

That year Croft went on to win the UTMB CCC and finish fourth at the ultra competitive 50 mile Endurance Challenge in California, but it was still only a tiny insight into what was to come. In the following years Ruth cemented herself as one of the top mountain and trail runners in the European and world scene.

Jump back to this weekend and the softly spoken Kiwi told the race organisers afterwards that ““I tried to put the hammer down a bit at 31km and then had a good bunch of guys that I was running with,” she said.

“They were dragging me around actually and it got frustrating when they were setting the pace and it felt like it was just a bit too fast but it was always good to have a bit of company out there.”

Obviously the pace was a little bit too fast for all those guys, but ultimately not for the experienced Croft.

Not just a win, but by some margin

It wasn’t just a close battle to the finish with the female runner sneaking it at the line, Croft was a full eighteen minutes and twenty six seconds ahead. A dominating performance, built on years of experience, but also a solid foundation of fuelling in the first half.

“The plan today was to stay on top of my nutrition and hydration in that first half of the race and I was able to do that,” she told organisers.

Second place, and first male, was Rotorua local Rhys Johnson in 9:39:29, with all three top men finishing within six minutes of each other. Ruth is reported to have been relaxing at the hotel pool when this picture was taken. Photo: Graeme Murray

It seems also that the win outright wasn’t the target, but just a by-product of chasing the course record. Croft had the splits for each checkpoint and just made sure tone ahead and stay ahead.

In the last couple of years the Adidas Terre athlete has won prestigious races like the 57km UTMB OCC and the Mont Blanc Marathon, the latter of which I had the joy of seeing first hand as she effortlessly floated past on the final climb, locked in a battle for the win.

I say effortlessly, but you could tell how hard Ruth was working and there was no way I was keeping up. It was great to see a friend taking a victory in such an awesome event. Well, I heard the announcement of her victory from way back on the trail.

Hopefully some Euro races in 2021

After more success in races under the marathon distance in 2020, we hope to see Croft back in Europe battling it out in 2021. With this to add to her success over the 100km distance with races like the CCC and a second place at the 120km Lavaredo Ultra Trail in the Italian Dolomites, we can’t be the only ones looking forward to seeing the Jono Wyatt coached mountain runner go longer.

Clearly with the leg speed to make a big impact on mountain and faster trail ultras, Croft is on the startlist for the 2021 Western States Endurance Run and today’s outing was a chance to practice nutrition with that event in mind.

At just 32 years of age the New Zealander is full of youth in the world of ultra running. Western States will be exciting and plenty of more races to come after that too, but when the start line comes, everyone, male and female, will be worried about Ruth charging past.

For a full race report check out the Tarawera website here. Tarawera is part of the Ultra Trail World Tour and is the second event of the year. Hopefully we see a fun filled calendar of racing in 2021.